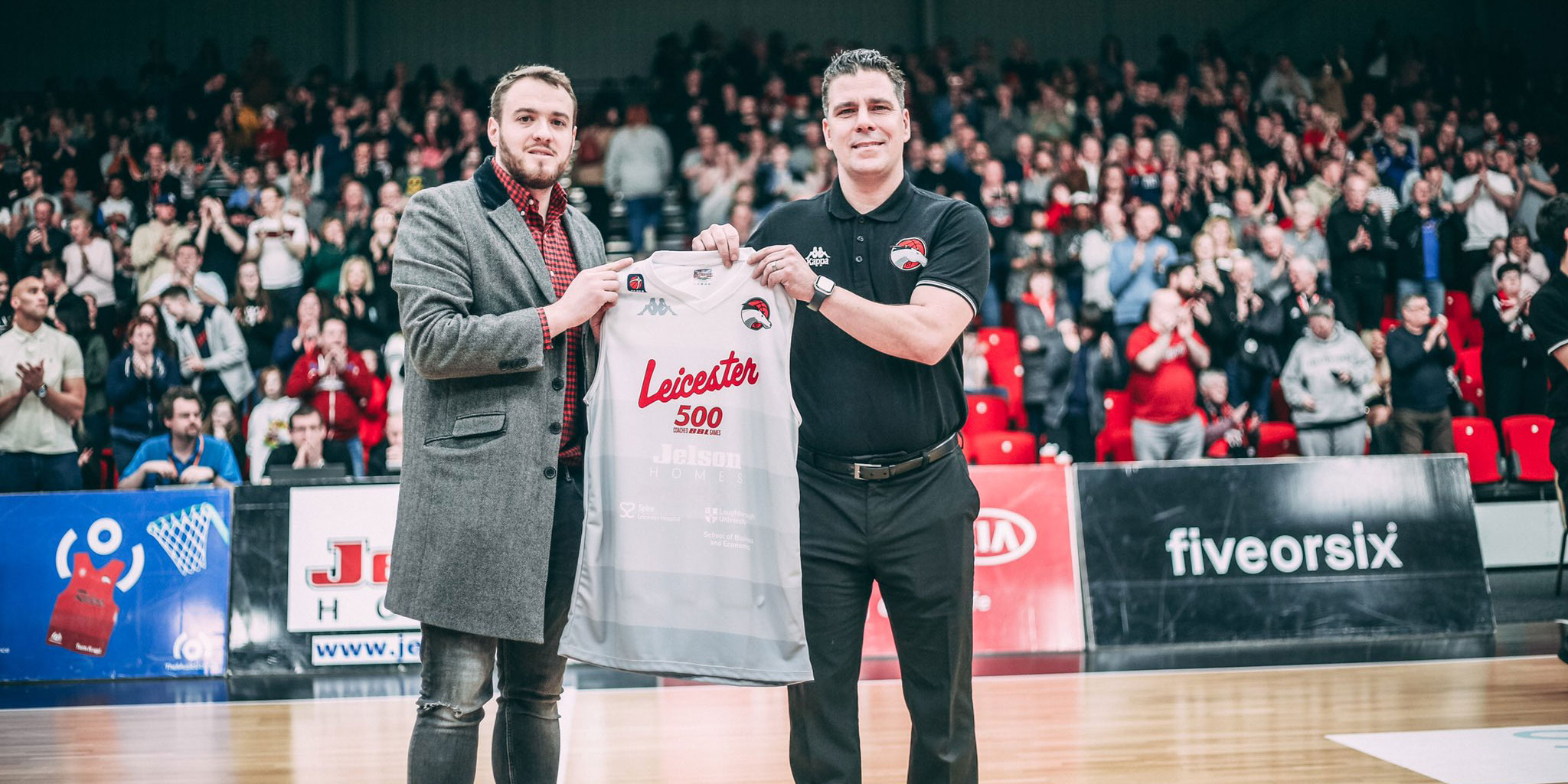 Riders had to work very hard for their sixth straight league win over Sheffield Sharks 87-80 on Saturday night, but then struggled to recover on the road on Sunday afternoon against the London Lions, going down heavily 99-65.

Against Sheffield, Riders led from the middle of the first quarter and had a twenty point lead midway through the third quarter, but the Sharks got back within a single shot in the final thirty seconds, before a Kyron Cartwright steal sealed the result.

Cartwright scored 10 points and dished out 11 assists, and Andy Thomson had a double-double of 12 points and 13 rebounds. Namon Wright finished with 20 points on 67% shooting along with 5 assists.

“It was disappointing on Sunday for sure, because we never got going.”

“These back-to-back games with so little recovery time are a mental as well as a physical challenge, and we did not handle it well.”

“The Sheffield performance was excellent at times, but they are always tough, physical affairs, and this one was no different.”

“The win took a lot out of us, because we were hanging on at the end.”

“But we know the Championship is going to be tight this year and we are still sitting on just 3 losses, as good as anybody.”

“it is about quickly putting that loss behind us and getting back on the horse.”

Riders now go on the road to Bristol Flyers this Friday night in the BBL Championship. 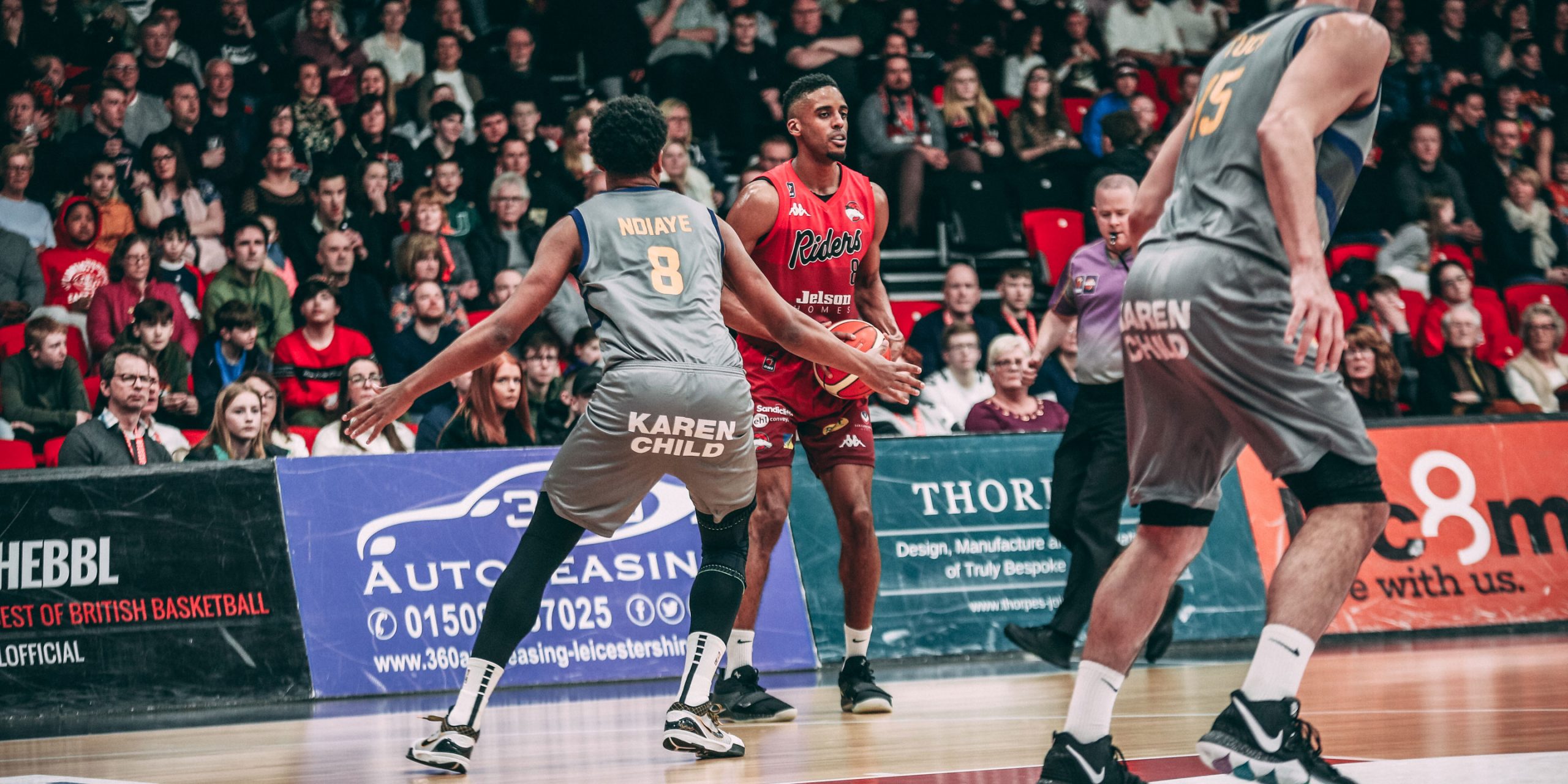 Last weekend the Leicester Riders defeated the Sheffield Sharks at the Morningside Arena on Saturday Night before falling to the London Lions on the Road the next day, here’s three things we learnt across the two games.

The Leicester Riders continued their impressive form on Saturday Evening as they took down the Sheffield Sharks 87-80 at the Morningside Arena. It was the usual controlled performance on both ends of the floor from the Riders who won each of the first three quarters giving them a 12 point lead heading in to the final period. It was the Riders strength in numbers that got them over the line, with 6 players contributing 9 or more points it the Riders versatility offensively was too much for the Sharks to handle. Kyron Cartwright and Andy Thomson led the way for the Riders contributing double doubles of 10 points and 11 assists and 12 points and 13 rebounds respectively.

6’11 American Centre Darien Nelson-Henry has been in fine form for the Riders over recent weeks arguably playing his best basketball since joining the Riders in October. Nelson-Henry is averaging 15.4 points per game on an outstanding 68.2 percent shooting from the floor over his past 4 games which has contributed to the Riders win streak. Darien has been a major presence inside for the Riders using his back to basket playing style to outmuscle defenders on the defensive end but also clogging up the paint on defence making it tough for opponents to score around the basket.

Win Streak snapped at 6 by Lions

Prior to playing the London Lions on Sunday afternoon the Riders were firing on all cylinders on a 6 game win streak in the BBL Championship and playing their best basketball of the season. The defending BBL Champions got off to a quick start and never looked back as their hot shooting kept the Riders at arm length for a majority of the contest. The Riders now have the opportunity to bounce back on Friday Evening against the Bristol Flyers before they return to the Morningside Arena to take on the Manchester Giants on March 13th.

Tickets for the Riders v Giants clash are on sale now, CLICK HERE to purchase yours.