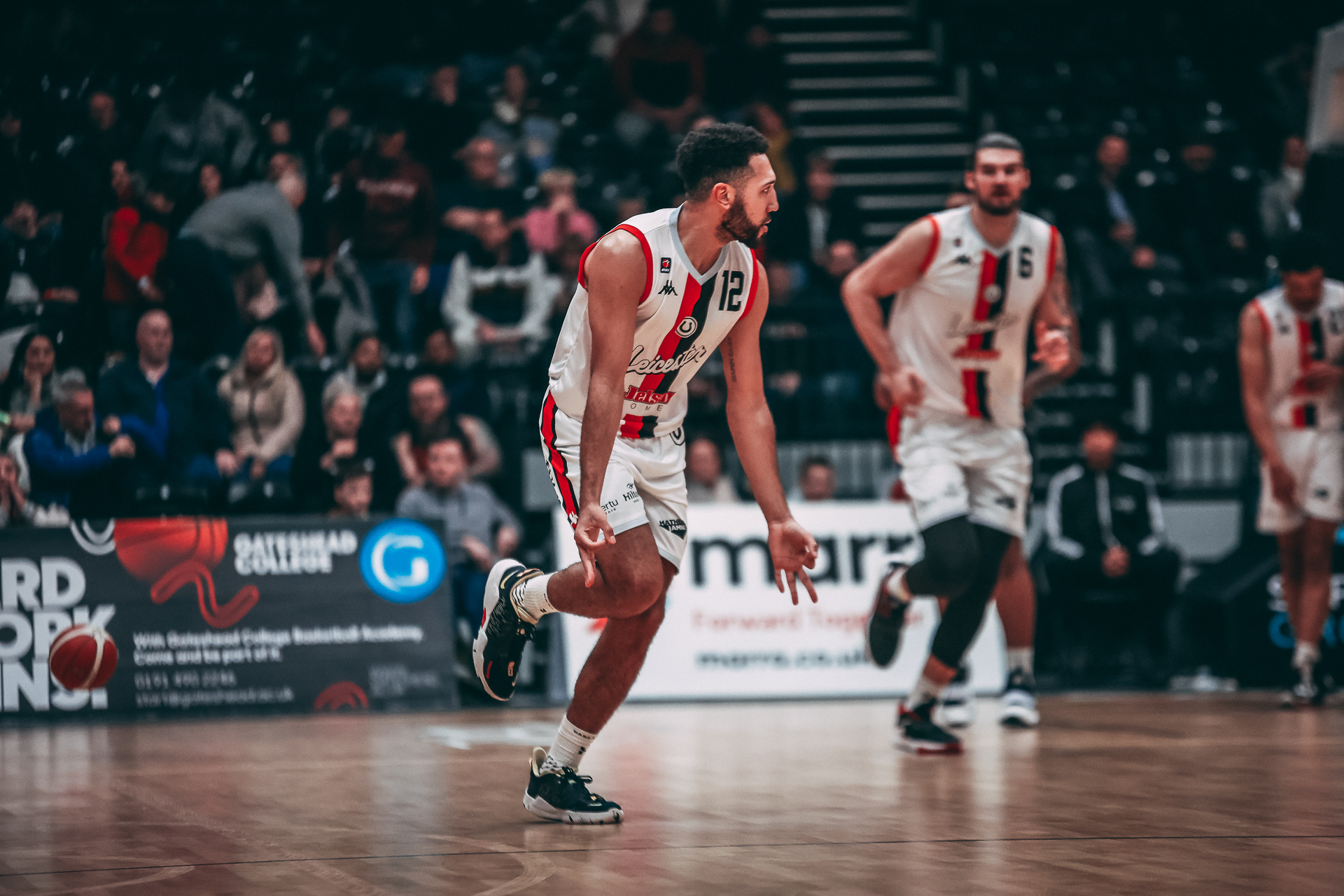 The Riders secured a clutch 91-87 win against the Newcastle Eagles, improving to 10-4 on the season.

Their wing duo of Patrick Whelan and Zach Jackson went off for 24 and 22 points respectively to get the team over the hump. It was Whelan’s second straight 20-point game, the GB international putting up seven rebounds and six assists in a well-rounded performance.

It was a red-hot deep shooting night for the Riders, who lead the BBL in three-point percentage. They knocked down 50% of their threes, led by Whelan, who hit four.

The Riders were up by as many as 16 points in the game, but a spirited Eagles comeback made it close. Javion Hamlet led the charge for the hosts, the 6’4” guard scoring 25 points, including 13 in the final period to take a one-point lead late.

But Whelan and Jackson put the ball in the hoop to retake a narrow lead, before Derryck Thornton hit a foul shot to seal the win. The Riders now move to second in the BBL Championship table following Bristol Flyers’ loss to London Lions.

The Riders hit the ground running, bursting out to a double-digit lead in five and a half minutes, led by six points from Thornton.

The Riders started 9-13 from the field, exploding for 30 points in the first quarter to stamp their authority on the game. Whelan had eight in the first, picking up the scoring load following his point guard’s early play.

The Eagles stemmed the tide in the second period, keeping their deficit around ten. 15 year Eagle Darius Defoe checked into the game and scored six quick points to keep his side competitive.

Jackson took the Riders offensive reigns in the second quarter, going off for 12 points as the sides traded buckets.

Jackson dominated inside, cutting from the perimeter for strong finishes at the rim. However, his outside shooting concluded the half’s action, draining a three to bring his scoring tally to 16 and put Leicester up 56-42.

Hamlet scored six quick Newcastle points out of the locker rooms to cut into the Riders’ lead. The Eagles’ leading scorer this season used his quick handles and body control to get buckets at the hoop, but the Riders’ response retook the momentum.

Evan Walshe’s three concluded a 9-2 Leicester run following Hamlet’s buckets, giving them a 16-point advantage. They were Walshe’s eighth points of the evening, and he would go on to score a season-high 12 in the game.

The Eagles fought back to close the third, concluding the quarter on an 8-2 run led by Donovan Johnson to cut the game to eight going into the final period.

Newcastle made it a six-point game with a quick basket in the fourth, and the teams traded baskets until late, with the Riders holding a narrow advantage.

With three minutes remaining, Hamlet drew a foul in close, making his free throws to make it a one-possession affair. A minute later, he drove to the rim again and took the lead with a layup.

Jackson responded on the next possession, hitting two free throws to put Leicester ahead. After a defensive stand, Whelan made it a three-point lead with a tough layup against two defenders.

Following another basket from Hamlet and two free throws from Whelan, it was a three-point ball game with 21 seconds remaining, the hosts with the ball. The Riders forced a turnover from Hamlet, and Thornton’s knocked one down at the line to seal the win.

The Riders turn their attention to the BBL Cup, as they take on the Caledonia Gladiators in the semi-final.

A win against a talented Gladiators team would give them an opportunity to defend their Cup title in Birmingham, so get your tickets here to get behind the Riders!