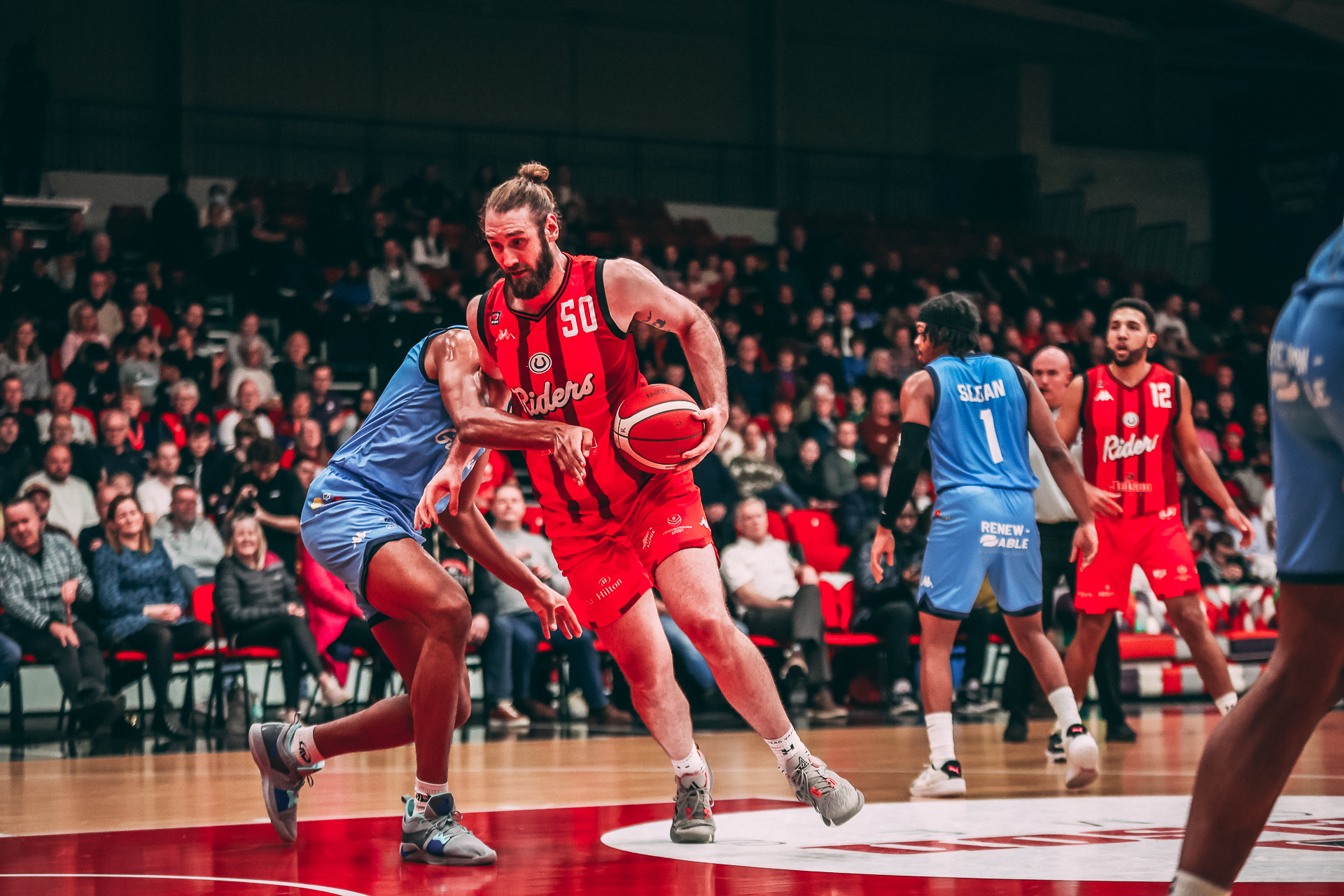 The Riders return to BBL Championship action, hitting the road to take on the Manchester Giants. A win would see them improve to 11-4 on the season, earning them the top spot in the league table.

The Riders enter the game off the back of a momentous win in the BBL Cup semi-final, beating the Caledonia Gladiators 89-68. Riders’ star trio of Marc Loving, Patrick Whelan and Zach Jackson combined for 49 points, led by 18 from Loving.

They have a quick turnaround going into this one, with just one rest day before hitting the road to Manchester. It’s a significant stretch for Leicester, as they gear up for a congested Christmas schedule.

They’ll take confidence from their efficiency on offence this season. They lead the league in field goal, three-point and free-throw percentage, led by the BBL’s sharpest shooter Whelan.

Whelan is hitting threes at a 50% rate this season, leading all deep shooters. He’s the Riders’ highest scorer, putting up 16.4 points per game, following up his BBL Team of the Year selection last season.

He returns to his home city in this one, where he has had success. Last season, he put up his first career double-double in Manchester and will look for another game-leading performance in this one.

Giants gearing up for winter

With games in hand on the rest of the BBL, the Giants are positioned to make a run up the table over the winter period. They are set to play five fixtures over the next two weeks, and will be eager to see how they can build on their current 6-5 record.

Their last game took place on December 16, when they beat the Sheffield Sharks 92-83 on the road. The Giants’ talented scoring trio of Tajh Green, Dirk Williams and Nick Lewis each scored 20 points, Green leading the way with 24 points and 10 rebounds.

Green is the league’s leading scorer this season, putting up 20.6 points per game. The first-year pro has lit up the BBL since joining in the offseason, the athletic 6’8” forward coming up with the play of the season so far earlier in the year.

His play has led his team to the best offence in the league, scoring 90.2 points per game. Their success has come from attacking the rim, averaging the most free-throw attempts and second most two-pointers.

The Giants will be a tough task for the Riders’ defence, who will need to wall off the inside to slow them down.

Former Rider William Lee will suit up in Manchester green in this one, following his signing to the Giants in the offseason. Lee played Leicester basketball during the 2020/21 season, helping bring the BBL Championship title to the Morningside Arena.

The “Alabama slammer” is a high-flying phenom, rising high above the rim for explosive plays to take the roof off arenas. On the defensive end, he is the University of Alabama’s all-time leader in blocked shots and has proved a force at the rim this season, averaging two blocks per game.

Lee is averaging a double-double this season, putting up 18.4 points and 10.1 rebounds. He’s getting it done from all over the court, shooting 49% from the field and 38% from three, putting up a season-high of 23 points on two occasions earlier in the year.

Charged with the tough task of guarding Lee will be Ohio forward Loving, who like Lee, is playing to an elite standard on both ends this season. He complimented his 18 points in his last game with two blocks and a steal, dominating all facets of the game.

Former G-Leager Loving is a second-year Rider, where he signed after a successful college career at Ohio State.  He averaged 13 points and five rebounds per game across his junior and senior years, and 12 points for the Riders last season to make his name in Leicester.

Loving has the physical and technical ability to trouble Lee. He’s shooting 33% from deep this season, which can force Lee to guard him on the perimeter, and he has the size and length to contest him in close.

Get set for an intense battle between the two power forwards!

The game is live on Sky Sports Mix and the Sky Sports Youtube channel, tipping off at 7:45 pm.