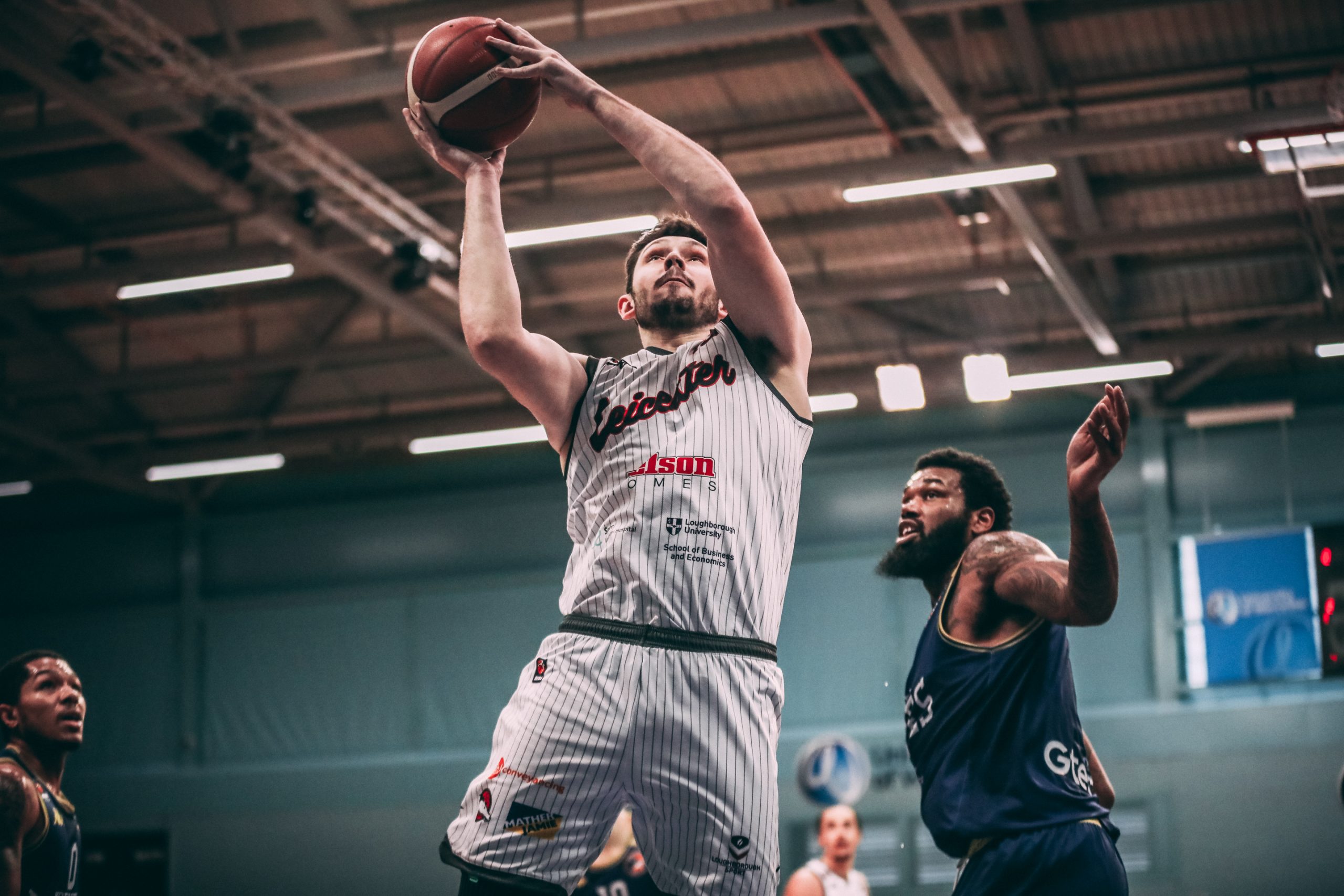 This game was a second of a back to back against the Wolves, with both games being won in dramatic fashion. After Corey Johnson’s game-winning three on Friday, this game was set up to be another instant classic, and it certainly delivered. Lamarr Kimble, who scored 24 points in his team’s loss in the last game, hit a game-winner in overtime, after a 12 point Riders comeback in the fourth quarter, led by an inspired performance from Conner Washington.

With Geno Crandall, Leicester’s leading scorer, fouling out with 20 points midway through the fourth, Washington checked into the game to score nine points in the final four minutes, willing his team back into the game. He finished with 15, his final points tying the game with three seconds left in overtime. However, the Riders fell just short, calling an end to an all-time great back-to-back matchup.

Kimble scored eight in overtime, displaying nerves of steel to come up huge for his team. He and Brandon Anderson, who led Worcester in points with 21, led the way for the Wolves, as they pushed the table-topping Riders all the way for the second straight game.

This game started where the last one left off, with both teams battling in a tightly contested affair. The teams exchanged blows early, as the Wolves continued their assault on the rim from Friday night, getting the lion’s share of their points down low. Worcester had 21 first-quarter points with just two threes, with Mike Parks Jr. leading the charge with seven in the quarter.

Geno Crandall was aggressive early to respond to the hot Wolves start. He had eight in the first quarter, and his defensive intensity was on full display, stealing the ball twice in the first. With help from Crandall’s offensive display, the Riders finished the quarter down 24-20.

After a high scoring first quarter, defence reigned supreme for both sides in the second. There were eight total points in the first half of the quarter, and open looks were few and far between. With the offence’s drying up, the importance of hustle and intensity was magnified, as the Riders battled for extra possessions. Leicester came up with three offensive rebounds in a minute, before Jamell Anderson got the lid off the basket, throwing the ball down after a dish by Crandall.

After a gritty end to the first half, the game remained in the balance. Daniel Johnson-Thompson banked the ball in from midrange to end the half with the Wolves up 36-33.

Mustafa Heron showed a glimpse of his potential scoring the Riders’ first five of the second half to give Leicester the lead. His three from the corner put the Riders up two, despite a foul knocking him out of bounds. Flying out the gates, Heron’s hot start lit a spark in the Riders’ offence, but as was the afternoon’s theme, it was Worcester’s turn to climb back into the game. Big threes from Brandon Anderson and Kimble retook the lead for the Wolves, as the game continued to swing back and forth. A Wolves run to end the third meant the game was poised for another intense finale, with seven points separating the teams.

Despite five quick points by Crandall to start the final quarter, the Riders fell down by nine. The Wolves locked down on defence, denying any access to the rim and forcing the Riders to shoot from range. With Crandall fouling out midway through the fourth quarter, the Wolves took the first double-digit lead of the game.

With their leading scorer sidelined, the Riders faced a tremendous task to get back into the game. They showed grit and determination, led by Washington running the point, cutting the lead from 12 to three with one minute on the clock. With 30 seconds remaining, Washington found a cutting Nelson-Henry who went to the line, and made the first of his two free throws to send the game to overtime with the score at 74-74.

In overtime, the Riders focused their offence down low, feeding Nelson-Henry. He had six of Leicester’s eight points in the period. With the score at 82-80 in the Wolves favour, Washington drove to the hoop and threw up a layup over the taller defender, banking it in to tie the game. With three seconds on the clock, the Wolves had a chance to win. Lamar Kimble took the ball baseline to shoot from deep in the midrange, hitting nothing but net and winning the game for the Wolves in yet another nailbiting conclusion.

The loss for the Riders puts an end to an 11 game winning streak, bringing their record to 14-2. They still sit top of the BBL Championship table, and will head down to Cheshire on Friday in the hopes of returning to winning ways.