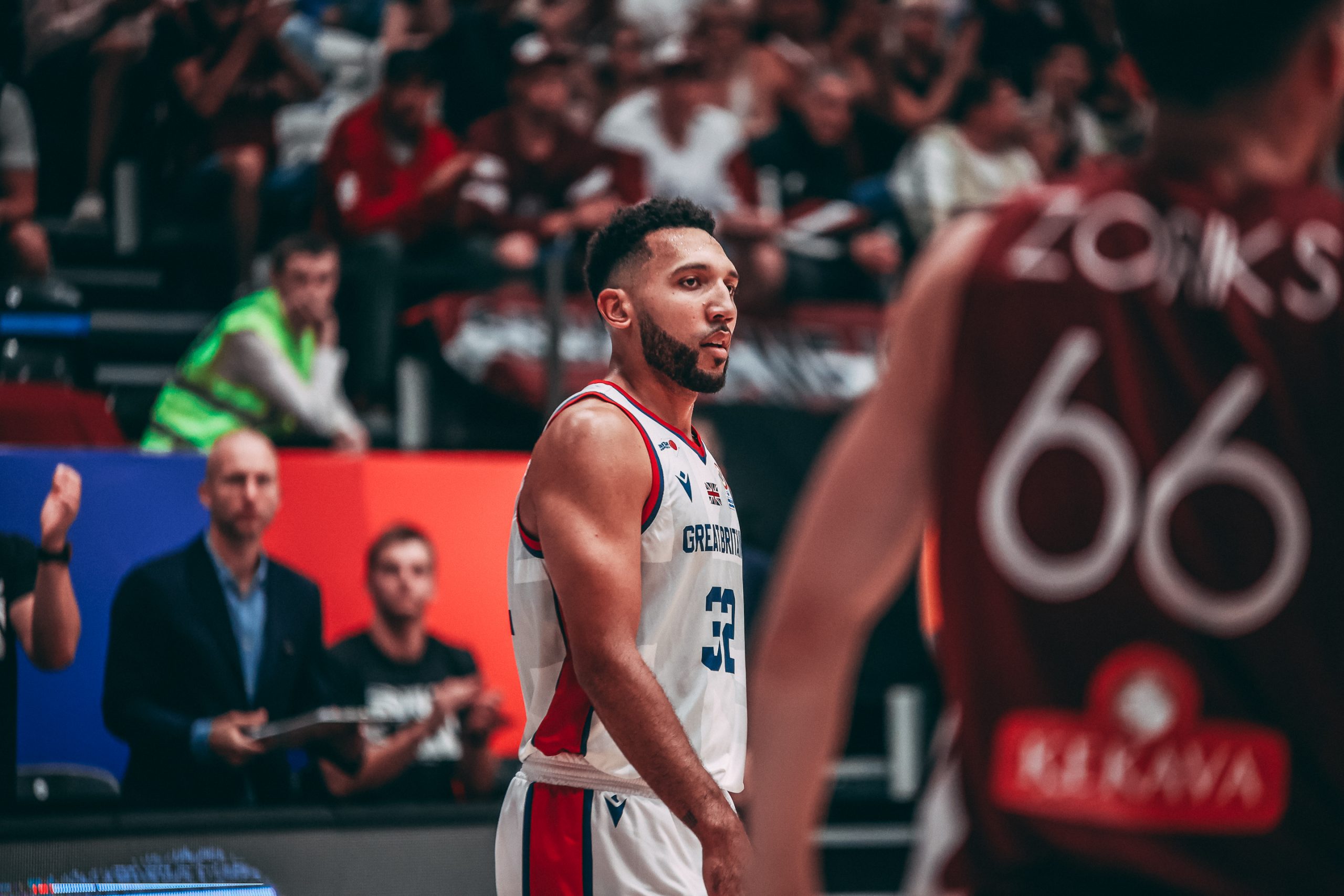 Ahead of an eagerly anticipated FIBA EuroBasket 2022 that will see some of the world’s best basketball talent compete for supremacy, Great Britain Men’s Head Coach Nate Reinking has confirmed the 12-man roster selected to represent the team at the showpiece tournament.

Riders star Patrick Whelan has been named in the twelve, alongside former Rider Jamell Anderson.

GB’s Men have travelled to Milan for the Pool Stages of EuroBasket 2022 – set to take place from September 2 to September 8 – where they will face Croatia, Estonia, Greece, Italy and Ukraine for a place in the knockout stages, which will be contested in Berlin.

This will be the Men’s team’s first major tournament outing since the 2017 EuroBasket, and the 12-man roster contains several GB stars who have experienced the biggest stages in basketball, as well as several top British talents sampling the major international tournament for the first time.

This EuroBasket is being hailed as the best continental basketball tournament ever, with a field of teams full of incredible talent, and as such is a testament to GB’s achievement in securing a place at the top table of European basketball.

Speaking ahead of the competition and following the announcement of the final roster, Head Coach Nate Reinking said:

“This is a proud moment for the National Team to be embarking on its fifth EuroBasket competition out of the last six iterations. The team has been on a long journey to get to this point and have shown themselves to be capable of competing with the very best teams on the continent and this EuroBasket provides another opportunity to showcase British Basketball.

“It shouldn’t be lost on people just how much of an achievement this is for our players and staff to be heading to Milan for the competition, but we’re not just going there to compete – we want to win, and make some history for Great Britain.”

All of Great Britain’s fixtures at EuroBasket 2022 can be watched live on FIBA’s streaming platform, Courtside 1891. Head to courtside1891.basketball and use the promo code ‘EUROGB25’ now to get 25% off an annual pass to the platform.