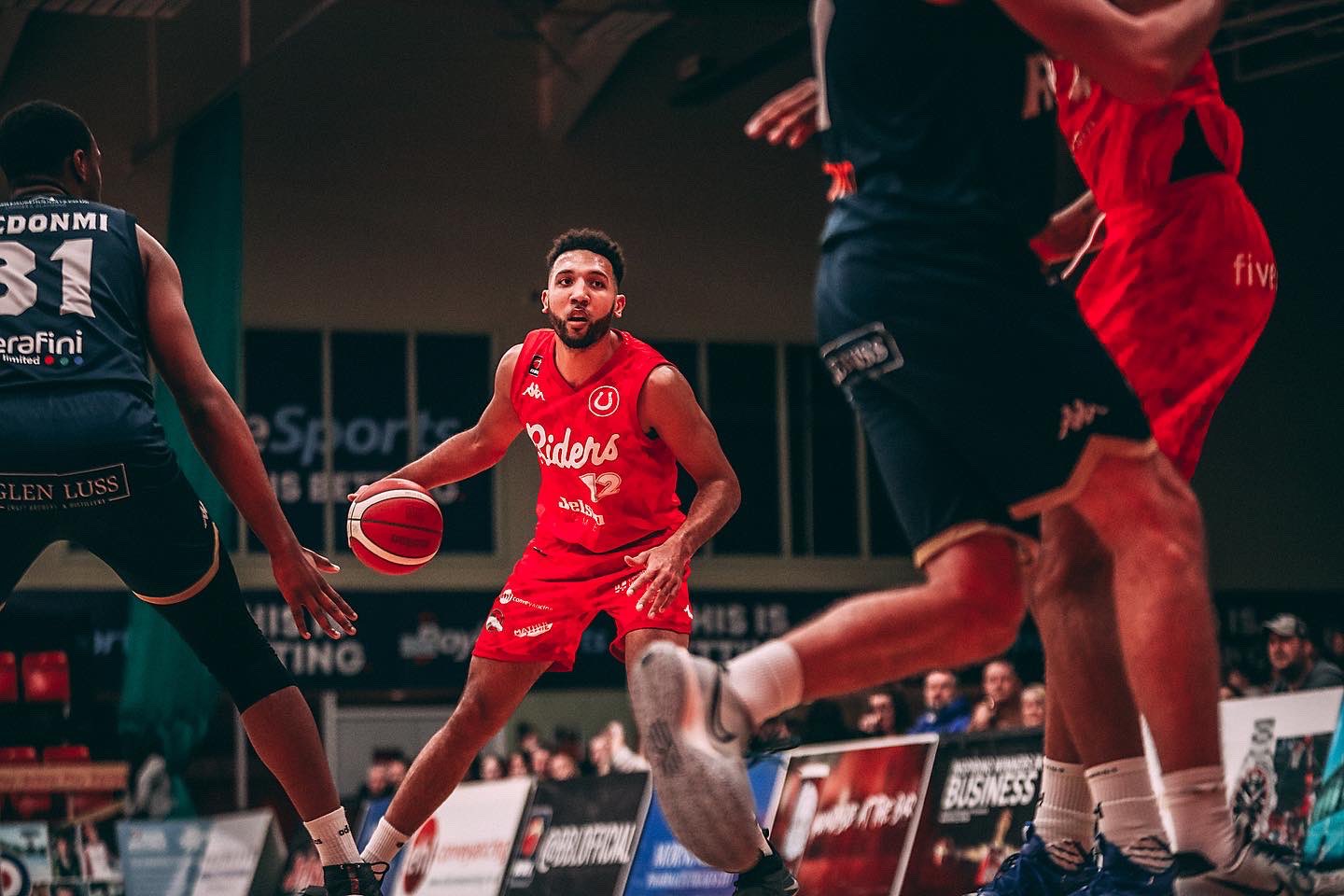 The Riders remain undefeated to start their league campaign with a 105-76 blowout win against the Glasgow Rocks. They go a win clear at the top of the BBL Championship table with a 5-0 record, after Patrick Whelan led them to a home win with 22 points, seven rebounds and six assists.

Scoring his Riders high points tally, William Jewell graduate Whelan went 6-10 from three in a scorching hot shooting night. He played aggressively on both ends, flying around the court to stuff the stat sheet. He was one of three Riders players with over 18 points, with Geno Crandall, Marc Loving and Whelan combining for 60.

Leicester caught fire to make 17 threes, gunning from deep for a blowout win. They dominated the paint, outrebounding their opponents 49-31, led by 10 boards from Jubril Adekoya. Adekoya had four offensive rebounds in a dominant Riders first half. The hosts were up 30 at the half before cruising comfortably to the finish.

On the receiving end of a tough loss, the Rocks were slow out the blocks and never recovered. Tyrell Green and Jordan Harris led Glasgow with 14 points each, as the visitors won the second half 41-40 to save some pride.

Leicester bolted out to an early lead with an emphatic opening quarter, taking a 32-13 lead. They dominated on both ends, holding the BBL’s second-ranked offence to 26% from the field while making 52% of their own shots. Led by nine points from Zach Jackson, the Riders made five three’s in the first from five different players.

The Riders buckled down defensively from the tip, holding their opponents to four points in the opening five minutes. They jumped out to a 12-4 lead, and capitalised on their early advantage by exploding for ten straight points late in the first. Crandall fuelled the momentum with a stepback three, the Gonzaga guard brimming with confidence after being named the BBL player of the month for November.

In an attempt to fight back into the fixture, the Rocks went on a 12-4 run to start the second, led by five points from Jordan Johnson. The Riders response to the Glasgow surge was a 14-4 run of their own, capped off by a three from Conner Washington to stretch the lead to 20. Washington encapsulated the Riders effort on both ends, taking a charge from Johnson after his three-ball. Bedford born Washington had 12 points in as many minutes in the first half.

To conclude the half, Crandall rocked Fraser Malcolm to sleep before draining a three for his 16th points of the evening. He scored 10 in the second quarter, leading the Riders into the locker rooms with a 65-35 lead.

Loving kicked off the third quarter with a bang, hitting back to back threes to extend their lead. The teams traded buckets in the period, the Riders maintaining their 30 point advantage led by 11 points from Loving.

The Riders take a break from the BBL Championship in their upcoming fixture. They head to the Copperbox Arena to face the London Lions in the BBL Cup. The semi-final clash is the first of two legs, with Leicester playing with hopes of winning the competition for the first time since 2014.