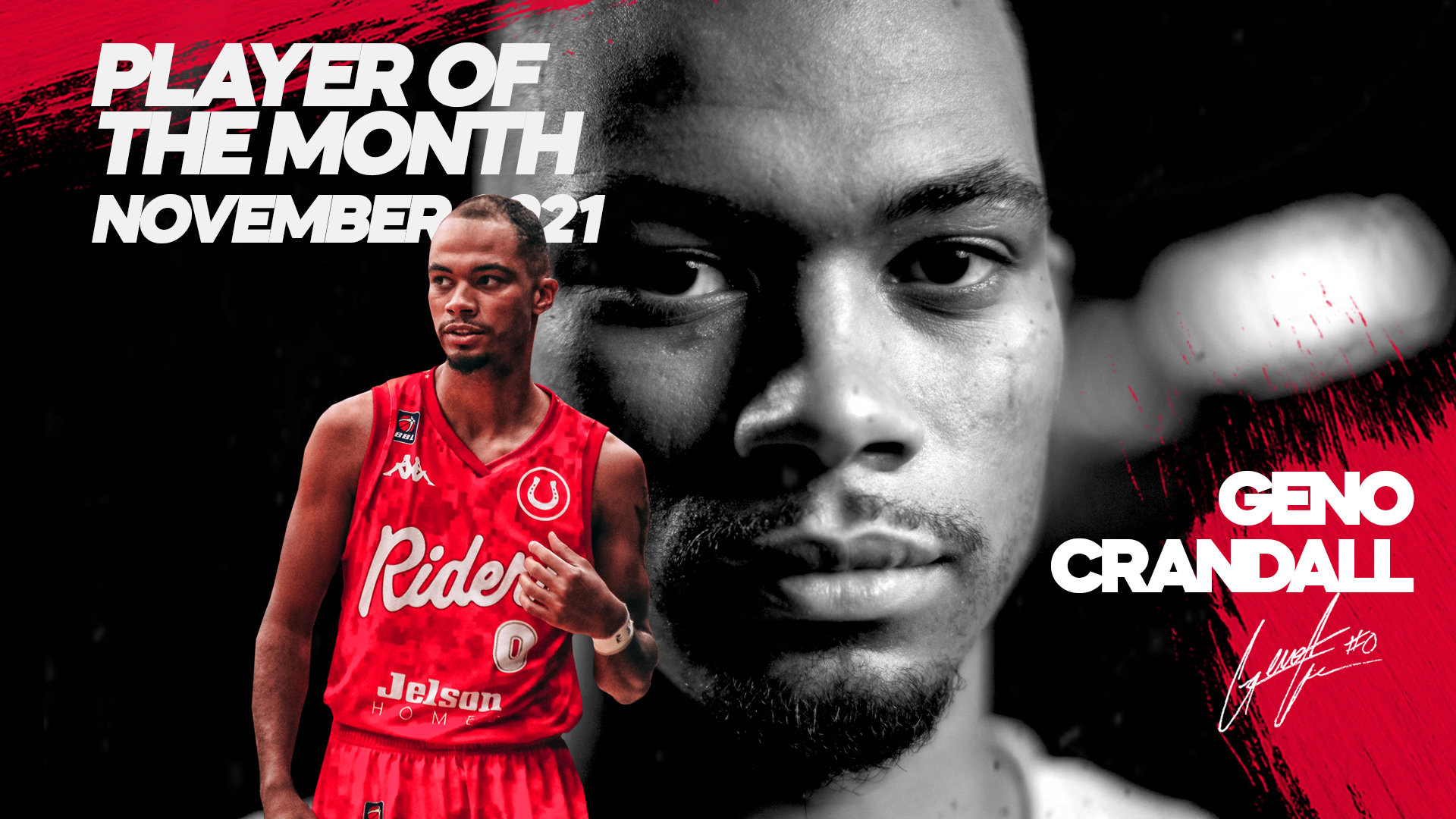 Guard Geno Crandall has won the league’s monthly award for November 2021 after an excellent start to the campaign that has seen him build on his Molten BBL MVP award from last year.

Crandall has been BBL All-Star 5 on five occasions this season, more than any other player and including twice in the last three weeks, he averaged 19 points, eight assists, four rebounds and two steals per outing this past month, shooting 90% at the free-throw line.

Crandall finished with 24 points in the BBL Cup quarter final versus Cheshire including a key drive-and-dish for Jubril Adekoya that won the game with just a few seconds to play.

Riders have started the league campaign perfectly with a 4-0 record in the defence of their BBL Championship title.