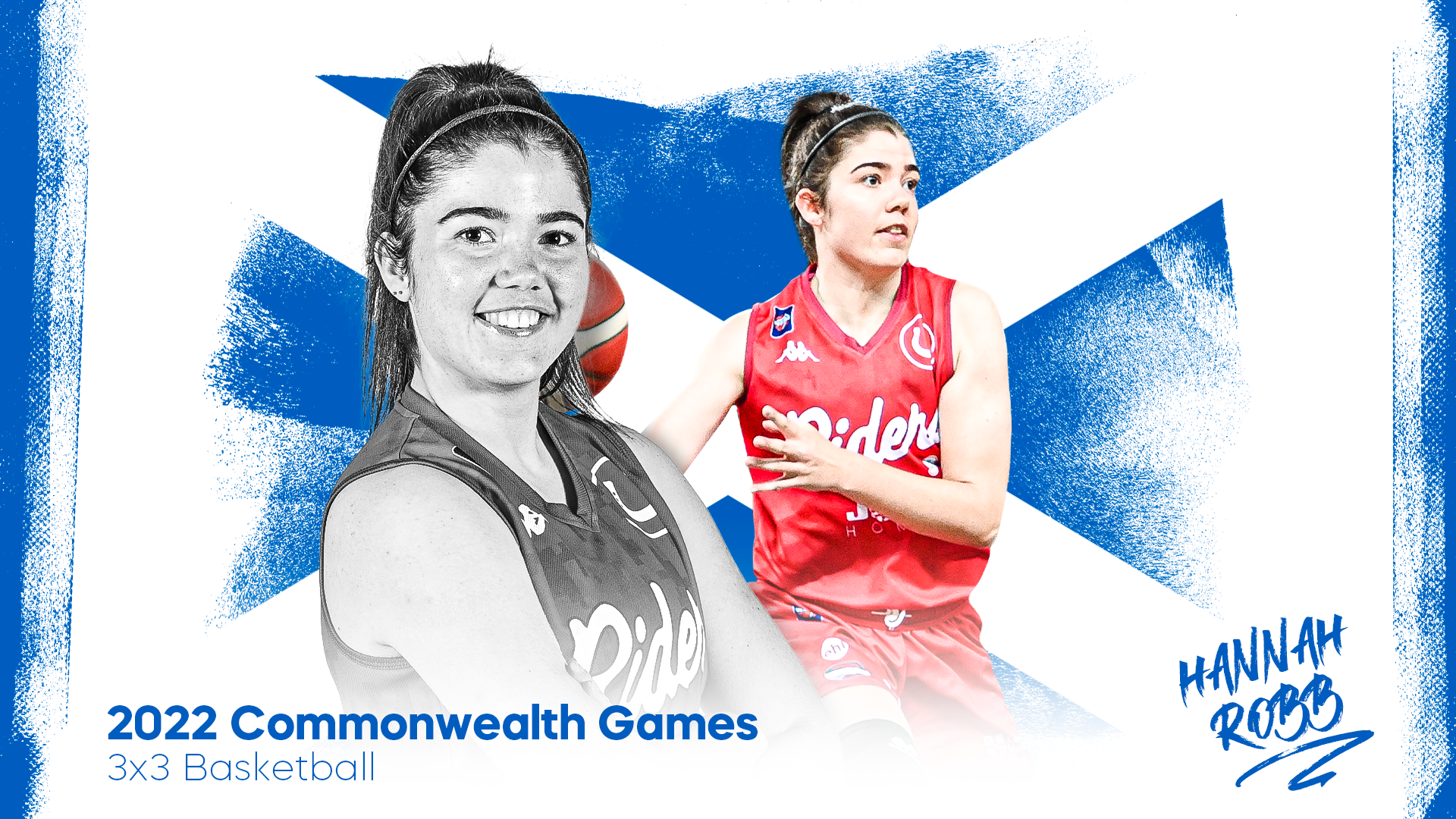 Everyone at the Leicester Riders would like to wish good luck to Hannah Robb as she prepares to take part in this summer’s Commonwealth Games.

Having played for Scotland at every level from U13’s to the senior national team the GB guard is excited to represent her country at a major games, as she competes in the 3×3 basketball which debuts at this year’s games.

Although only 24 years of age Robb has vast experience with over 140 WBBL games under her belt in 6 seasons, amassing upwards of 1200 points in the process.

She will be joined on the Scottish team by London Lions star guard Kennedy Leonard, Caledonia Pride’s Sian Phillips and former Rider Claire Paxton who steps up to take the place of another former Rider Erin McGarrachan who played during the qualifying wins over Wales and Northern Ireland.