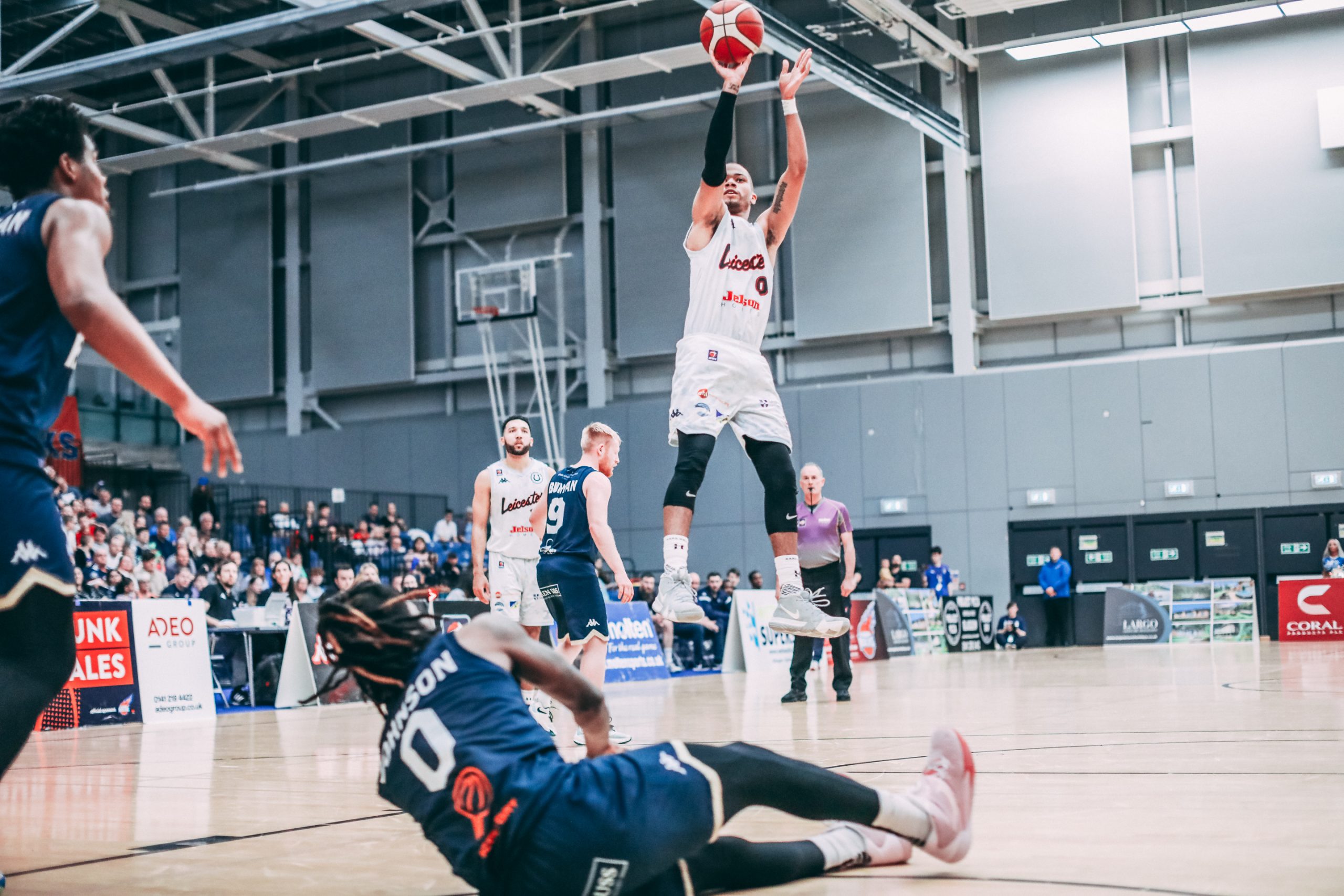 It is advantage Riders in the BBL playoff semi-final, after they won the first leg 105-84 against the Glasgow Rocks.

After being named the British Journalists’ Player of the Year in the week, reigning BBL MVP Geno Crandall put on a show for the Riders, putting up an astonishing 32 points, 11 assists seven rebounds and five steals. The Gonzaga graduate’s points tally is his season-high, as he led his team a step closer to the final.

It was a red hot performance for the league’s best offence, scoring 105 points by shooting 55% from the floor. In the third, where the Riders began to build their lead, they drained six threes, finishing the game making 54%.

The Rocks took a double-digit lead shortly after halftime, but fell victim to a Riders offensive explosion to which they had no answer. Jordan Harris went blow for blow with Crandall in a battle in the backcourt, leading the team with his season-high 29 points.

It was Leicester who got off to the better start. Back to back threes got the Riders on the board, as they jumped out to an 8-2 lead. They carried their early momentum through the first five minutes, led by eight points from Marc Loving, to force a Rocks timeout up 11.

The Riders exploded on both ends through the first period, which finished 25-17 in Leicester’s favour. They shot 52% through the quarter while holding Glasgow to 33%, flexing their BBL-best offence and defence.

Glasgow fought back into contention to start the second, tying the game courtesy of eight points from first-year pro Harris. Three Leicester turnovers in as many minutes allowed the hosts to build momentum on the fastbreak, as the Rocks started the quarter 12-4.

The score swung back and forth until the half, which Glasgow’s Jordan Johnson concluded with a three at the buzzer to make it 48-43 to the hosts. Crandall had 15 by halftime, the MVP taking the reigns for the Riders, while Harris put up a monster 20 point first-half performance for Glasgow.

In the third, it was Glasgow’s turn to hit two threes to start the half, building their lead to double digits. Johnson nailed both, as the former NBA G-League point guard improved his game total to nine.

The Riders’ response was immediate, as Whelan his team back into the game. The British Journalists’ British Player of the Year scored eight quick points to retake the lead in 90 seconds. Whelan’s play lit a fire under Leicester from deep, as they nailed five threes six minutes into the third quarter.

Zach Jackson scored nine straight in the latter stages of the third, continuing his hot form from the quarter-final where he accomplished the same feat. the Omaha graduate’s play put the Riders up 77-69 entering the final quarter.

Conner Washington kicked off the fourth with five quick points to stretch the Leicester lead. The 11-year Riders put his team in good stead as they looked to close out the tie.

Crandall took over the dying stages of the game, scoring seven points in the final five minutes to stretch the lead to 19. The Riders commenced a 9-2 run late in the tie to consolidate their advantage going into the return fixture. Crandall closed the game with a free throw, making it a 22 point game.

The return leg will take place on Monday, with the game tipping off at 7:45. Should the Riders win over the two legs, they will book their place in the Playoff final at the O2 Arena.