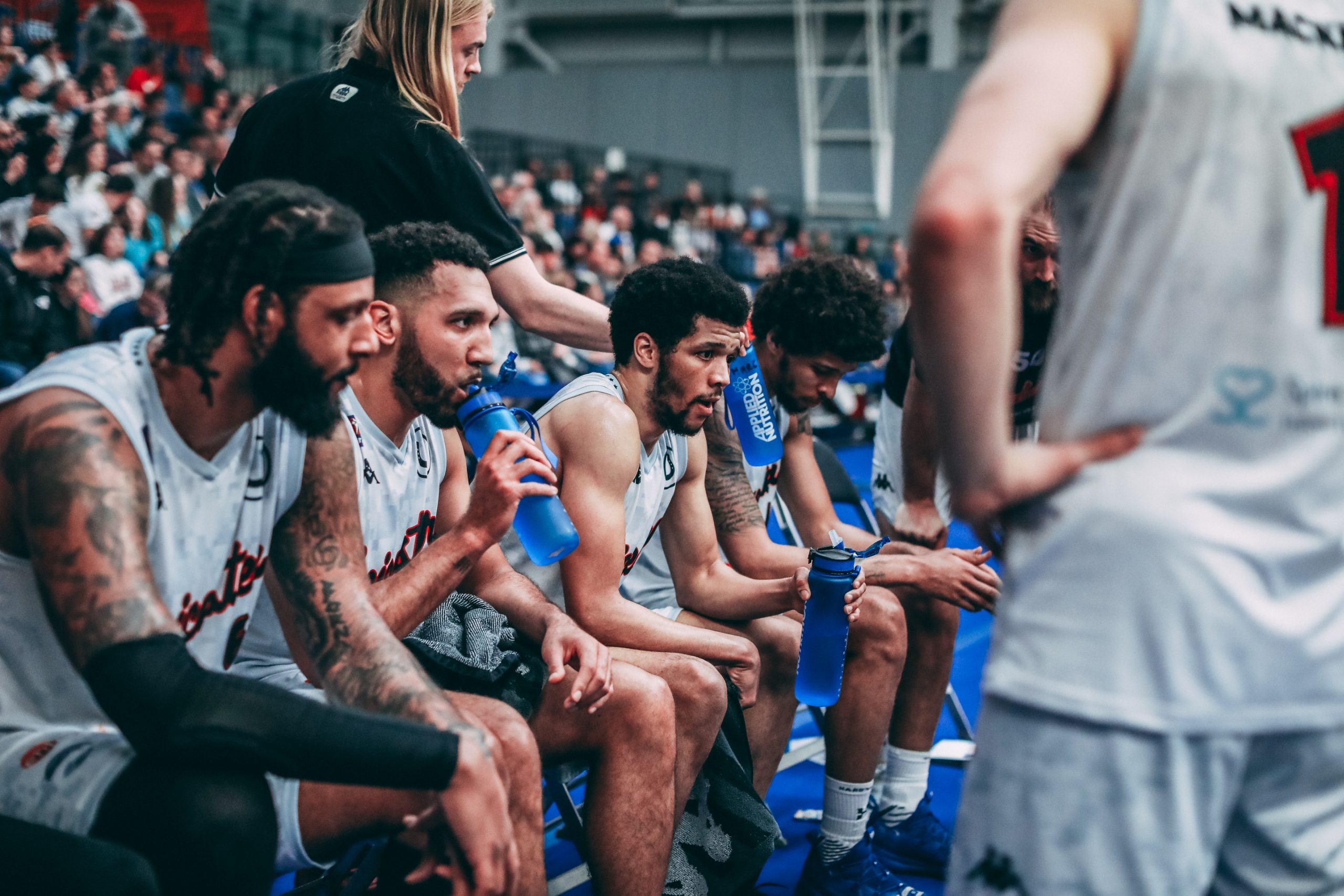 The Riders return to Leicester for the second leg of the BBL Playoff semi-final. They take a 21 point lead to the Morningside Arena following the first leg in Glasgow.

The Riders earned the top seed for the postseason in dominant fashion, winning the league title by a franchise-record margin of 16 points. They finished the year with a 25-2 record, earning a first-round matchup against the eighth-seeded Plymouth City Patriots.

Patrick Whelan led them through the first leg with 19 points, as the Riders earned a 15 point advantage with a 86-71 road win. The Patriots fought back in the second leg, taking an aggregate lead in the third quarter. But Zach Jackson scored 10 straight points in response, before Leicester saw out the game to book a spot in the semis.

The first leg in Glasgow was a back and forth affair for the first half. In the second, the Rocks exploded to a double-digit lead, which lit a spark in the Riders’ offence. Leicester went 59-28 the rest of the way, led by a historic game from Geno Crandall. The reigning MVP put up 32 points, 11 assists, seven rebounds and five steals, dominating every aspect of the game.

With a 12-15 record through the season good for the seventh seed in the playoffs, the Glasgow Rocks faced the second-placed Sheffield Sharks in the first round. The Rocks won the season series 2-1, matching up well with their opponents.

In the home leg, four Sharks scored over 15 points to leave the Rocks in a seven-point hole. But pre-game news of injuries to the Sharks’ star backcourt pairing, Antwain Johnson and Rodney Glasgow Jr, put the Rocks on the front foot for a comeback. The Rocks took advantage of the Sheffield injuries, beating the Sharks 96-72 to pull off the upset win.

The Rocks were led by first-year pro Jordan Harris in the first leg, who put up a season-high 29 point performance. However, to progress to the Playoff final, Glasgow will need to overcome a deficit from which no need has recovered in BBL Playoff history.

In the opening leg, Leicester’s star point guard put up a performance for the ages. His index rating of 40 was the highest in a game since 2012 for a Riders’ player, putting the team on his back in a blowout win.

In his second Riders year, Crandall averaged 13 points and 6.8 assists through the season. His assist tally ranks fourth in the BBL, and his index efficiently third, as he shot 50% from the field and 39% from three.

Last season, the Gonzaga graduate pulled the strings in the backcourt, averaging a BBL best nine assists in the playoffs. His team-high 25 points, eight rebounds and seven assists sealed the league title for the Riders, and he is set to help the team through their playoff push.

Crandall is an elite offensive talent, with his flashy playmaking skills dominating highlight reels. He pushes the tempo quickly in transition to set up teammates for easy buckets, and has active hands defensively averaging  1.8 steals. With his ability to read the passing lane and take the ball from the opposition, he is a fantastic asset to Rob Paternostro’s side on both ends of the floor.

Despite his team’s loss, Jordan Harris’ 29 points were an impressive showing for the rookie in the opening fixture. The former Georgia Bulldog averaged 7.1 points per game as a senior in college, but improved to 17 points per game after he took the step up to the pros, settling into his new team seamlessly.

The 6’4” guard gets it done on both ends, finishing top five in the BBL in steals with two per game. Harris’ active hands were on full display in the first leg, as he snatched five steals. He is an efficient scorer, averaging 48% from the field over the season, preferring to get it done at the hoop.

Harris has lit up the BBL this season with his athleticism, serving up posters all year long to become a prominent feature on the BBL’s top 10 plays of the week. His highlight plays date back to college, as his monstrous chase down block features in ESPN’s top 10 plays in his senior season.

The Rocks will need every bit of production from Harris in this one, as they look to stage a historic comeback.

After the first leg win, the Riders are 4-0 against the Rocks this year after sweeping the season series. Each game was won in emphatic fashion, with Leicester taking each game by 15 points. Another win would see them advance to the Playoff final, as they pursue a treble-winning year.