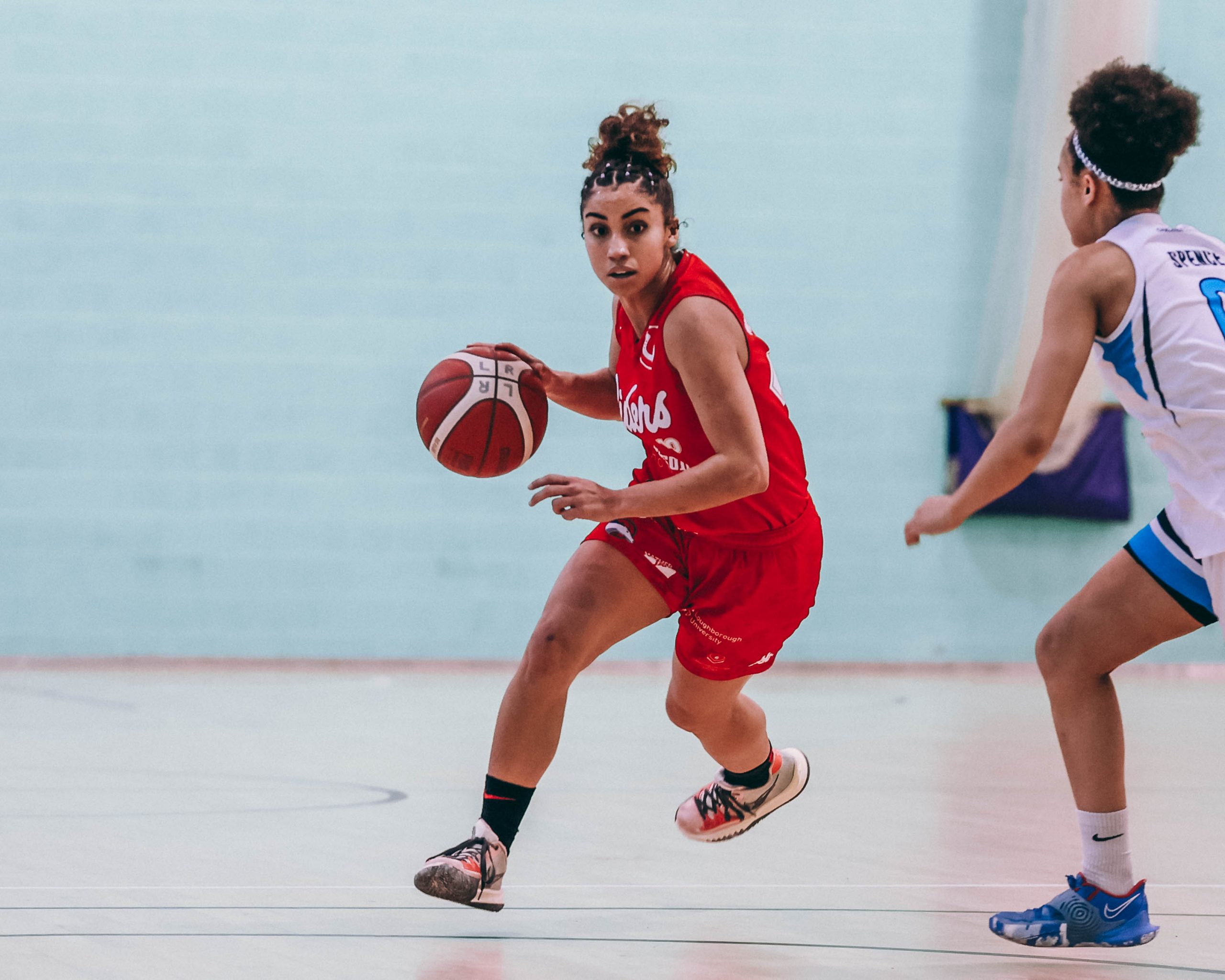 The Leicester Riders and Oaklands Wolves faced a double header this weekend, one game played in each teams respectives arena’s. Both times though the Riders came out on top in convincing fashion behind the Riders unselfish offense and phenomenal defense.

In their first face off the Riders took off, coming out with a 12-0 run in the first 5 minutes of play. From the moment the game started the Riders simply just executed better on both ends of the floor. Using their smart defensive rotations and fluid ball movement to solidify a lead against the Wolves. As they exited the first quarter with a 20-9 lead.

The second quarter was more of the same. As the Riders again kept their foot on the gas, once again holding the Wolves scoreless for the first four and a half minutes of second quarter action. The wolves managed to put together a run of their own and try to close the gap against the Riders, but back to back three’s from Emihear Morris and Brooklynn Mcalear helped to stop their run and let the Riders sit comfortably going into the half with a 37-26 point lead.

The third quarter commenced some back and forth action between both teams. The Riders attacked the paint and picked up extra points at the free throw line to hold the Wolves back despite their success from behind the three point arc. The Riders shot 9/9 from the free throw line in the third and success at the rim helped to elevate their lead even further to 58-39 as they entered the fourth quarter.

The fourth quarter was all Riders as their offense clicked and they poured in 25 fourth quarter points compared to the Wolves 8. Everyone was hitting their shots and their defense was once again phenomenal. If this team has demonstrated anything it’s that they are a solid unit. Their ability to put ego aside and all work together with the goal to win is stellar to watch.

5 Riders scored in double figures and Oceana Hamilton notched another double double with a 12 point 12 rebound effort. Brooklyn Mcalear once again proved herself as a floor general as she put up 15 points 8 assists and 3 steals. Overall a fantastic effort for the Riders, as they headed back home to face the Wolves once again.

With only a night’s rest both teams geared up and prepared to face each other once again. And once again it was the Riders who propelled ahead and took charge of this game. The Rider’s dominated behind both Oceana Hamilton and Hannah Robb’s double doubles.

The first quarter was a more contested contest, both teams went shot for shot as they traded baskets up into the halfway point of the first. The Riders composed themselves and found their groove, as they began to take the momentum and close out the first quarter on top 17-12 for the Riders.

Third quarter action was more of the same as the Riders came out with a flurry of jump shots and defensive stops. Once again the Rider’s ball movement and unselfish culture fueled their efforts and helped them to build and maintain their lead. They poured in 24 points this quarter and held the Wolves to 7. Putting them up 31 as they entered the fourth, 63-32.

In the fourth the Riders held onto their lead and continued to operate as a fine tuned machine. Scoring 19 points and holding the Wolves to 9. It was again the whole team that worked together to win the game, 82-41.

Both games this weekend the hustle, discipline and execution of the Riders propelled them ahead in back to back contests. It was a phenomenal display of teamwork and coaching. Excellent wins, Riders!