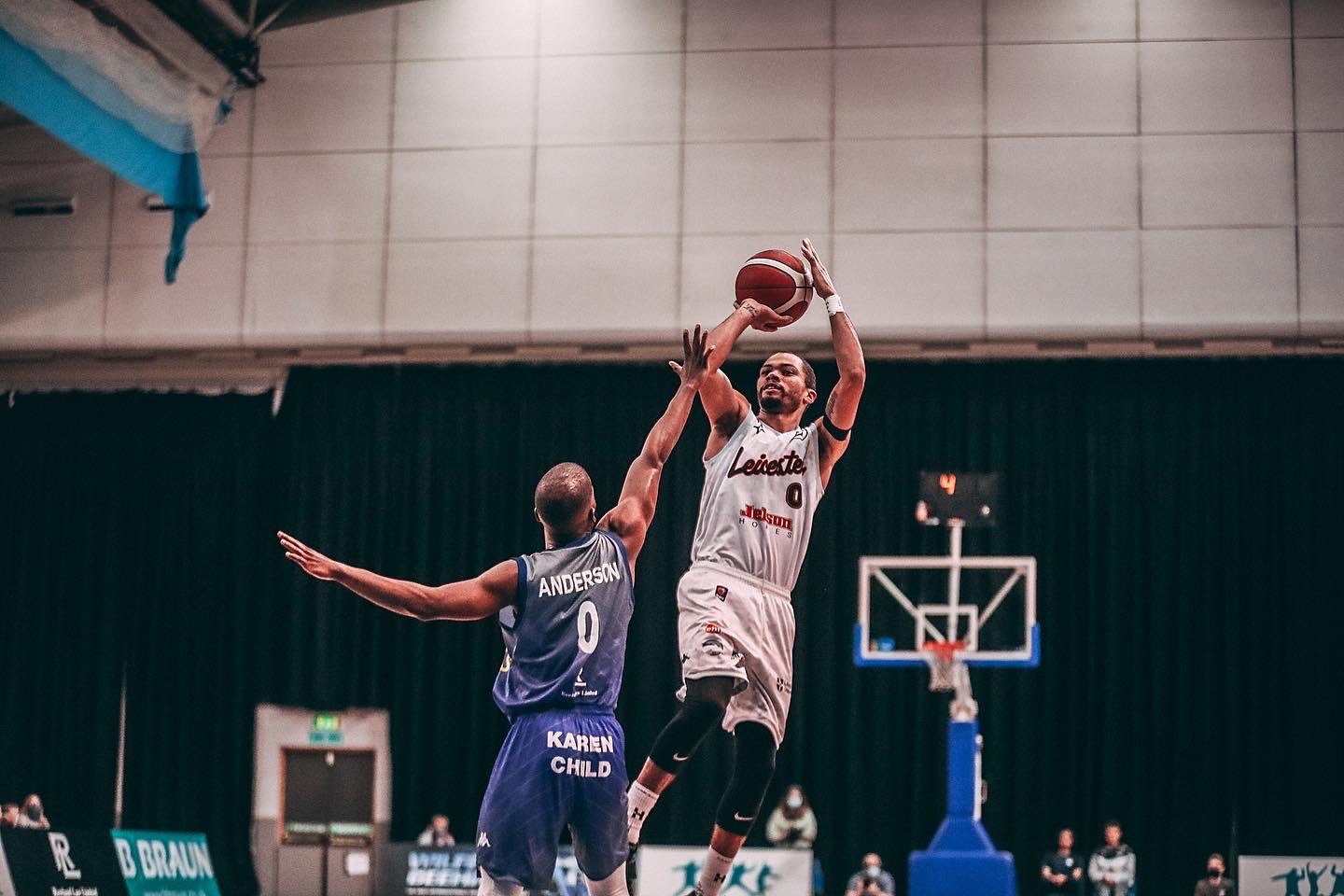 The Riders tipped off 2022 with a win, cruising past the Sheffield Sharks 100-62. Darien Nelson-Henry led Leicester with 19 points in 21 minutes, going 9-14 from the floor.

The win maintains the Riders undefeated league record, as they sit top of the BBL Championship table with an 8-0 record.

Nelson-Henry dominated the glass in the game grabbing 10 rebounds, four of them offensive. The Riders outrebounded the Sharks 44-28, outhustling and outmuscling their hosts.

The Riders bolted out the gates and never looked back, scoring 50 in the first half for the ninth time this season. Entering the game as the BBL’s best three-point shooting team, they shot the lights out yet again to go 9-18.

The Riders also maintained their BBL best defensive record, holding their opponents to the 60s for the third time this league campaign. They forced Sheffield into 15 turnovers, stealing the ball 13 times as the Sharks shot 38% from the field.

Leicester handed the Sharks their biggest ever home defeat. This was their first game since December 8th as they looked to shake off some rust. Uni of San Fransisco graduate Jordan Ratinho led the game with 21 points, making five of his seven threes.

Mo Walker got off to a dominant start down low, scoring eight points in the first five minutes of play. The big man’s play led the Riders on a charge out the gate, as they bolted out to a 19-9 lead after Marc Loving’s triple.

The Sharks responded with three threes from Jordan Ratinho and Kipper Nichols to get back into the game. The Sheffield explosion made it a four-point game to end the first.

The Riders dominated the second quarter, locking in to hold the Sharks to 14.

Kimbal Mackenzie took the reigns of the offence to start the quarter, scoring eight quick points to reestablish the Riders lead to 14. The Bucknall graduate attacked the teeth of the Sharks defence, getting to the free-throw line to great effect.

The Riders lead continued to grow, as they hit three straight threes to put them up 20. Mackenzie hit a buzzer-beater to conclude the half with Leicester taking a 57-34 lead into the locker rooms.

The Riders kicked on in the third, continuing their defensive dominance to hold the Sharks to 12 points. Late in the quarter, Crandall dished an audacious no-look assist to Darien Nelson-Henry, who put Leicester up 30, before finishing the quarter with a mid-range jumper.

With a 30 point lead, Leicester comfortably saw the game out in the fourth. Nelson-Henry scored nine in the quarter to complete an emphatic win.

“It helps in any game to start off strong, our starting lineup has done an amazing job of throwing the first punch for the most part”, said Mackenzie post game.

“We feel good. We’re trying to keep it rolling, keep everyone healthy and keep getting better every day.”

The Riders continue their road trip on Friday, as they head to Bristol to take on the 4-3 Flyers. A win would improve Leicester’s record to 9-0, putting them in good stead to defend their league title.