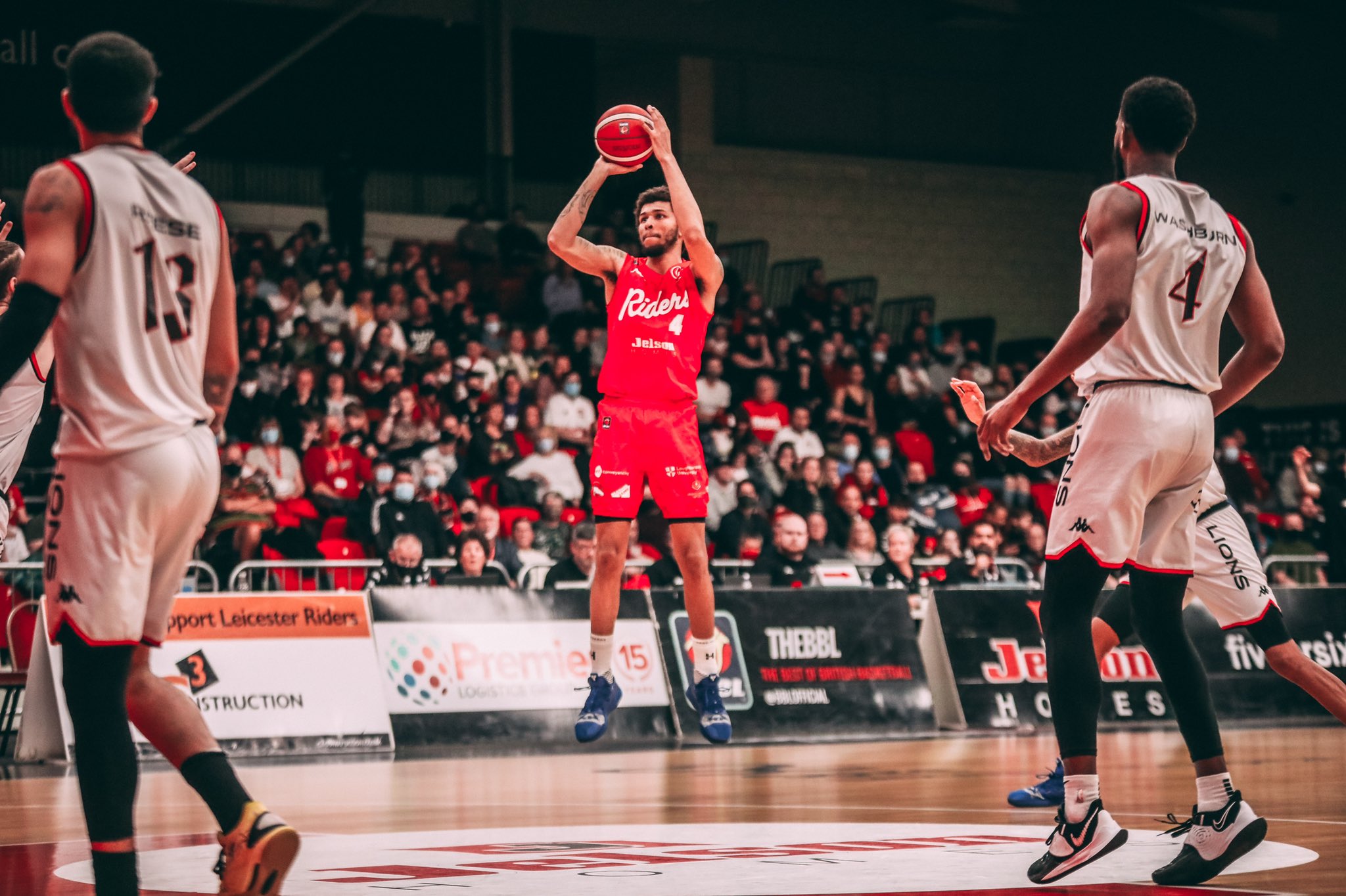 The Riders face the Sharks in their first fixture of 2022, hoping to improve to 8-0 in the BBL Championship.

The Riders finished 2021 with an undefeated league record, sitting top of the BBL Championship through seven games.

They come into this fixture on a 12 game winning streak, having progressed to the BBL Cup final in their previous game with a 79-74 win against the London Lions.

Leicester entered the tie with a three-point advantage after the first leg, and did enough in the second to progress to their first BBL Cup final since 2016, led by 15 points and six rebounds from Zach Jackson.

Reigning MVP Geno Crandall leads Leicester in the league with 17.1 points and 6.6 assists; the 6’0” Gonzaga guard is top 10 in the BBL in both categories.

Sheffield enter this game with rested legs, having not played since December 8th due to fixture cancellations.

When they were last in action, the Sharks took back to back wins against the Plymouth City Patriots, improving their record to 5-2, good for third in the BBL Championship table.

Their most recent win took place at the Plymouth Pavillions, where the Sharks bested the Patriots 66-61. Rodney Glasgow Jnr led the visitors with 18 points, going 7-12 from the floor.

Glasgow Jnr leads the Sharks in the league with 13.3 points per game; the Virginia Military Institute graduate is shooting 53.5% from the field and 44% from three on the year.

One To Watch- Riders

In the BBL Cup semi-final against London, Jubril Adekoya came up big in the clutch with two late buckets. The 6’7” Valparaiso graduate has provided size and hustle off the bench all season long.

Coach Rob Paternostro sang the praises of his player after the win: “Jubril was excellent today. His pick and roll defence in the second half was a real difference in the game. He’s been a real unsung hero for us this year.”

Adekoya has stepped up in the biggest moments this season, scoring a game-winner against the Cheshire Phoenix.

Having played the last four seasons in the Spanish second division, Adekoya brings much-needed experience and grit to this Riders roster.

One To Watch – Sharks

Sheffield was recently forced to replace combo guard Jonathan Williams after his departure to Poland. They signed American wing Devante Wallace to fill the hole in the roster.

Wallace signed from Romania’s division A, where he averaged 13.8 points per game, shooting 43% from deep.

Standing at 6’5”, Wallace is a versatile offensive talent, able to take defenders off the dribble and get to the hoop, or use his quick release to pull up for three.

Defensively, Wallace likes to jump into the passing lane to steal the ball, generating fastbreak opportunities for his team. He averaged 1.7 steals a game in Romania, forcing his opponents to throw lose passes at their peril.

The sides last met in late November. The game was also played at Ponds Forge, and was won 80-72 by the Riders.

The Sharks stayed in the game until deep into the fourth, before being dispatched by Leicester in the closing minutes.