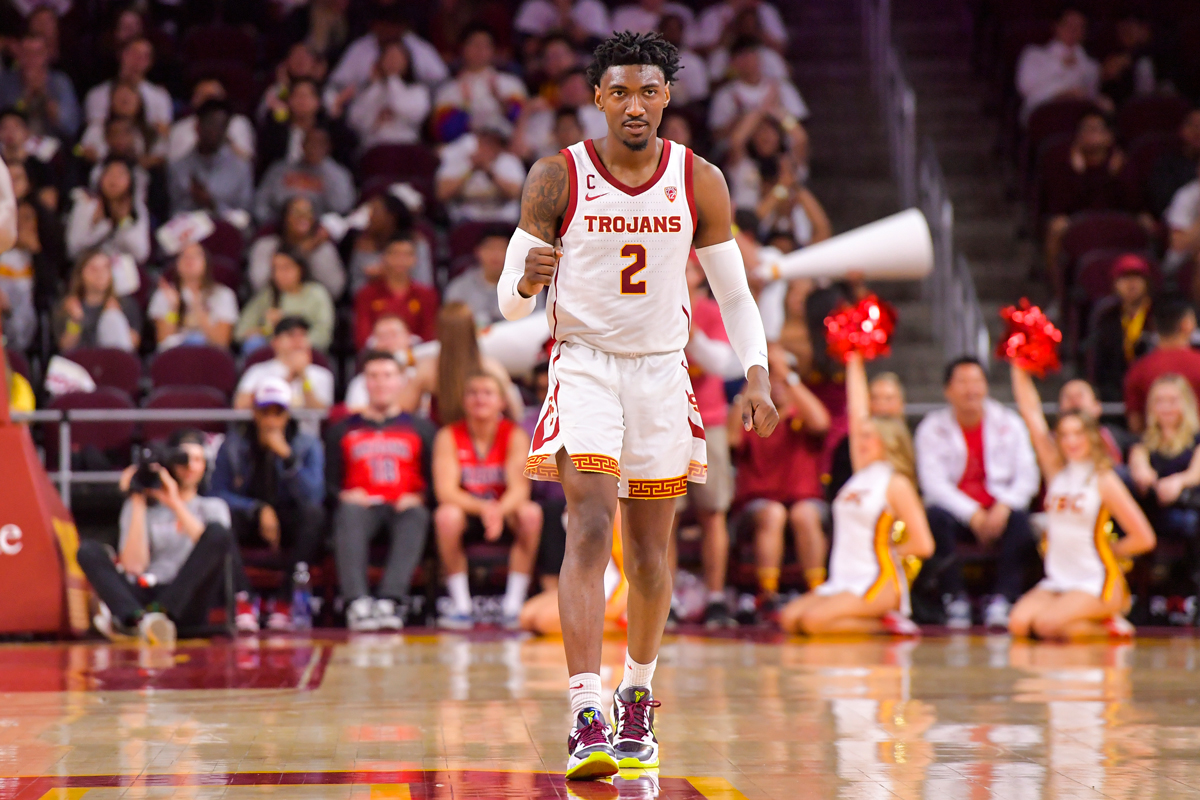 Although the season finished abruptly due to Covid-19, his last appearance for USC on Senior Day was a memorable one. The USC captain hit his fourth 3-pointer of the game with 6:52 left to become USC’s all-time leader in threes. In the same game Mathews took a game-winning three with 2 seconds remaining for a 54-52 victory over UCLA, the result is the first regular-season sweep over their rivals since the 2015-16 season, and made the Trojans’ NCAA Tournament berth all but confirmed.

After four years playing for the Trojans, Jonah can’t wait to get his professional career underway.

“I’m so excited to get out there and play for this program with a great coach and talented group of guys,” commented Mathews. “I’m very excited to play in a different country along with an amazing fan base that the Riders bring to every game.”

“I just wanna get out there and work. I want to win another championship with this program.”

Jonah was named to the All PAC-12 tournament first team in 2018, All PAC-12 second team and all-defensive team last season. Mathews becomes the ninth signing for Head Coach Rob Paternostro who is delighted to bring the American to Leicestershire:

“We are excited to have Jonah this season. His career at USC speaks for itself, individually he did great things, but what really stood out for me was that he had more wins than any other player in USC history. That’s a statistic to be proud of!”

“He is a talented guard with quickness, good size , and the versatility to play with the ball or without it. He has an excellent all around game. He led his team in minutes played which shows you his value to the team.”

“He was very effective in late game situations, you can see on video that he was confident in his ability to make plays in the important moments of the game.”

“Defensively he had a very good season, making the All defensive team in the PAC-12 shows how highly he was thought of on that end of the floor.”