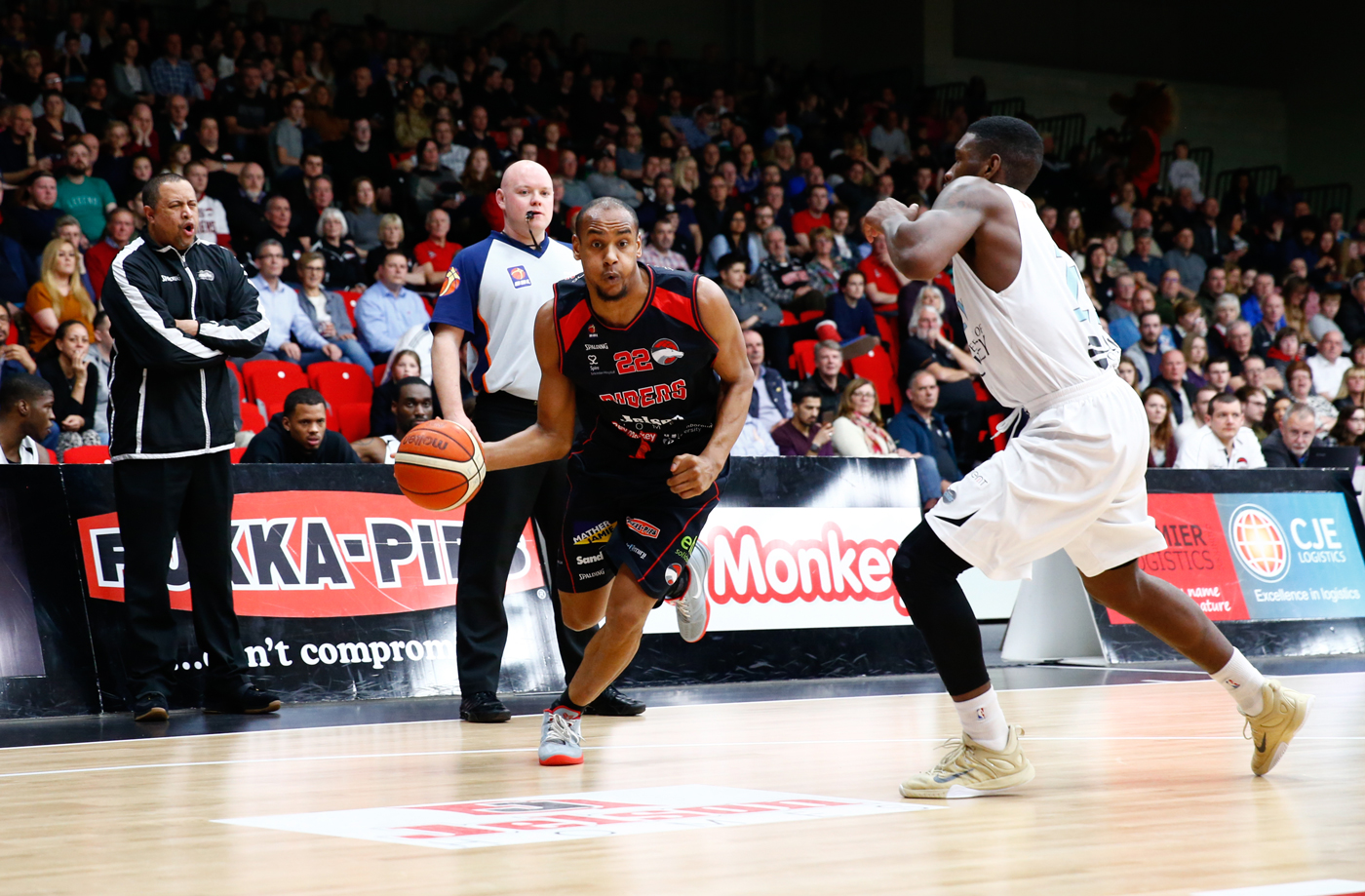 6’6″ forward May-Thompson, re-joins the Riders after a spell with Cheshire Phoenix, Mulhouse Pfastatt (in France) and Worcester Wolves.

Raheem played a role in Rob Paternostro’s side during the 2015-16 season when Leicester won both the league and BBL Trophy.

“Obviously Raheem is a guy we know very well,” commented Coach Rob. “We are excited to have him back. He was great to work with last time and we are all looking forward to working with him again”

“He is an athletic versatile player with plenty of experience who can play multiple positions and can fit in with many different line-ups.”

“I really like how he has performed in big games and is a player that doesn’t shy away from the big moments.”

“I’m really excited to have the opportunity to go back to Leicester and to play for the Riders again.”

“I know the organisation really well and I’m looking forward to linking up with the likes of Jamell (Anderson) and Conner (Washington) again who were both playing when I was here the first time around.”

“I am also very much looking forward to attaining a Masters degree. Loughborough University is a first-class University and I value the opportunity they have afforded me.”