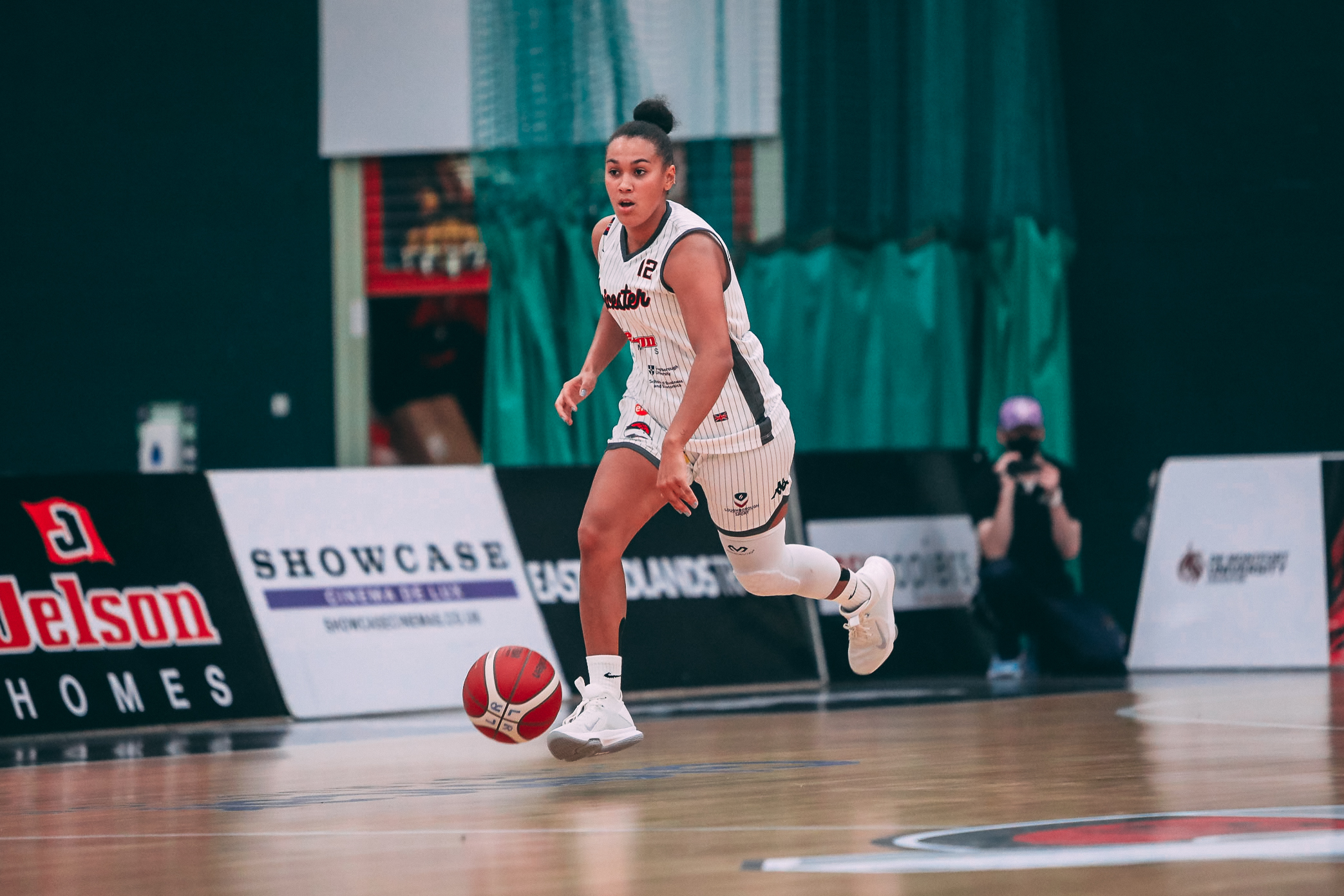 Leicester Riders kicked off the defence of their WBBL Cup with two wins against Oaklands Wolves and the Gloucester City Queens at Cardiff University over the weekend.

On Saturday Riders ground out a hard fought 57-48 win over the Oaklands Wolves.

With both teams struggling to find any fluency on offence the game had looked in the balance at the end of the third quarter with Riders up 39-36. However a 12-3 run at the start of the fourth quarter would prove crucial as Riders opened up a game high 12 point lead which the Wolves were unable to claw back.

Riders were led by Anna Lappenkuper who scored 14 points. Hannah Robb contributed 11 points, 7 rebounds and 4 assists while Louise Rouse playing in her first game for the Riders and against her former side had 9 points and 8 rebounds.

Sunday’s game was slightly more routine as the Riders triumphed 81-46 over the WBBL’s newest franchise the Gloucester City Queens.

Riders jumped into an early lead and from that point on they never looked threatened. Dominating the battle of the boards, Riders were able to get off 41 more shots than their West Country opponents and won each of the four quarters.

Contributions came from across the roster with Louise Rouse again excelling with a double double of 14 points and 13 rebounds. Katie Januszewska scored 12 points and grabbed 7 rebounds in just 18 minutes of action, Anna Lappenkuper also contributed 12 points while Oceana Hamilton got 11 points along with 8 boards. All in all ten Riders got on the scoresheet.

Those two wins set up a winner takes all encounter with the Cardiff Met Archers at Loughborough University on Wednesday night, 7pm tip off. With the victor advancing to the Semi Finals of the WBBL Cup.