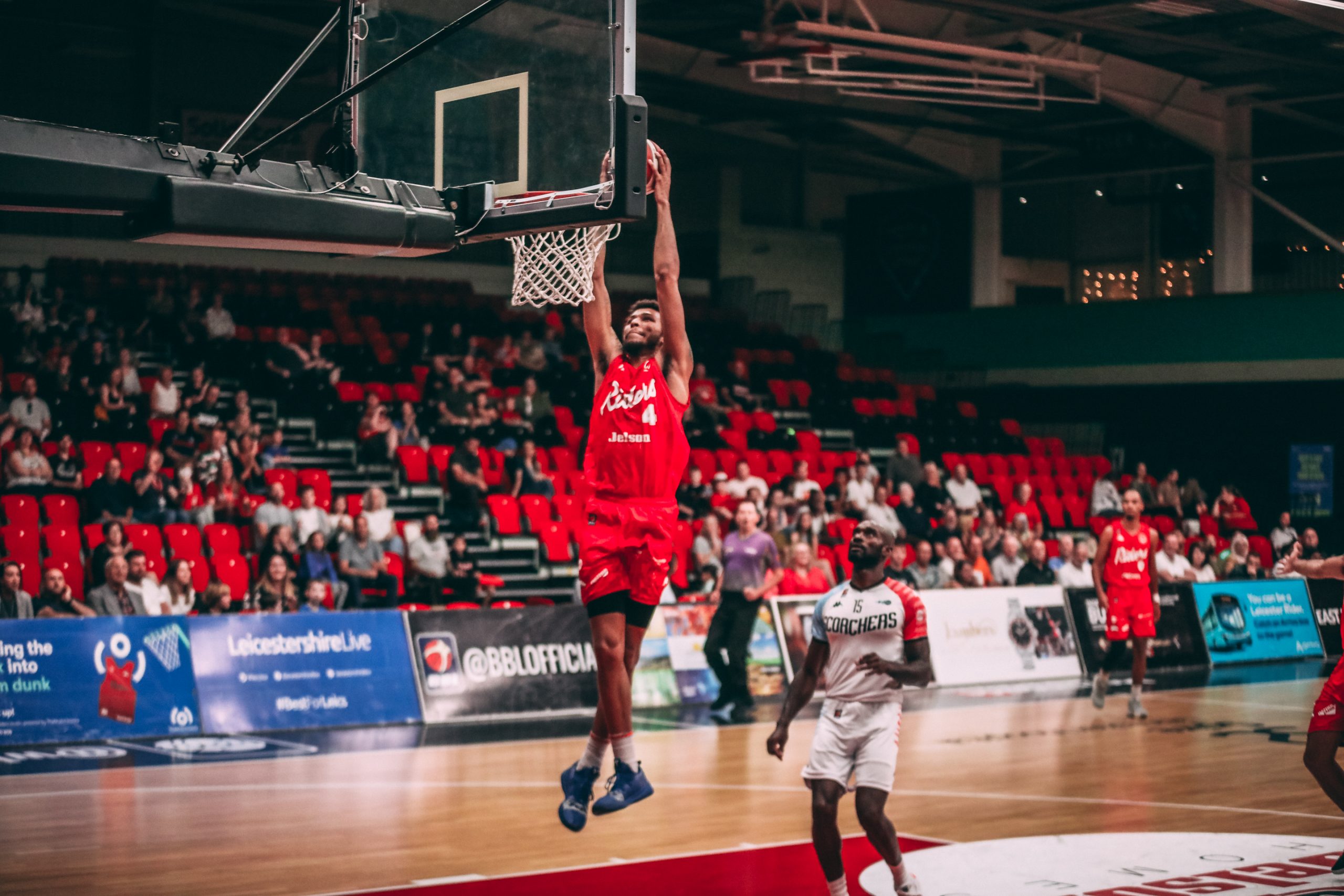 Riders bounce back with win over Scorchers

The win is Leicester’s 30th straight against Surrey, their most recent loss dating back to November 2012. They were red hot from deep, making 10 of their 20 three-point attempts, and locked in defensively, forcing the Scorchers into 18 turnovers. Reigning BBL MVP Geno Crandall continued his strong form with 15 points and eight assists. He stole the ball five times, making his tally through two games an impressive nine.

Seven-year Scorcher Tayo Ogendengbe kept the game close through the first two periods. Following his 24 point performance in his previous game, he scored 28 in this fixture, missing his first shot midway through the third quarter. With just eight players listed, the Scorchers faded in the second half, but challenged the league champions for long stretches of the tie.

Leicester jumped out to a double-digit lead midway through the first. Loving lifted the roof off the Morningside Arena with an electric sequence, draining a three before slamming down a monster jam on the next possession following a Crandall steal. Ohio born Loving led the Riders through a dominant first quarter which ended 34-24, with 13 points and two rebounds, making all five of his field-goal attempts.

Despite struggling from deep in their previous fixture, the Scorchers hung in the game in the first half after hitting six of 11 three-point attempts. Ogendengbe carried the scoring load with 19 in the first half, while 7’1” center Legend Robertin proved to be a brick wall defensively, blocking three shots.

The Riders snatched back momentum as the half came to a close. A three from Loving for his 19th points of the night was followed up a Crandall steal leading to an easy jam. They reestablished their double-digit lead, entering the locker rooms up 56-45.

Coach Rob Paternostro made adjustments at halftime, as the Riders, who had difficulty inside against Robertin in the first half, often put the big man in the pick and roll in the second. With Robertin forced to defend away from the basket, the Riders had joy attacking the rim, with nine of their 12 baskets in the third quarter coming from inside the paint.

Courtesy of six straight points from GB guard Conner Washington driving to the hoop, the hosts stretched their lead to 21 with a 13-0 run. Washington scored 10 in the quarter, helping the Riders enter the fourth with a 86-65 lead.

Surrey went down fighting in the final quarter, scoring seven straight to cut into the Riders lead. Despite the late charge, Leicester saw the game out confidently, keeping their advantage to double digits to secure their first win of the season. Crandall and Loving produced the play of the game to send Riders fans home happy. They ran the fast break together, with Crandall throwing the ball up high for Loving to slam down.

The Riders now have a two-week break from BBL action, playing their next fixture on October 8th. They travel to Bristol to take on the Flyers, hoping for back to back wins in their BBL Cup group.