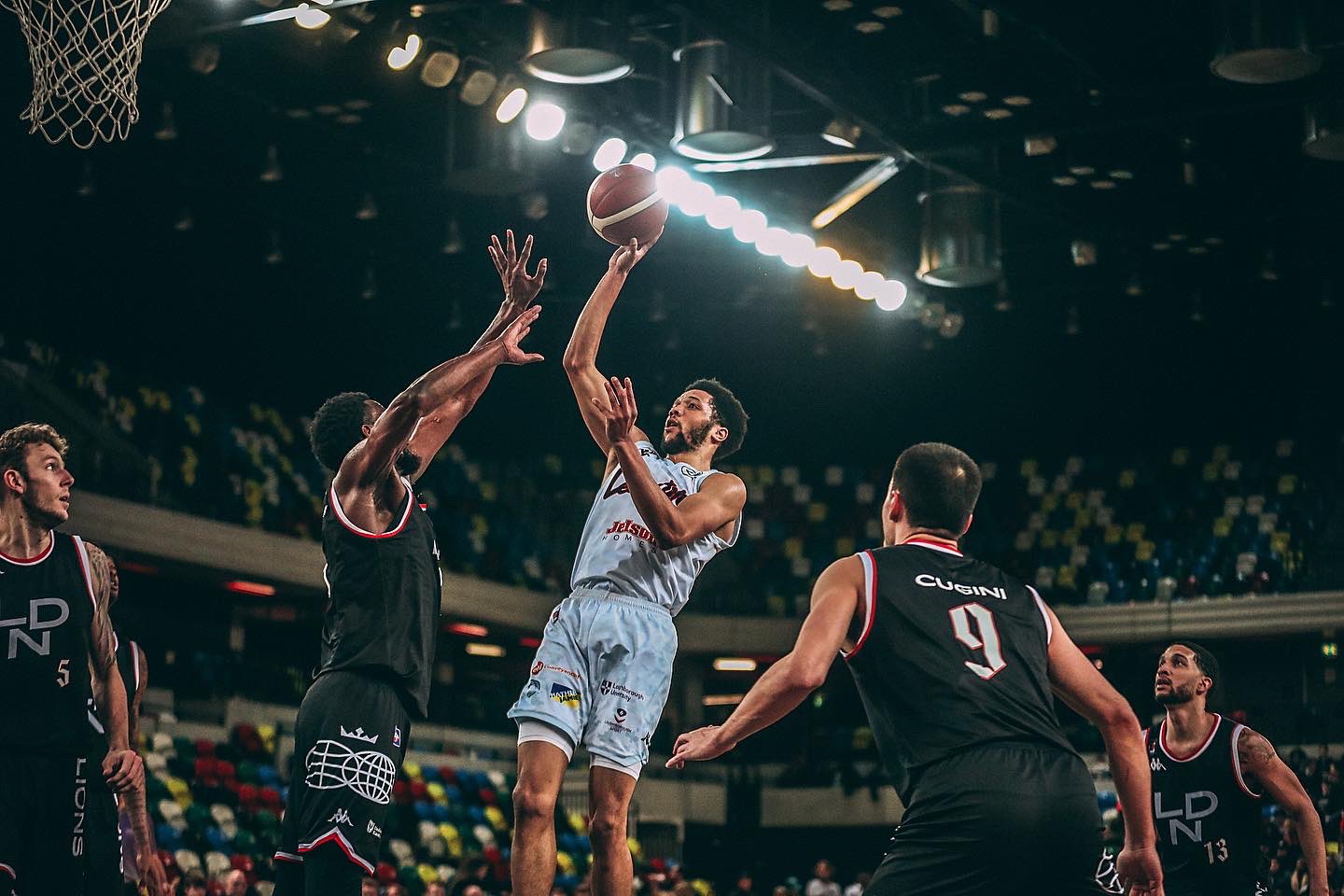 Riders make it 11 straight wins with victory over Lions

The Riders moved to 11-0, their best-ever start to a league campaign, beating the London Lions 80-67.

Leicester’s BBL best defence locked in to win the game late, holding the league’s highest-scoring offence to zero points in the first eight and a half minutes in the fourth quarter.

Patrick Whelan proved why he deserved his first GB call up before the game, leading the Riders with 17 points. Mo Walker also had himself a dominant performance off the bench, putting up a double-double with 16 points and 12 rebounds.

Meanwhile, off the back of a Final MVP performance in the BBL Cup final, January’s BBL Player of the Month Geno Crandall stuffed the stat sheet with 12 points, eight rebounds and seven assists. Crandall had key buckets in the third to keep it close, before the Riders jumped out to a lead in the fourth.

The Lions’ offence, which was rolling through three quarters, was forced to a halt in the fourth. They went 2-12 from the floor, despite entering the period shooting 50%, and turned the ball over five times.

Dirk Williams’ led the hosts in the game with 16 points, but his side managed just 10 points off the bench to the Riders’ 31, as Leicester flexed their strength in depth.

The game, featuring the BBL’s two highest-scoring offences, began at an electric pace. Whelan and Darien Nelson-Henry owned the first quarter, which finished 26-23 in London’s favour, with 14 points between them.

Nelson-Henry led Leicester through the tightly fought opening stages with five quick points, including an and-one to start the game. Whelan then took over the scoring duties, heating up with back to back threes.

The GB sharpshooter pulled up in transition for his second three, silencing the home crowd for his ninth points of the evening. But Williams’ explosion for eight points to close the period earned London the advantage.

Walker led the line for Leicester in the second quarter, the bruising big man putting up six points and six rebounds in the first five minutes of the period. Walker fought inside to help the Riders to the lead.

The sides battled it out to close the half, as Italian sniper Lorenzo Cugini caught fire for London to hit four threes in the quarter. Cugini closed the half with a three to put the Lions up 48-46 at halftime.

After three straight London scores to start the second half, Crandall turned up his aggression on the offensive end to keep the Riders in the contest. The reigning MVP scored six quick points to tie the game at 54, hitting contested shots in close.

The score swung back and forth to close the third, as there were three lead changes in the final two minutes. A pair of Crandall free-throws for his 10th points of the quarter took the lead for Leicester entering the fourth.

The teams were locked in a stalemate to start the final period, as it took three minutes for the first score of the quarter. It came courtesy of Jubril Adekoya, who drained a corner three to put Leicester up six, their biggest lead of the night.

The Riders’ defence locked in, putting a lid on the rim for London. With London failing to score for eight and a half minutes in the fourth, the Riders took a double-digit lead. Whelan’s three forced a Lions timeout with Leicester up 15.

The win sees Leicester six points clear atop the BBL Championship table. They host the Manchester Giants in their next game, hoping to maintain their undefeated league record.