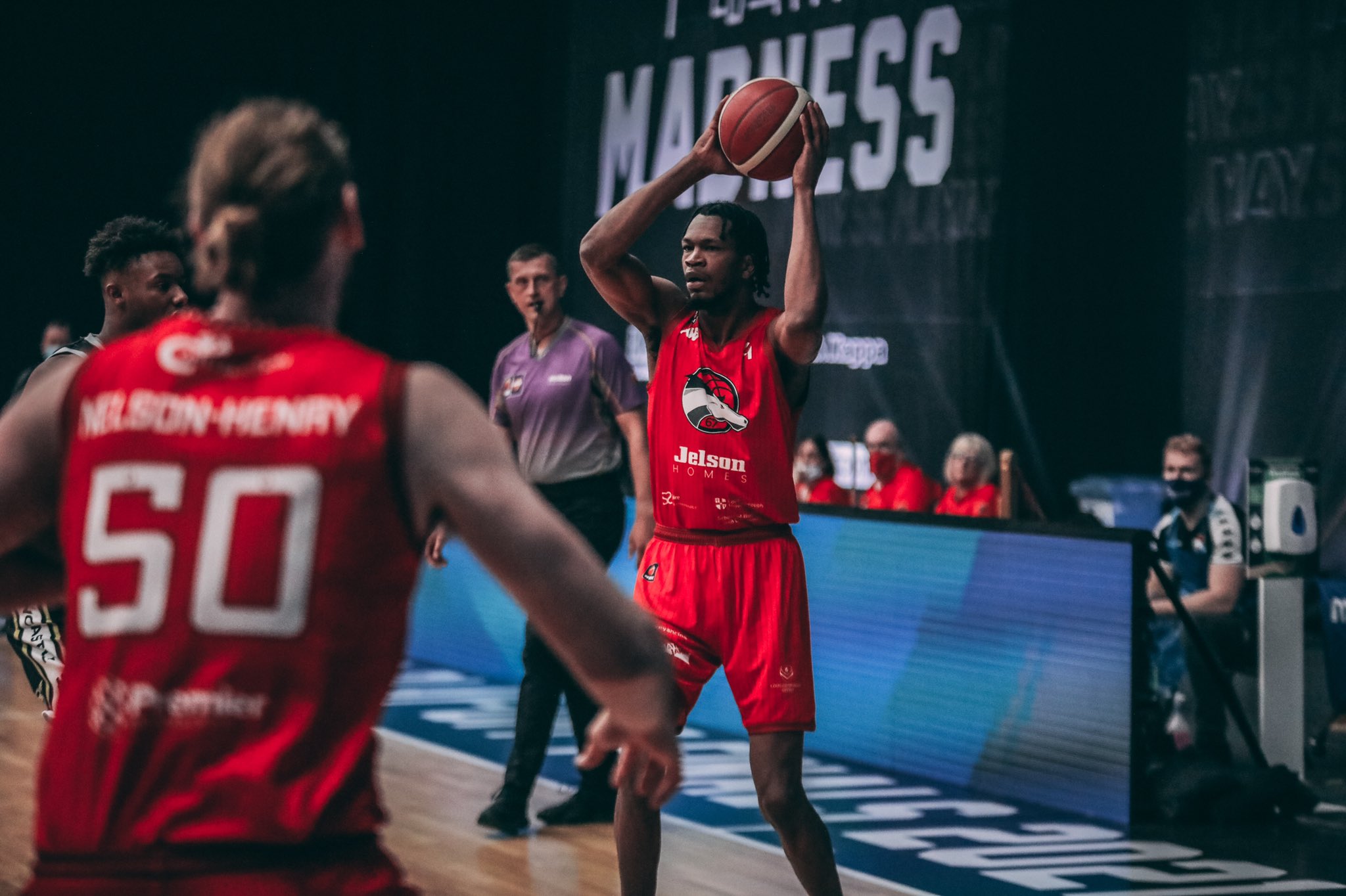 Riders knocked out of Playoffs by Eagles

The Riders’ league-winning season draws to a close, after a 164-146 aggregate loss to the Newcastle Eagles in the BBL playoff semi-finals. Led by 13 points and 11 rebounds from Darien Nelson-Henry, the Riders fell short of a fourth-quarter comeback after entering the final period down 14. MVP candidate Rahmon Fletcher dominated the tie for the Eagles, averaging 30.5 points and eight assists across the two legs.

The Riders fought until late, bringing the game to within six points after finding themselves down 15 in the final quarter. Their Molton Sports BBL Team of the Year players, Nelson-Henry and Geno Crandall, put the team on their back to score eight straight points and bring themselves into contention. Turnovers proved costly for the Riders, as they gave the ball up 16 times in both games. Uncharacteristically, the BBL’s most efficient offence struggled to make shots consistently in the second leg, shooting 41% from the field and going 3-24 from three.

With the experience of a close tie against the Sheffield Sharks in the previous round, the Eagles seized momentum late. With the game in the balance, a 19-7 run closed out the fourth quarter for Newcastle, kick-started by huge threes from Fletcher and Louis Sayers.

Fletcher picked up where he left off after a 34 point performance in the first leg, as the Eagles flew out to a 14 point lead. The two-time BBL MVP filled up the box score with seven points, two assists and three steals in the first quarter. With Fletcher running the show, the Eagles’ offence caught fire with red hot shooting in the first, which ended 29-20 in their favour.

The responsibility fell to the Riders’ captain, Nelson-Henry, to commence a comeback. His sequence against Darius Defoe midway through the second quarter switched Leicester’s offensive focus to the interior, where they had success in the first leg. After blocking Defoe at the rim, Nelson-Henry ran back up the floor and backed up the 16-year Eagles veteran, before spinning left and hitting a hook shot for two.

The Riders pulled down four offensive rebounds on the next two possessions, dominating the battle inside. Leicester’s big-men scored all of their team’s seven points to end the half as they took the lead in the game with 1:37 left in the second. Fletcher’s steal and layup tied the game on aggregate as the teams entered the locker room with the Eagles up 40-39.

Mustapha Heron kicked off the second half explosively, beating Defoe to the baseline before rising quickly and throwing it down left-handed. Despite the monster jam, the Riders fell into a hole, with the Eagles starting the third quarter on a 9-2 run. Again, it was Nelson-Henry reclaiming momentum for his side. After laying in a putback off a missed three, Nelson-Henry came up with a chase-down block on a driving Fletcher before deflecting the ball twice on the next possession to force an Eagles turnover.

The Eagles responded to Nelson-Henry’s effort and energy with a 13-2 run to retake their double-digit lead. Fletcher scored 10 on the run to give Newcastle a commanding 14 points lead entering the final quarter.

The Eagles built on their advantage to start the fourth with a huge and-one play from Justin Gordon. Down 15 on aggregate with their season on the line, Crandall and Nelson-Henry flipped a switch to claw the Riders back into the game. They scored eight points straight to cut the lead to seven, as the tie balanced on a knife-edge. With the score 69-61, the game’s momentum was ready to be seized, and it was Newcastle who took it. Back to back threes from Fletcher and Sayers gave the Eagles a 13 point lead with five minutes to go, kick-starting a 17-3 run which put the game to bed.

The loss marks the end of a memorable Riders’ season. The Eagles progress to the final, where they will meet the London Lions or Plymouth Raiders at the Morningside Arena on Sunday.