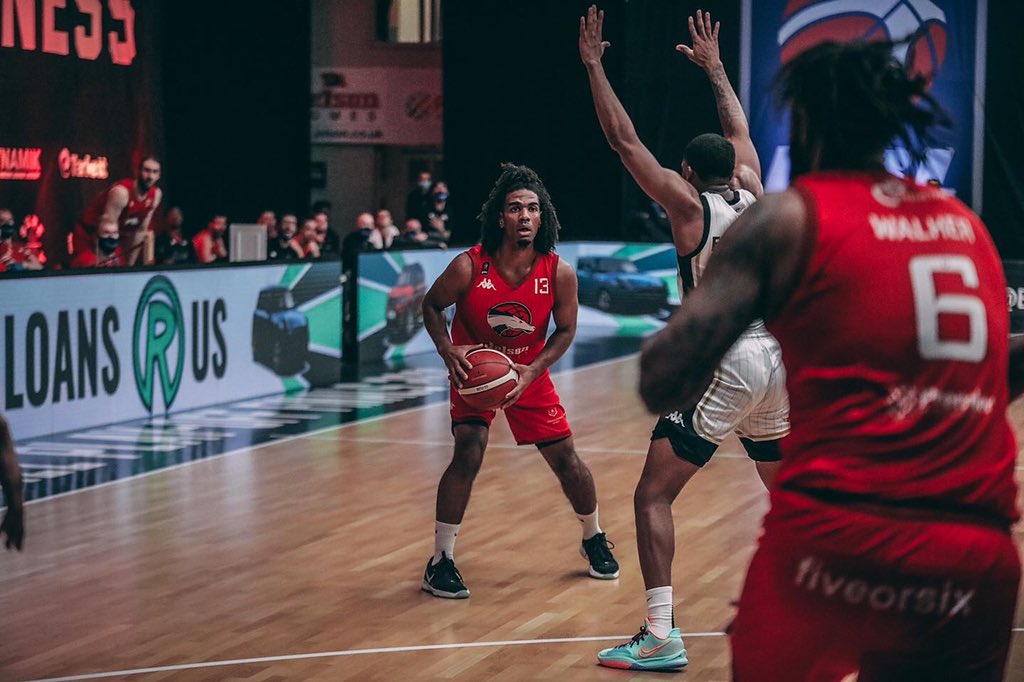 The Riders take on the Eagles in the second leg of the BBL playoff semi-final. Tipping off at 5:00pm Thursday, a transformed ‘May Madness’ Morningside Arena will host a clash deciding which side progresses to the BBL final.

The Riders have thrived this year with a hounding athletic defence. Ranked number one in the BBL, the Riders limit opposing teams to a league low 2,303 points allowed over the course of the league season. Sporting players of elite athleticism and length, Leicester are a match-up killer, able to switch and rotate without giving anything away. They enter the second leg riding a five-game win streak but after a tight one-point game in the first leg, the Riders know they have to be on their game to reach the all important final.

The BBL’s 4th seed and most historic franchise look to add another finals appearance to their impressive resume. They got off to a good start against the League champions on Tuesday, falling short but only by a point forcing an intense second leg. Despite losing, the Eagles played the Riders closer than any team in Leicester’s hot streak, a huge 24-9 fourth quarter clawing them back into the contest. Captain Rahmon Fletcher put the team on his back and showed out in the Leicester Arena, setting an example for Newcastle in the next, win-or-go-home match.

William Lee was a monster walking the court Tuesday afternoon. Posting an intimidating double-double of 18 points and 14 rebounds, five of which were on the offensive glass, Lee could not be stopped. The Leicester forward put his 6’9” frame to use on both sides of the court, also hounding on the defensive end, swatting two shots, and stripping the ball twice. Lee is not just an athletic freak who plays above the rim though, he is an athletic freak with touch and technique making him hard to pin down. He possesses a consistent mid-range game, often seen pulling up for two along the baseline. The Eagles were hurt by Lee in the first leg, so will know they must limit him in the second if they want to taste BBL finals basketball.

Eagles centre Evan Maxwell was key to Newcastle’s quarter finals success, and much the reason they face the champions in the semis today. In the second leg of the quarter-final against the Sharks Maxwell put on a masterful display of efficient basketball. He scored 19 points on 8-13 shooting, and lead both teams with a +10 +/-. The Eagles missed his play in the first game against the Riders though, as Maxwell had a quiet outing. After shooting 0-6 from the field and finishing with a measly two points, Maxwell will be looking to step things up in the second contest. The Eagles will be hoping for a repeat of his quarter-final heroics, and the Riders must be wary of a scoring coming off the bench.

The Riders and Eagles had a close match in their first face-off, split by only a point in Leicester’s favour. Geno Crandall and Rahmon Fletcher had their usual masterful battle, and William Lee put on a forward’s clinic. The second game is almost a win-or-go-home knockout, and judging by the intense affair on Tuesday, fans are in store for another entertaining play-off knock-out.