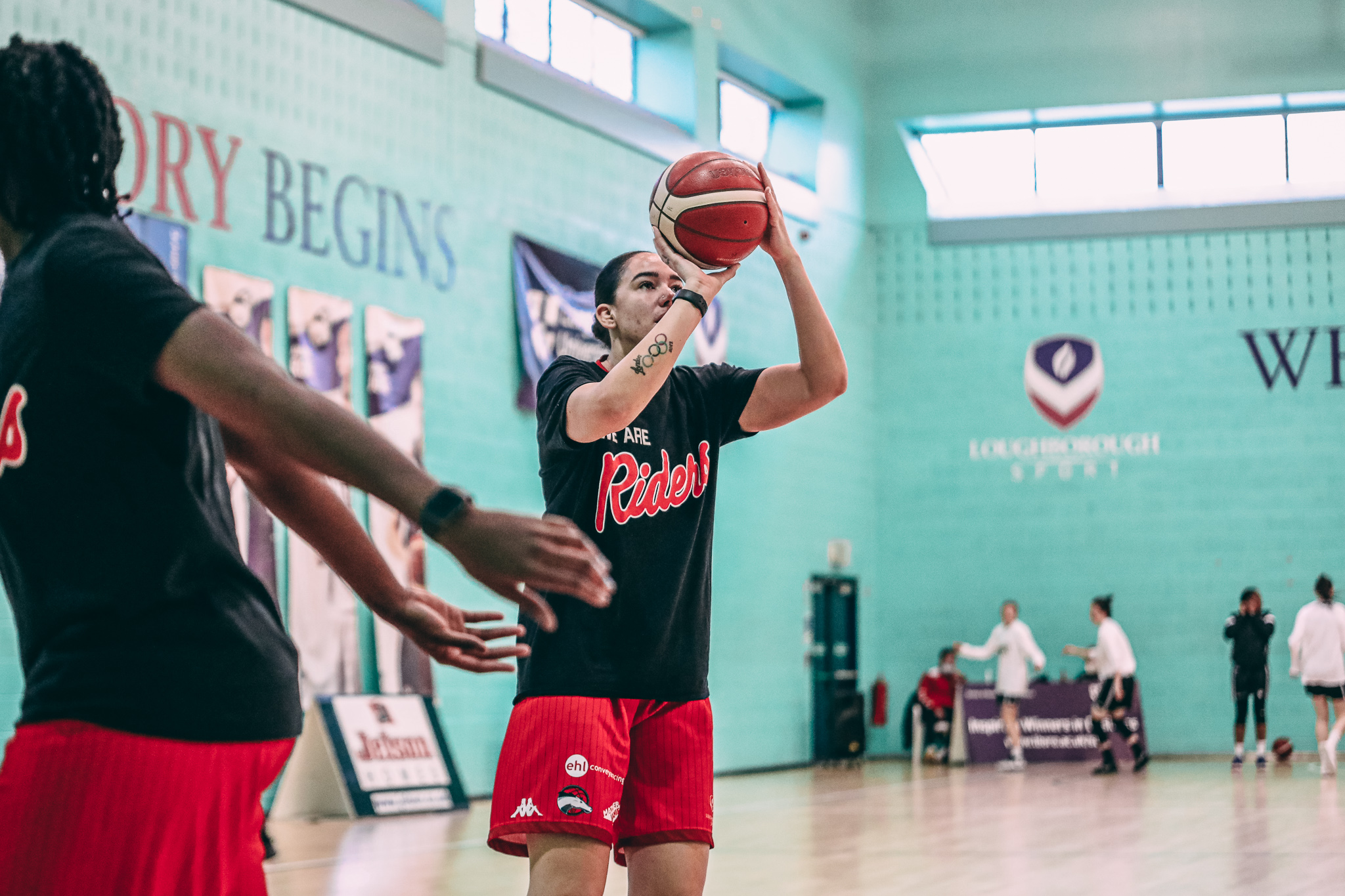 Riders Fall to the Suns

Tough road game for the Riders as they fell to the Sevenoaks Suns, 51-63. Leicester kept it to a three-point game to finish the third, but Sevenoaks’ fourth quarter run consolidated the win.

Out the gate both teams went on a rally until Ella Clark hit a three to give Riders a 5-point lead. However, the momentum shifted to the Suns favour after multiple turnovers from the visiting team. A quick push mid-way in third by Clark, Smith and Stewart closed the gap, however the Riders were unable to reclaim the lead over the league leaders.

Both teams had players shy of triple-doubles. Despite getting triple-teamed, Azania Stewart led the Riders with 12 points, 8 rebounds and 7 assists, whilst the Suns were led by Carr (20p, 12r, 9a) and Clark (15p, 12r, 7a).

Riders have a busy weekend ahead as they take on both BA London Lions (24th April) and Sevenoaks Suns (25th April) to finalise their position in May Madness.