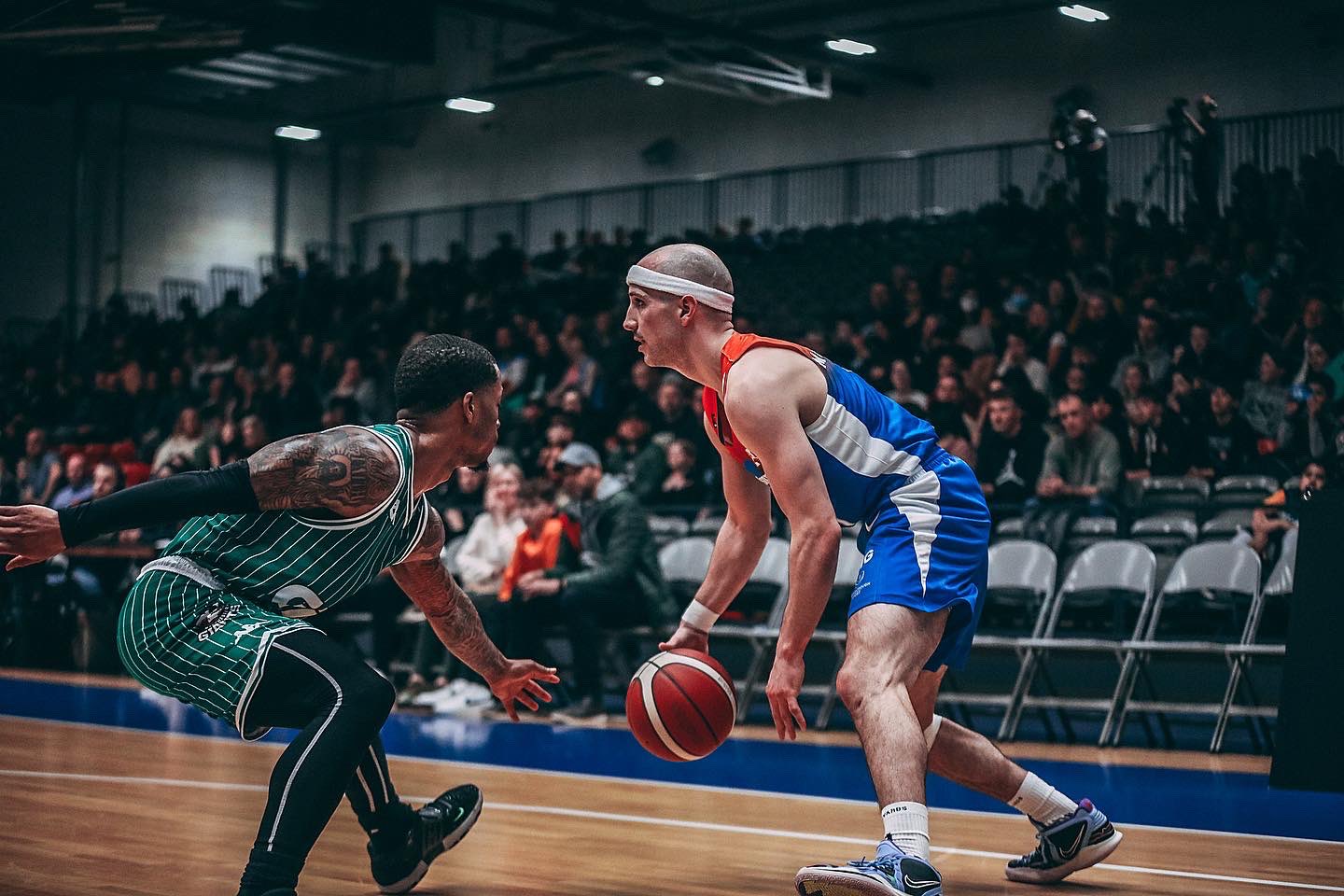 Riders fall on the road to Giants

The Riders took their second defeat of the season in a thriller, falling to the Manchester Giants 85-83.

Losing their MVP Geno Crandall to injury after the first minute, the Riders fought hard all game to keep it close. There was never double-digit points between the teams, as the game came down to the final possession.

The final play came down to Patrick Whelan, who recorded his first career double-double with 25 points and 11 rebounds. He drove strong to the hoop, but found no whistle through heavy contact before the final buzzer sounded.

Riders captain Darien Nelson-Henry led them out the gate, scoring the first five points including an and-one play. The big man’s buckets led Leicester through the opening stages, as a flurry of fastbreaks gave them a 12-5 lead.

In response to the hot Riders start, the Giants charged back into the tie led by GB international Will Saunders. The London born wing scored eight, including back to back threes to give Manchester the lead.

The game swung back and forth for the remainder of the period. Marc Loving hit a three to tie the game at 20 by the end of the first, despite the Riders starting 1-8 from behind the arc.

Whelan came out into the second quarter aggressively, making two three-point plays to retake the Riders lead. Despite this, they struggled to find their offensive rhythm, turning the ball over five times in the period. They hung in the game, courtesy of nine from Whelan, and Kimbal Mackenzie hit a floater at the buzzer to make it 41-38 at the half.

Shots started to fall in the third, as Zach Jackson, Loving and Washington hit their first three-point attempts of the half to give the Riders a narrow lead. They carried their advantage all the way into the fourth, as Leicester locked in with their BBL best defence to hold Manchester to 15 in the third.

But it was the Giants who came out the stronger of the sides in the final quarter, going on a 7-2 run. Whelan hit a three to tie the game up, setting up a tense finale with the score 70-70 with five minutes remaining.

As the clock ticked down, Nelson-Henry took over the game down low. He scored seven straight points, including a monster two-handed slam and a tough and-one finish. The Penn graduate’s play gave the Riders a five-point advantage, their biggest since the first quarter.

The Giants came back at Leicester with a run of their own, with Jamell Anderson and Tyrik Armstrong making baskets to cut the game to two. Mackenzie responded with a layup on the other end, before Armstrong made a three to make the score 83-82 in the Riders’ favour with a minute left.

Both teams locked in to keep it scoreless until the final five seconds. It was Saunders who came up with the goods for the hosts, draining a three to put the Giants up two. Whelan drove to the rim on the next play in an attempt to tie, but his shot was stuffed with heavy contact to end the game.

“Things weren’t going our way, and we tried to fight through it and gave it our all but came up just short,” said Whelan post-game.

His thoughts are on the next game, where the Riders will look to bounce back against the Surrey Scorchers.

“We take every loss personally, that’s why we only have two of them in the league. We’ll come out hard and come out strong. We’ll be ready for the next one for sure.”