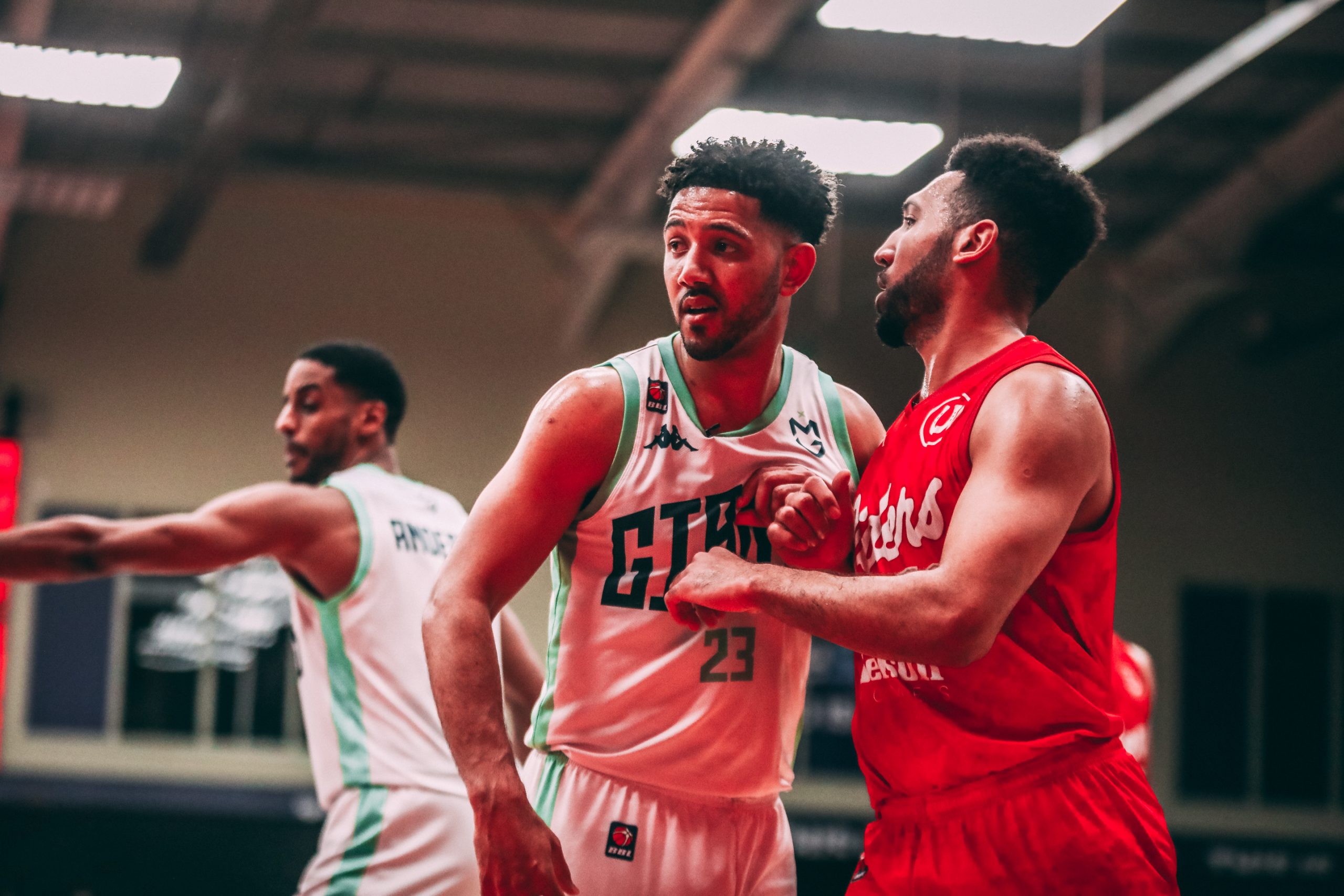 Manchester hosts retro night in this one, with classic kits, tunes and special guests set to feature! The Riders will be throwing it back to the early 2000s, sporting a blue and orange for the contest.

The Riders sit top of the BBL Championship table with a 16-1 record, their best start to a season in their history. They enter this tie on a four-game winning streak, after beating the Cheshire Phoenix 80-59.

The victory in their previous game clinched a playoff spot for the Riders, but captain Dairen Nelson-Henry says his sights are set on bigger goals.

“We’re not satisfied with just that. We want to go and win the BBL Championship, and go on and win the finals. It’s a nice little pat on the shoulder, but we want more.”

Nelson-Henry had three blocks in the game, acting as the anchor to the BBL’s best defence. No team has scored 80 against Leicester in the league this season, as they hold their opponents to 69 points a game.

On the other end of the floor, the Riders have the best offence in the league also, scoring 90.6 points per game. Patrick Whelan is leading the team with 14.8 points per game, the GB sniper shooting a scorching hot 50% from three-point range, the second-best percentage in the BBL.

A win in this one would see the Riders take another step towards retaining their league title, continuing their record-breaking season.

A BBL Cup Final appearance against the Riders has been the highlight of the Giants’ season so far. In the league, they’ve enjoyed a successful campaign so far, sitting joint second in the table with a 10-8 record.

They enter this game having won two on the bounce, beating the Newcastle Eagles 110-89 on the Sky Sports cameras. Geno Artison led the game with 23 points and eight rebounds in just 26 minutes, going 9-11 from the floor and 6-7 from three in an electric performance.

The Giants are the fourth most productive offence in the BBL, scoring 87.7 points per game, and rank third in assists with 21.1. Tyrik Armstrong has led the way for Manchester this season, the Houston native scoring 15.8 points per game.

Manchester will be keen to secure a win in this one to see themselves go clear in the tightly contested second spot in the BBL Championship table.

A force in the paint and a leader in the dressing room, Riders captain Darien Nelson-Henry has been at his efficient best this season. Putting up 11.8 points and 5.8 rebounds, the Uni of Penn big man is ranked seventh in the BBL in field goal percentage with 61.5%.

In college, Darien led Penn in points, rebounds and blocks in his senior year, his performance in the season earning him an All-Ivy selection. After gaining experience in Poland and Austria, he joined the Riders, and is competing in his third year in Leicester.

Efficiency is what Nelson-Henry hangs his hat on, having averaged over 58% from the field in every one of his professional seasons. He gets his back to the basket often, using his supreme strength to fend off the best post defenders the BBL has to offer, and uses his touch at the rim to finish.

Darien will look for another efficient night in this one, and steer the Riders to a fifth straight win.

One To Watch – Giants

Former Rider Jamell Anderson is in the midst of one of the best seasons of his 11-year career. Known as an elite defender throughout his 10 years in the BBL, featuring on the Molten BBL Defensive Team of the Year last season, Anderson is scoring 10.6 points on 51.6% from the field, playing great basketball on both ends.

Anderson spent eight seasons at the Riders, winning eight pieces of silverware in the process. Standing at 6’7”, the Nottingham-born wing is a versatile defender, able to guard any position from anywhere on the court.

He is the epitome of a “three and D” player, pairing his elite defence with 39.5% three-point shooting this season. Anderson gives opponents continual headaches, with the Riders needing to be at the top of their game on offence to get the better of him.

The sides last met in mid-Febuary, as the Riders emerged 86-69 victors in Leicester. Nelson-henry led the way for Leicester with 23 points, as an electric second quarter saw the Riders establish a lead.

Armstrong had the best of the Giants’ efforts, putting up 15 points and eight assists. The Riders forced the Giants in 39% shooting, playing suffocating defence to secure the win.