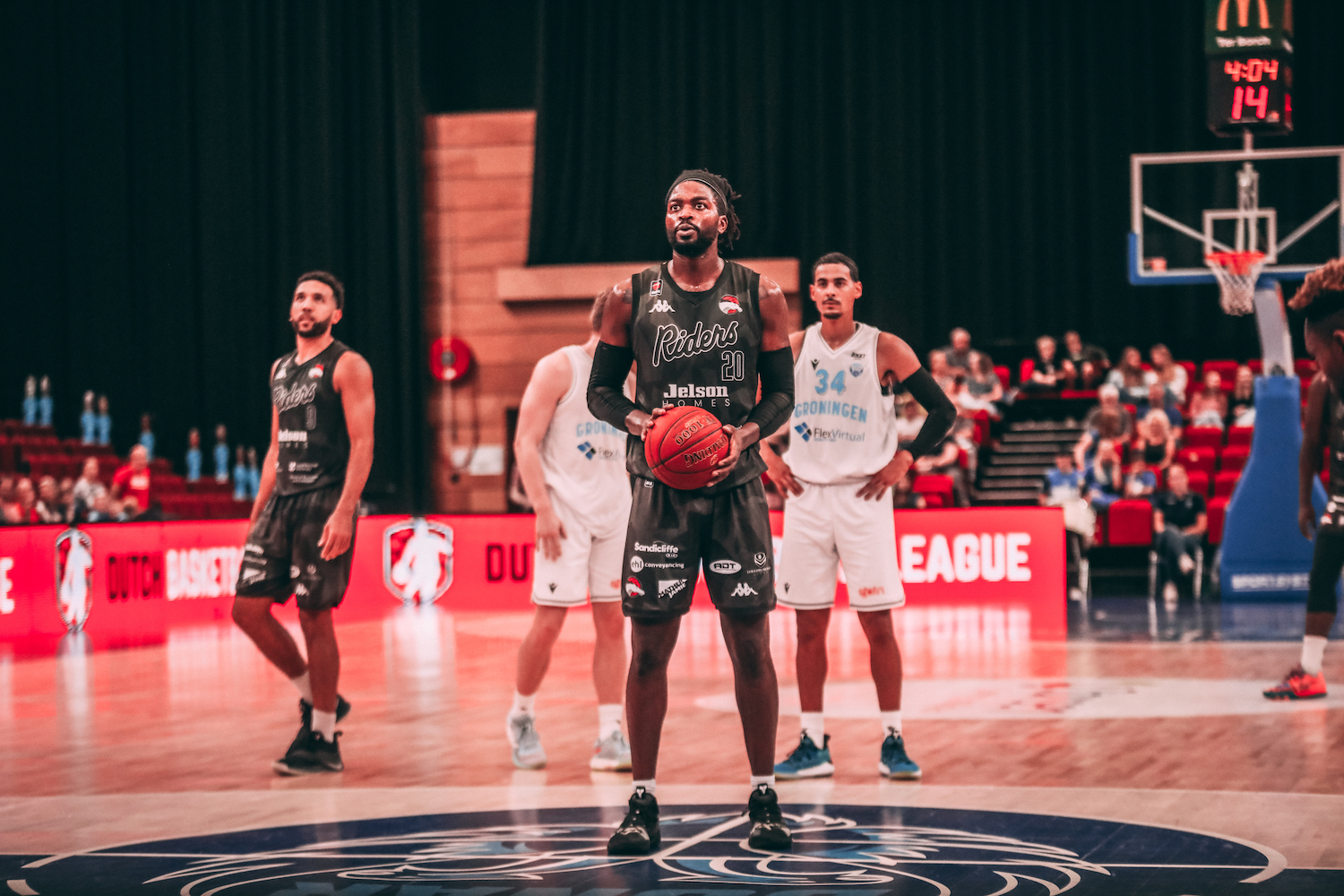 Leicester Riders came through two tough pre-season tests on Friday night and Sunday afternoon at Donar Groningen in the Netherlands, the Dutch side winning both 70-59 and 90-72.

Without American imports MVP Geno Crandall and Zach Jackson, the games provided an opportunity for new signing American forward Marc Loving to bed into the team, and to provide invaluable minutes for young players Justin Hedley and Victor Ndoukou, while hardening up the rest of the team, ahead of the new BBL season which starts in just under two weeks.

Having beaten a USA Select team on last Wednesday night, Rob Paternostro’s side were back in action 48 hours later in a tight gym in the neighbouring town of Wildervank on Friday night, having travelled to Groningen on Thursday. The Dutch side has quality European pedigree, having handily beaten Bakken Bears recently, Bakken having been too strong for Riders in Leicester’s only Champions League campaign to date three seasons ago.

On Friday night, Donar made the early head way running up an 8-0 lead, but Riders soon found their rhythm, with Kimbal Mackenzie and latterly Mo Walker drawing the Riders back into contention. The home side edged the first quarter 14-10, and in a tight defensive affair the home side was narrowly ahead 29-26 at halftime. The second quarter saw Conner Washington dominating the ball and keeping Riders in contention as found his range from beyond the arc.

Early in the third quarter, Riders found their rhythm, with Washington again dominant and combining well with Canadian guard Kimbal Mackenzie. Indeed, Riders were up 41-39 with 3.44 left in the quarter, but finally the home side started to use their strength in depth, and they closed out the quarter with a 10 to nil run, to lead 49-41 going into the final quarter.

The final quarter saw both sides rotate their squads with the teams due to meet again 40 hours later, and Riders never threatened the Donar lead.

Washington finished up Rider’s top scorer with 15 points including 3 of 6 three pointers, while MacKenzie had a fine all-around game with 10 points, 3 rounds and 3 assists. Patrick Whelan added 11 points, including 2 of 3 three pointers. Riders were over-powered on the boards 41 to 29, with Donar scoring 15 second chance points, which proved decisive.

On Sunday afternoon, in the more impressive surroundings of Donar’s normal home venue of the MartiniPlaza, with a capacity of 4,500, Riders took an early 5-3 lead. But the Dutch came roaring back with 3 three pointers by American shooting guard Austin Luke, which helped the home side to a 19-12 first quarter lead.

Riders were struggling to find their shooting touch and were put under severe defensive pressure by the physical Donar team and shot just 34% in the first half, including 2 of 10 from beyond the arc, and trailed 43-29 at halftime.

Washington was held scoreless in the first half but nailed two three pointers in the third quarter as Rider’s offence sparked to life and Walker made inroads inside. The home side just edged the third quarter 26-25 in a high tempo and high-quality period.

Washington and Patrick Whelan were both finding their shooting range in the final period, but Donar always had a response and Riders never threatened the home side’s lead.

Walker added 12 points and 6 rebounds. Donar’s greater strength in depth was again decisive, as they had 41 points from their bench, while Riders had just 14.

Riders begin their BBL Cup campaign at the Morningside Arena when they face the Bristol Flyers on Friday 24th September, CLICK HERE to buy tickets!