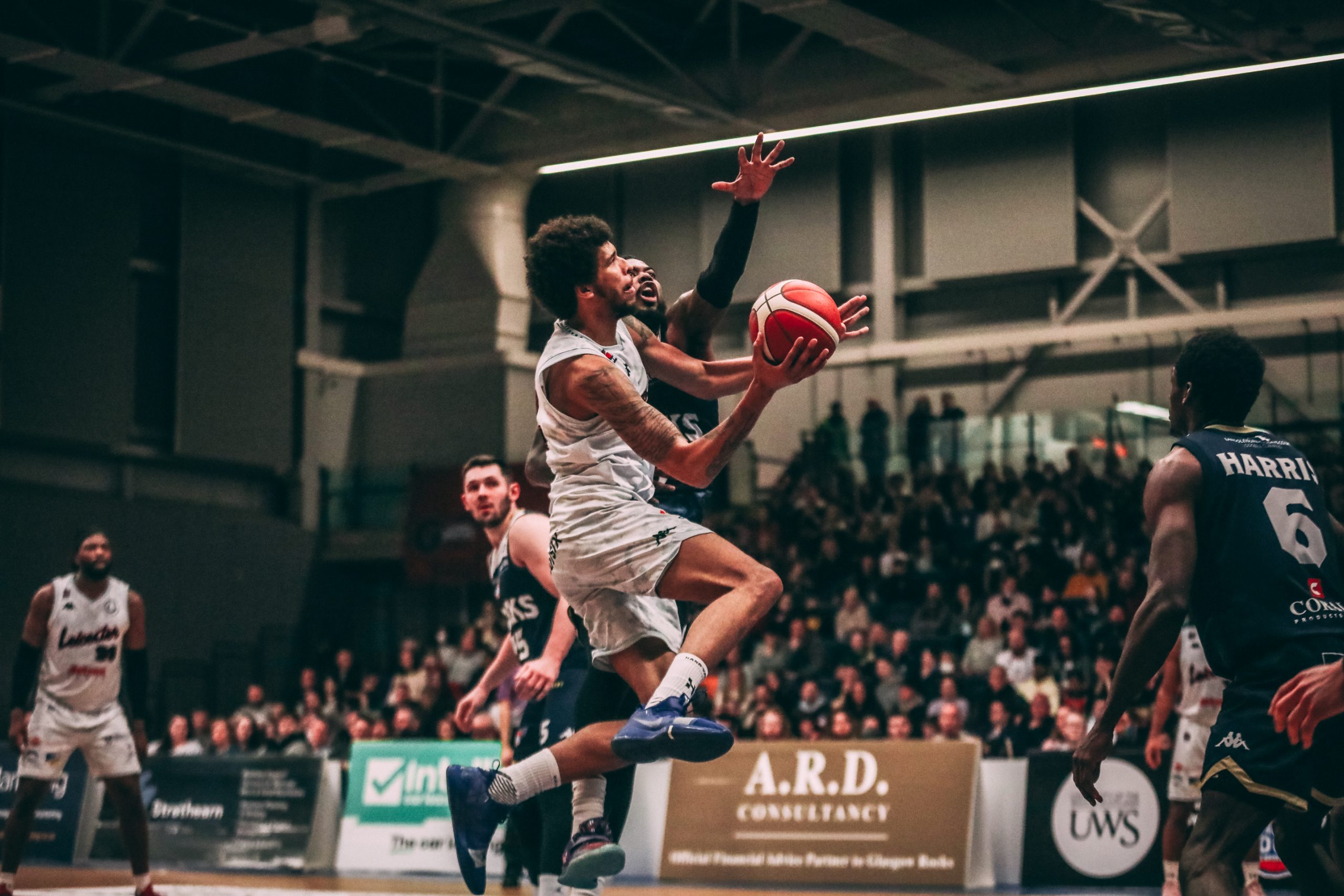 Riders defeat Rocks for second win of the weekend

The Riders dominated the Glasgow Rocks wire to wire, taking a 105-76 road win to improve to 14-1.

Patrick Whelan led the Riders with 23 points in 22 minutes, exploding from three to hit six of his seven attempts. Joining him in a hot shooting night were Conner Washington and Marc Loving, who went 3-7 and 4-9 respectively.

The Riders bolted out the gate to score 68 by halftime, their highest ever points tally in a half of basketball. Loving, Washington and Whelan had 47 points entering the locker rooms, as Leicester hit 11 first-half threes to leave the Rocks shellshocked.

In the absence of MVP Geno Crandall, Conner Washington stepped into a starting role seamlessly, playing every minute of the first half and scoring 15 by halftime. The GB guard put up his season-best scoring tally to help his team to a commanding win.

Another man stepping up for the shorthanded Riders was Jubril Adekoya, who acted as a sixth man as Mo Walker sat out with an injury. He also put in a season-high performance with 18 points, hitting both of his threes and eight of his 11 field goals.

Entering the final period with 46 points, the Rocks showed heart in the final ten minutes. They scored 30 in the fourth to make it a respectable scoreline.

Glasgow’s two high volume scorers, who both sit top in the top 10 of the BBL scoring charts Ali Fraser and Jordan Harris, went off for 17 each. Harris grabbed six rebounds and dished five assists in a well-rounded game, the former Georgia Bulldog putting in the bulk of his points in the latter stages.

The win makes it two on the trot for Leicester, who extended their lead at the top of the league table. Loving has exploded for back to back big shooting nights, after leading the Riders to the win last time out.

He spent no time backing up his team-leading performance in his previous game, pulling up from all over the court to score eight points in less than a minute in the first. The Ohio State sniper drained back to back deep threes, getting the Riders off to a perfect start.

Loving’s shooting was infectious, as the Riders went 8-9 in the first five minutes of the game, bolting out to a 12 point lead. Whelan quickly bested his teammate in the points column, making three straight three-point plays to bring his tally to 11 in the first quarter.

With Loving and Whelan taking a well-earned rest on the bench, Adekoya checked in and quickly set the tone down low. He scored seven points in four minutes, including a steal and a breakaway jam to end the period 33-17 in Leicester’s favour.

After the Riders hit five threes in the first quarter, Washington continued the barrage from deep, hitting two of his own to get the second period underway.

With momentum firmly behind the Riders, big man Adekoya showed off his playmaking skills, throwing a halfcourt lob to Darien Nelson-Henry who flushed it down with two hands. The connection between the front-court pair was evident throughout, as Nelson-Henry repaid the favour on the next possession by dishing an assist to Adekoya inside.

The Riders’ lead continued to grow as they neared the halfway mark, with everything they threw up seeming to go down. They hit six more threes in the second quarter, in which they scored 34 points to enter the half up 68-37.

Leicester began the second half like they ended the first, continuing to grow their already colossal lead. Scotland international Fraser scored 7 straight for Glasgow in an attempt to chip into the deficit, but a Whelan three put a quick stop to the Rocks run, before Nelson-Henry made it a 40 point affair.

Loving’s fourth three of the night concluded the third, as the Riders entered the final period up 90-46. The Riders flexed their BBL best defence in the third, holding the Rocks to just nine points.

The Rocks showed heart despite the deficit in the final quarter, scoring 12 in the first five minutes. Adekoya got to work down low in response, putting Fraser in a spin cycle in the post to lay in his 18th points of the night, a season-high tally.

With the game in no doubt in the final stages, Evan Walshe saw 10 minutes of floortime, scoring six points. The small forward, who gained international experience with GB u20s, received his season-high minutes total in the game, valuable game time for the 23-year-old.

The Riders return in another road game next time out, as they head to Bristol to take on the Flyers. A win would bring their record to 15-1, as they continue their best-ever start to a season.