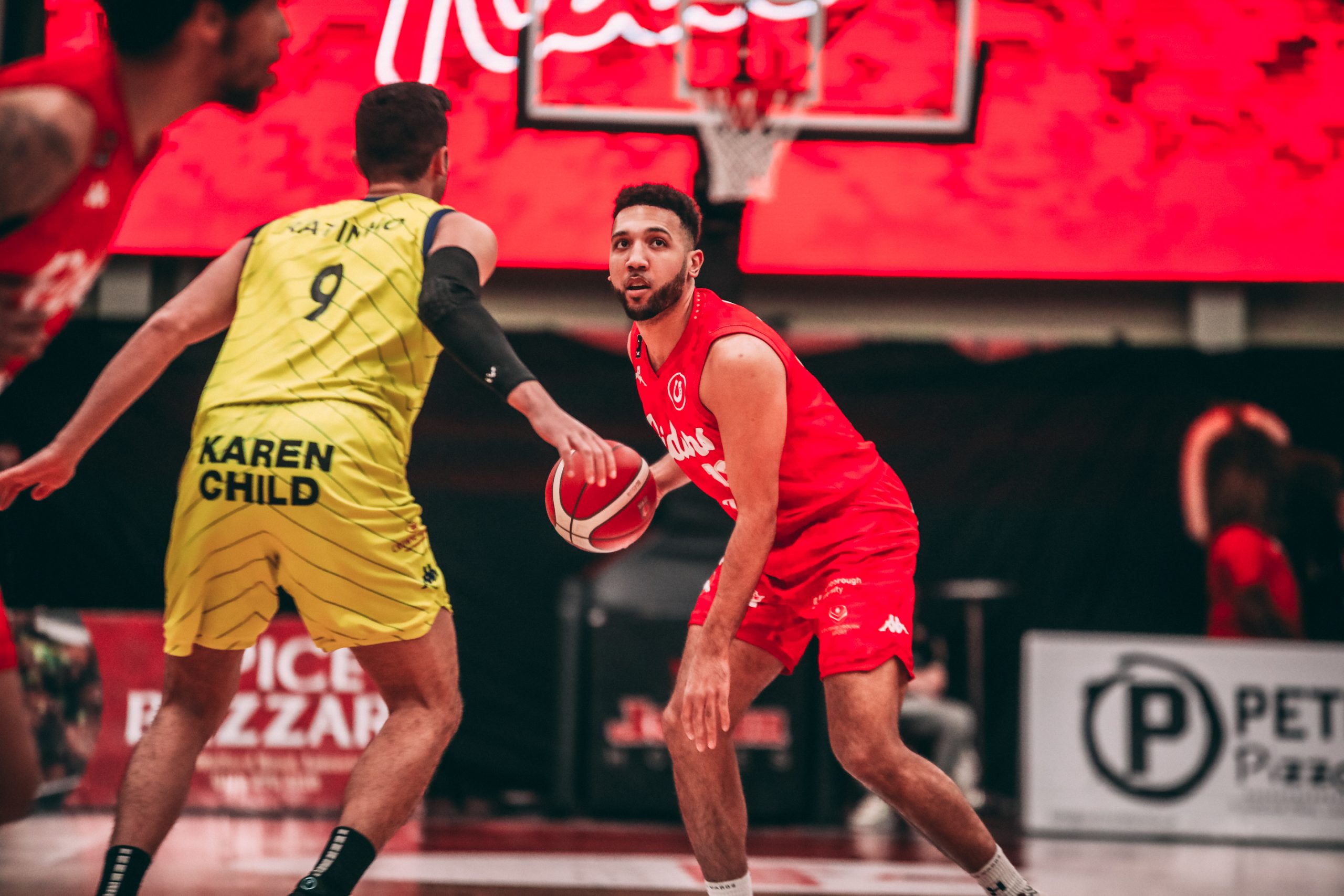 The Riders are once again the team to beat in the BBL, as they sit top of the league table with a 13-1 record. They are in a strong position to retain their BBL Championship title, playing elite basketball on both ends.

Leicester possesses the BBL’s best offensive and defensive record, scoring 91.2 points while giving up just 69 a game. No team has scored 80 points against the Riders in the league this season, and they held the Sharks to 14 in the fourth in their previous game to maintain that record.

The final score was 90-77, a deceptive scoreline to what was an intensely fought game. Marc Loving played all 40 minutes, leading the Riders with 23 points. Loving scored 11 in the fourth as the Riders stretched their lead late, after entering the period up just two.

It was the perfect response to their first league loss of the season, something Loving commented on post-game:

“It was very important for us to get on the right track today. We had a long week of practice after the loss to London, and now we’re going back in the right direction.”

“Tonight I had to bring some scoring to the table, and I’m happy my teammates put me in a position to knock some shots down.”

The Riders hope to improve to 14-1 against the Rocks, continuing their best-ever start to a league season.

After a solid 3-3 start to the season, the Rocks enter this tie on a six-game losing streak which puts them second bottom of the BBL Championship table. They came close to breaking the streak in their previous fixture, but fell short in heartbreaking fashion.

It was the second of a back to back against the Newcastle Eagles, which they lost 97-95. They held a two-point lead in the final minute, but fell victim to former MVP Rahmon Fletcher’s game-winning jump shot to send the Rocks home empty-handed.

It was former Rider and GB international Ali Fraser who led his home country Rocks in the game with 25. Fraser was one of two Glasgow players who scored 20, with Georgia graduate Jordan Harris scoring 21.

Defence has been responsible for the Rocks struggles this year, as they hold the worst record in the BBL, giving up 93.23 points per game.

As they prepare to face the league’s most potent offence, they will need to buckle down to have any hope of breaking their losing streak in this one.

Carrying the scoring load in his last game, Ohio State star Marc Loving went off in the fourth quarter to seal a Riders win. The 6’9” power forward knocked down three of his seven threes, and shot 56% from the field on his way to his 23 point night.

Loving is stuffing the stat sheet this season, ranking second in scoring for the Riders with 14.4 points per game, and topping the rebounding charts averaging 5.6. His production comes efficiently, as he knocks down 40% of his threes and 47.3% of his field goal.

“If he gets an open look, he’s taking it. I love his floor game too. His shot is amazing, and the way he plays the game is very intelligent. He’s a player that helps us in many ways.”

Coming out of high school, Loving was the number one recruit in Ohio, after being named his state’s Mr Basketball in his senior year. He brings NBA G-League experience, after playing for the Agua Caliente Clippers and the Delaware Bluecoats, and is a calm presence to the team in every occasion.

One To Watch – Rocks

Jordan Harris has been on a tear for the Rocks this season, putting up 20 points in seven league games. The 6’5” guard comes off a back to back against the Eagles where he averaged 21 points and five rebounds.

The Georgia graduate averaged 7.1 points per game in his senior year with the Bulldogs, and gained experience playing alongside NBA number 1 pick Anthony Edwards in college.

A human highlight reel, Harris is capable of serving up big plays on any given possession. His athleticism allows him to rise up high and throw down poster dunks, which he does often with his willingness to run in transition.

The first-year pro will look to continue his hot streak to end the Rocks poor run of form.

The teams last met early in the year, as the Riders hosted a 105-76 blowout win.

GB sniper made six threes for the Riders on his way to 22 points, as the Riders knocked down 18 threes in the game.

Harris led the Rocks with 14 points and four assists, as his team shot 50% from the free-throw line in the heavy defeat.