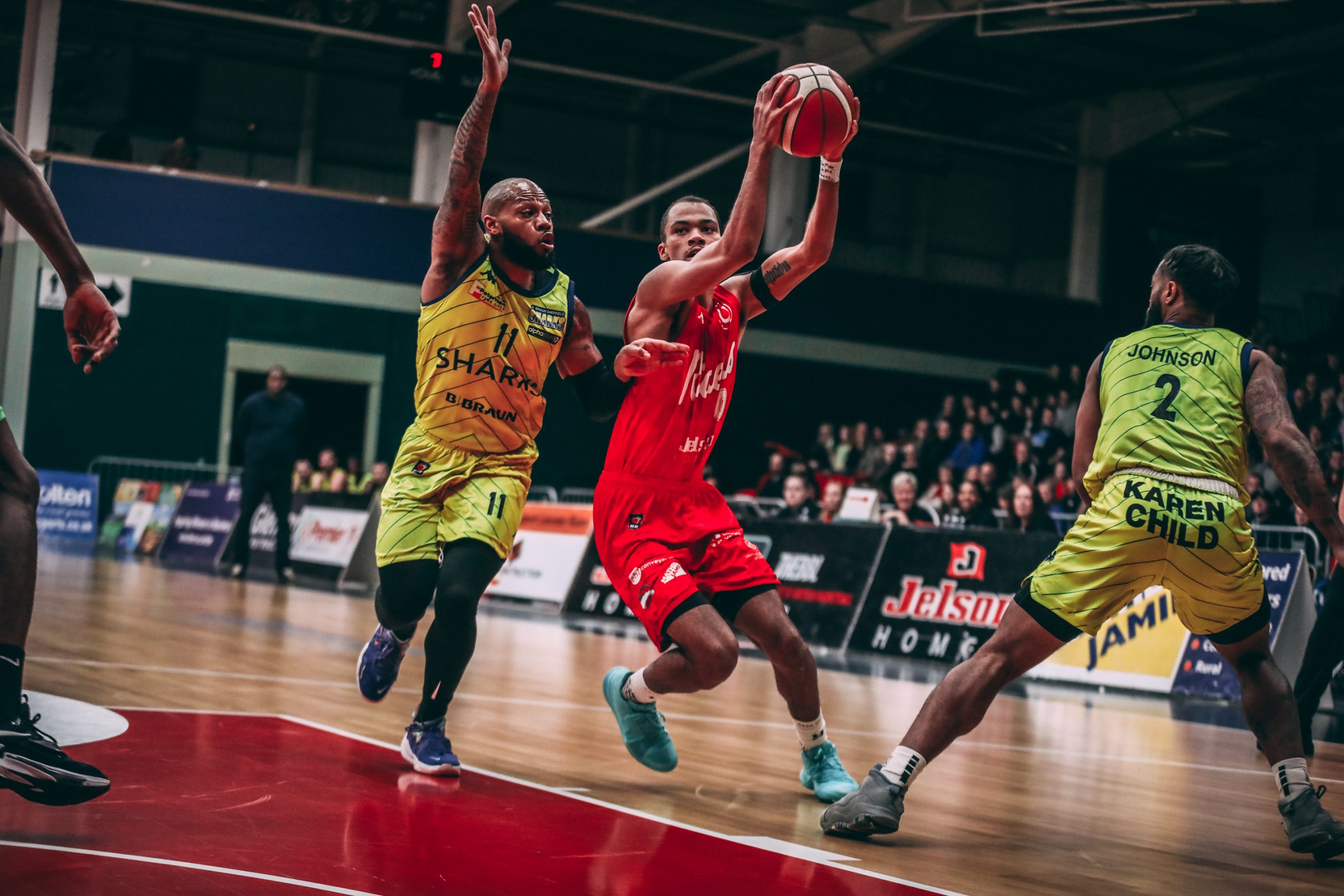 Riders get back to winning ways with Victory over Sharks

The Riders bounced back from their first league loss of the season, beating the second-placed Sheffield Sharks 90-77. They stretched their lead atop the BBL Championship table to eight points, possessing a 13-1 record.

Marc Loving played all 40 minutes to lead the team with 23 points. He scored 11 in the fourth to seal the win, in a tie that was closely contested throughout.

The Riders put on the ultimate team display, as all of their starters scored in double digits. But as has been typical of this Leicester outfit, it was their defence that won the day.

No team has scored in the 80s in the league against the Riders, as their streak continued in this one as they held Sheffield to 14 in the fourth. Jubril Adekoya had three steals, and his defence late was integral to Leicester’s success.

The Sharks dominated the glass to stay competitive until the dying stages. Pulling down 10 offensive rebounds, their physicality challenged the Riders who were without their big man Mo Walker.

Sheffield’s new star Antwain Johnson continued his scorching hot start to Sharks life, leading the game with 25 points and seven rebounds. The former NBA G-Leaguer carried the bulk of the scoring off the bench for large stretches going 8-12 from the field in 28 minutes.

A Loving breakaway dunk capped off a hot Riders start, as they bolted out to a 15-8 lead. The Sharks battled back, with San Fransisco graduate Jordan Ratinho scoring back to back buckets, but Loving halted the Sharks’ surge with a monster baseline jam, lifting the roof off the Morningside Arena.

Loving scored seven in the first, as the Riders ended the period up 26-19 after Kimbal Mackenzie got the roll of the rim to knock down a floater in the lane.

Sheffield’s new man Antwain Johnson started the second with five points in a minute, cutting the score to a possession. The Riders, struggling to find the bottom of the net, buckled down defensively. They forced three straight turnovers out of the Sharks, who possess the best turnover record in the BBL.

With Johnson scoring 10 in the second for Sheffield, the visitors won the period 22-12 to enter the locker room with a slender lead. Crandall’s finish through heavy contact cut the Sharks lead to 43-40 by halftime.

To start the second half, Whelan drained a quick three to tie it up. The Riders snatched the game’s momentum, breaking out on a 7-0 run out of the locker rooms.

The score swung back and forth as the sides attempted to secure a foothold in the game. There were 11 lead changes in the third quarter, with each team responding to each other’s baskets with big plays on the other end.

Whelan finished the third with five points in the final minute, including a tough and-one in the lane. Johnson’s free-throws concluded the period, with the sides entering the final quarter with two points between them, the hosts with the advantage.

Early in the fourth, Adekoya took over the game, scoring three points and stealing the ball twice in three minutes while playing stifling interior defence. Building off the big man’s play, a three from Whelan gave the Riders a seven-point advantage with five minutes on the clock.

Playing physical offence, the Riders put the Sharks in foul trouble with the fourth coming to a close, as they got to the line effectively. With Sheffield unable to foul, the Riders clicked their offence into gear, taking the first double-digit lead of the night as Crandall dished to Adekoya down low.

With a raucous Morningside Arena behind them, the Riders sealed the game in style, as Loving scored his 11th points of the quarter to put it beyond a doubt.

After the game, Loving spoke on the importance of responding to their recent loss: “It was very important for us to get on the right track today. We had a long week of practice after the loss to London, and now we’re going back in the right direction.”

“Tonight I had to bring some scoring to the table, and I’m happy my teammates put me in a position to knock some shots down.”

The Riders head on the road for their next game. They face the Glasgow Rocks, looking to improve to 14-1 in their league title defence.