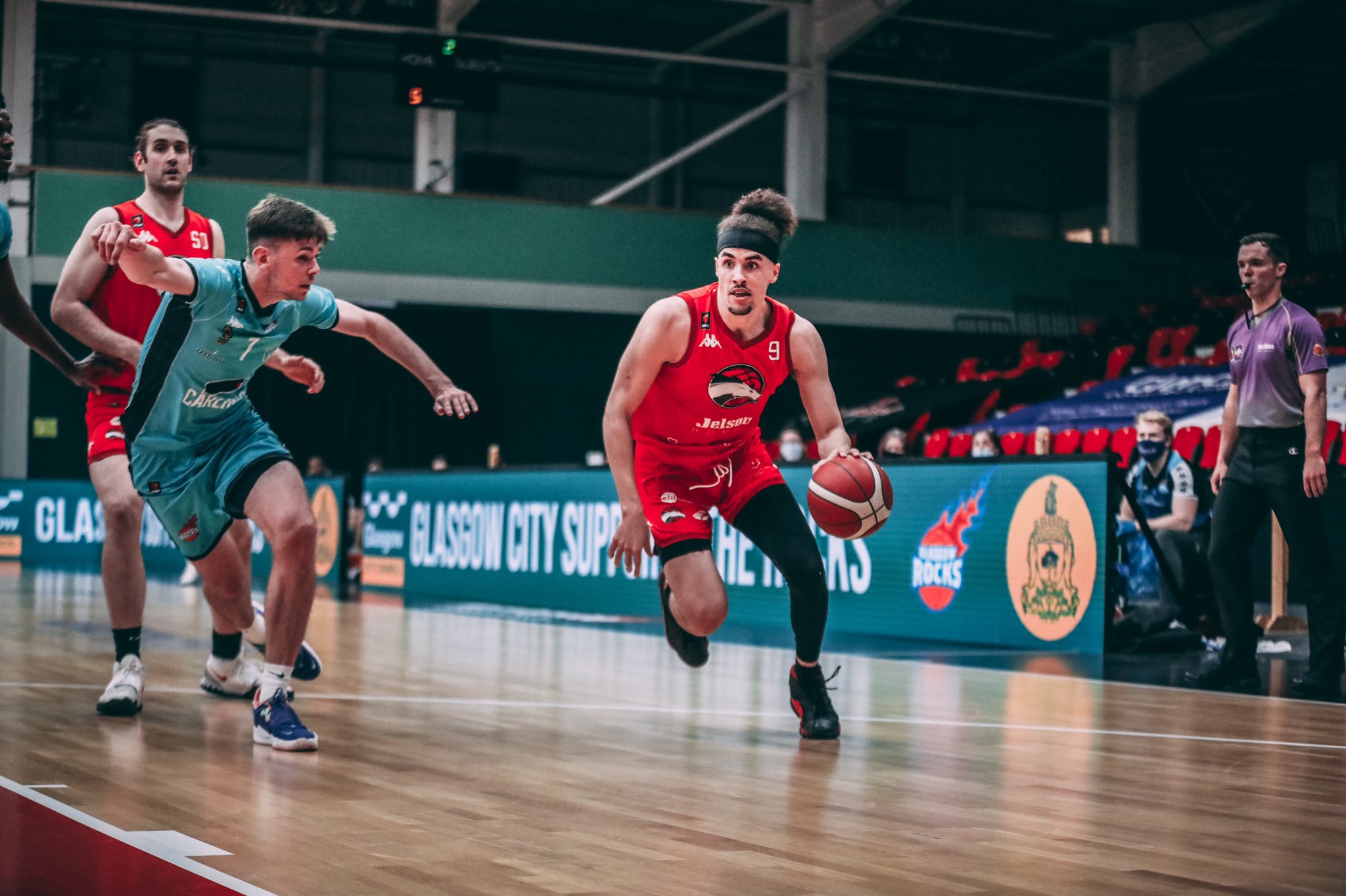 The Riders are one win away from the BBLChampionship title, after leading wire to wire to blow out the Glasgow Rocks 93-67. Mustapha Heron scored his career-high in professional basketball, leading Leicester with 26 points, and grabbing 10 rebounds for an impressive double-double. Ali Fraser also enjoyed a season high performance, scoring 21 points off the bench, and going an efficient 10-13 from the field.

With their offence struggling in stretches, the Riders fell back on their second-ranked BBL defence to win the tie. Holding the Rocks to 67 points, then stole the ball 12 times for easy fast breakpoints. The Riders held the Rocks to 36% from the field and 27% from three in a suffocating defensive performance.

The Rocks, playing the second of a back to back, appeared to run out of steam in the latter stages. It was a single-digit game until late, before the Riders closed the game out late in emphatic fashion, winning the final quarter 30-13.  After falling in a 21 point hole early, Glasgow came back to make the game competitive against the league leaders, scoring 29 points in the second quarter. Nine-year Glasgow veteran Jonny Bunyan led the way in the game for the visitors, draining five threes for all of his 15 points.

Heron was aggressive from the tip, taking nine shots in the first quarter to start the tie. His 14 points in the first led the Riders in a dominant start, as they bolted out the gates to finish the first period up 34-13. The Riders performed to the highest level on both ends, forcing five Rocks turnovers and shooting 60% from the field.

The Riders’ MVP candidate Geno Crandall stamped the seal on a colossal opening quarter, turning on the style with 30 seconds remaining. Dancing at the top of the key, he dropped Bunyan with a lightning-quick crossover, before delicately laying in the ball at the rim to get the Riders bench off its feet.

Responding positively to the disastrous start, the Rocks won the second quarter by 12 to bring the game, which appeared out of reach, to within single digits. French guard David Mpndo scored eight in the quarter, breathing life in the Glasgow side.

Mistakes crept into the Riders game, fouling a three-point shooter on three occasions to put the Rocks on the line. Glasgow finished the half shooting 62% from the line, missing opportunities to punish the Riders’ errors. Despite the missed foul shots, the Rocks dragged themselves back into the tie, ending the half down 51-42.

The game remained competitive in the third, with both sides playing stifling defence in a low scoring period. Just 22 points were scored in the quarter, as the teams struggled to put the ball in the hoop. The Riders went 3-16 in the third, as the Rocks relied on their interior defence to keep the hosts at bay. The final quarter ended with the Riders leading 61-54.

Heron coast to coast early in the final quarter, to reestablish the Rider’s double-digit lead. Pulling down a rebound from a missed Bunyan jump shot, Heron drove through the entire Rocks defence, taking the ball to the rim and throwing it down two handed. Heron’s highlight lit a much-needed spark in the Riders, who proceeded to score seven straight, all courtesy of Fraser, to go up 18.

With the game coming to a close, the Riders’ talent shone through, as they saw the tie out in style. In the final five minutes, the Riders went on a 27-6 run, led by nine fourth-quarter points by Fraser, to secure a vital win.

After the Riders win, their season comes down to their final game. Assuming the Lions win in Glasgow, Leicester beating the Phoenix on Sunday will crown them league champions.