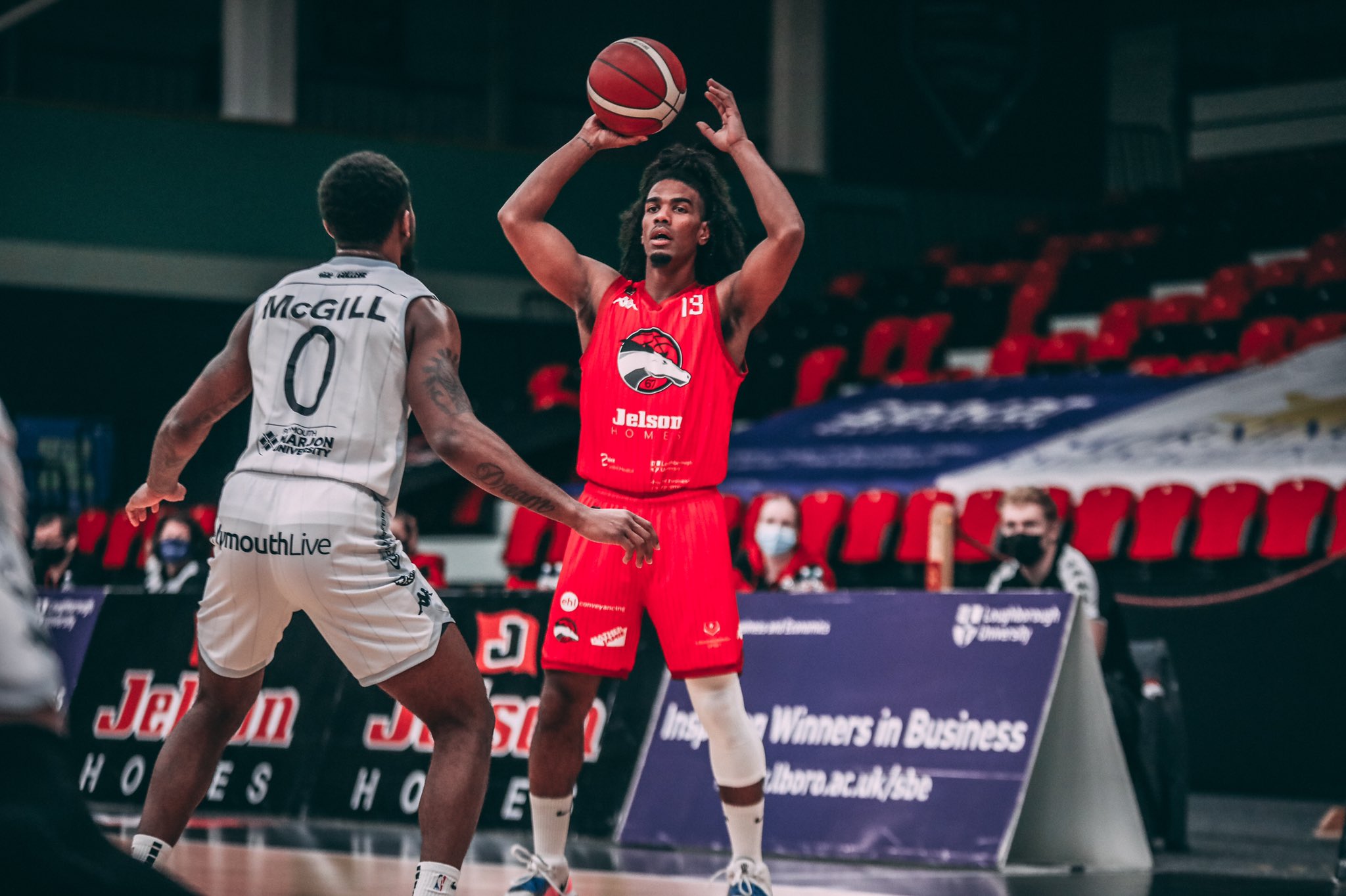 The Riders displayed the composure and experience of a league-leading ball club to see out an overtime thriller, beating the Plymouth Raiders 93-85. Darien Nelson-Henry’s 19 point performance led the Riders for the second straight game, accompanied by a team-high seven rebounds.

Geno Crandall, despite struggling with a wrist injury throughout, demonstrated his toughness, playing through his injury to log 15 points, 10 assists and four steals. His fourth quarter performance kept the Riders in contention, allowing them to pull out a win.

Like Crandall, Leicester battled injury throughout in a hard-fought battle. Aaron Falzon went down late in the third, and Nelson-Henry briefly left the game in the fourth, leaving the Riders short-handed in the front court. Despite this, the Riders broke an eight-game Raiders win streak to get one step closer to the BBL Championship title.

Plymouth were the league’s most frequent free-throw shooters entering the game, but struggled getting to the line against a disiplined Riders outfit. They shot 11 free-throws compared to their 28 a game average, and shot just 54% in the tie. Despite their shortcomings on the foul line, the Raiders dominated in the paint.

Averaging 10.4 offensive rebounds a game, Plymouth grabbed 19. Michael Ochereobia alone had five offensive boards, and Ricky McGill notched his season high rebounds tally with 13 from the point-guard position, as well as leading his team in points with 20 and dished eight assists in a monster near triple-double performance.

The Riders jumped quickly out the gate, and were firing from deep. They made five in the first quarter, three of which from Mustapha Heron, who tied his season-high for three-pointers made in a game after just five minutes. The hot shooting allowed the Riders to edge the first quarter 23-20.

After going 0-6 from deep in the first quarter, the Raiders managed just one point in the first three minutes of the second against the suffocating Leicester defence. However, they remained in the game, crashing the offensive boards. The Raiders, second in the BBL in offensive rebounding, grabbed 11 in the first half. Despite shooting 1-13 through the first two quarters, Plymouth were down just one late in the second, and a Riders two-minute flurry ended the half with Leicester up 41-36.

Eight minutes into the third, after a back and forth beginning to the quarter, Geno Crandall produced the play of the game to put Leicester up six. Isolating on the right-wing, Crandall reached deep into his bag of tricks to dazzle the four defenders which surrounded him. After being tied up, he threw the ball up and banked in a prayer to be sent to the line for a three-point play.

The second half developed into the gritty affair many expected between the BBL’s two best defences. The teams managed just 31 points between them, to set up a thrilling finale.

With their opponents hitting their deep shots after entering the fourth quarter shooting 4-24 from three, the Riders found themselves in a four-point hole. In response, Crandall took the game by the horns to drag the Riders back into the game. Running the fast break, he lobbed the ball up to a cutting William Lee who threw it down emphatically to tie the game at 70. On the next play, he dished a delicate behind the back pass to Nelson-Henry for an easy lay up.

Despite the highlight plays, the Riders were down four with half a minute left in the tie after a Raiders steal and fast-break layup finished off by McGill. With the clock ticking down, Crandall exploded to the rim for a layup, and Conner Washington forced a Plymouth turnover on the next possesion to give the Riders a shot to tie the game.

It was Crandall once again who took charge in the clutch, driving to the hoop and finding Nelson-Henry under the rim. The captain steadied himself, berfore hitting a  hook shot to tie the game with ten seconds on the clock. McGill missed a midrange jump shot to win, sending the game to overtime.

The Riders fell back on their experince gained throughout the season, closing yet another close game out. After a Will Neighbour three put Plymouth up one, the Riders went on a 7-0 run in the final minute and a half of overtime to secure the win. Washington’s three lit the spark in the Riders offense, before a steal sent them on the fast break. Corey Johnson threw a lob pass to Lee, which inadvertently found the bottom of the net to make it a two possession game. Free-throws by Washington and Johnson ensured the conclusion to a  hard-fought overtime win.

The Riders win means two further victories will secure them top spot of the BBL Championship. Their 22-4 record puts them 12 points clear at the top of the table, and head to Newcastle on Friday in the hopes of edging one step closer to the title.