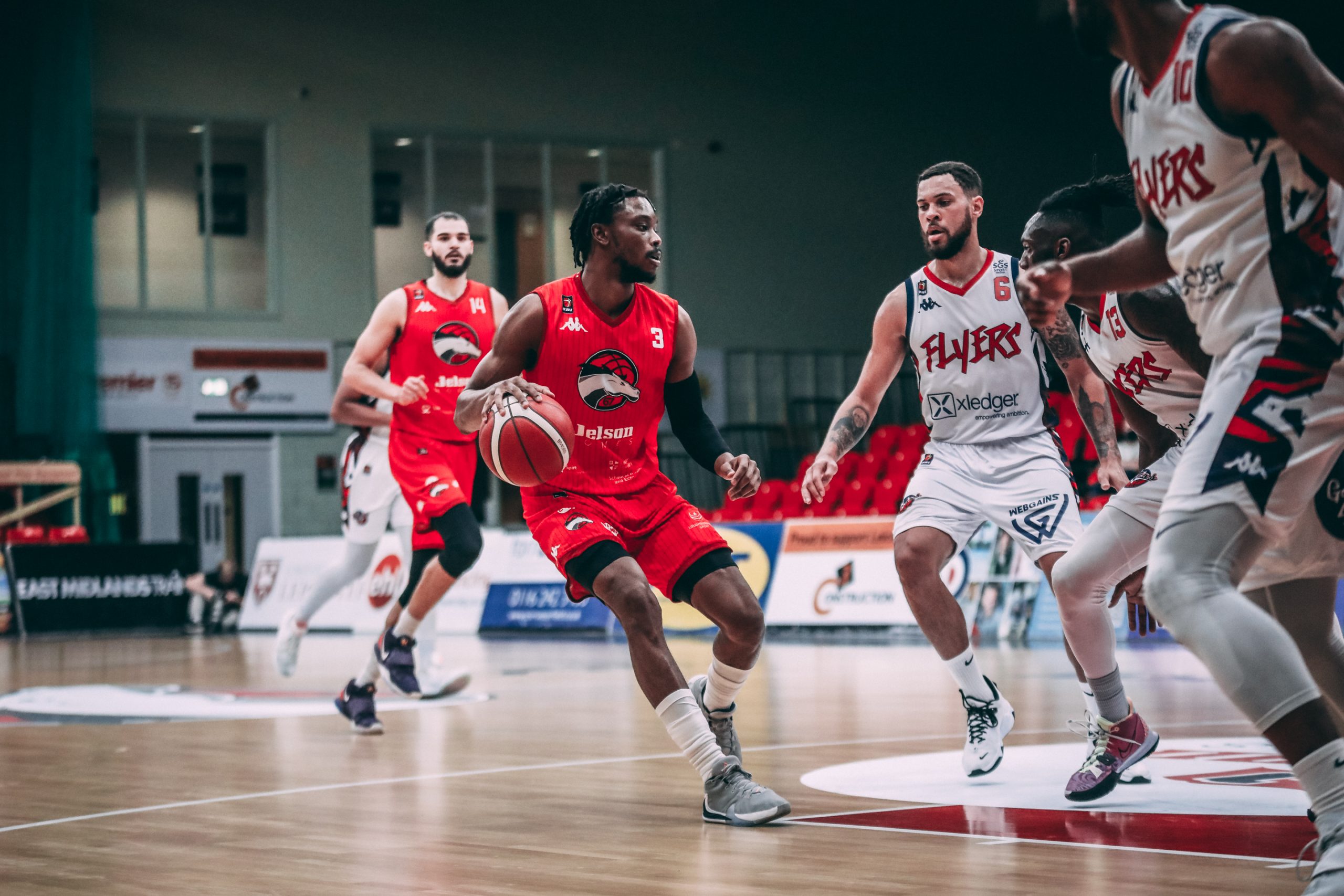 The Riders return to the Morningside Arena Saturday for a top two clash. Taking on the surging Plymouth Raiders at 6:00pm, the Riders look to complete a season sweep and spoil the visiting side’s win streak.

The Riders remain the premier team in British Basketball. An impressive 18-point mid-week win over the Worcester Wolves extended their lead at the top of the table to 10, with 42 points and a record of 21-4. Approaching the playoffs, Leicester is starting to get healthier, enjoying the luxury of spreading minutes across the squad. In their last match, nine players played more than 16 minutes, with over half of the Riders points coming from their bench. Top MVP candidate Geno Crandall enjoyed a lighter load, with Connor Washington shouldering the most minutes as starting point guard, and big man Mo Walker is being eased onto the court, his long-awaited return being carefully handled. The Riders look to continue to win games and hit the post season as hot and healthy as possible.

The Raiders are currently the hottest team in the BBL. Winning their last eight games, the Plymouth side have soared to 2nd place. This streak has come by the way of physical basketball. The Raiders dominate the paint, being 2nd in the league in rebounds per game, both offensive and defensive. With 3.58 blocks per game the Raiders protect the rim better than any team, the London Lions trailing by a massive 0.64. Additionally, even when not swatting shots there are no easy points against the Raiders, as they rank 2nd in fouls per game with 19.94. Where the Raiders fall short is in their discipline. Per game, they assist on shots at a league low 15.98 rate, and turn the ball over 14.31 times, having them runners up. The Riders will be looking to exploit this as they attempt to complete a sweep this Saturday.

As previously mentioned, the Riders spread the minutes in their last match. This gave role players off the bench an opportunity to make a real impact on the game. Forward Aaron Falzon took this opportunity and ran with it. Playing 16 minutes, Falzon recorded 8 points, dropping two of four shots, one from beyond the arc, and getting to the line to sink three of three free throws. Falzon also tacked on four rebounds to finish the match with a game-leading +28 plus/minus, proving to be a valuable asset to the winning side. The 6’8” power forward averages 12.7 minutes, 4.46 points, and 2.88 rebounds per game, while knocking down shots at a healthy 46.5% clip. Look to see Falzon, with more minutes to play with, being a useful tool on the court, utilising his long-distance marksmanship and his size down low to cause problems for the Raiders.

The Plymouth Raiders have been on an eight-game tear, ripping their way through the table. The man orchestrating this streak, leading his side on the court, is team captain Ashley Hamilton. The 6’7” forward is a skilful talent, able to knock down shots from range as well as slash to the hoop. This reflects in his season averages, leading his team in points with 15.95 per game. Hamilton also possesses the grit that makes the Raiders such a difficult side to compete with. Averaging 6.32 boards per game, good for second on his team, he contributes to the impressive rebound totals the Raiders have put up this season. Hamilton will be looking to repeat his impressive performance from his last game, where he posted 21 points on 7-12 shooting, got to the charity stripe to sink five of six free throws, and pulled down six rebounds. The Riders will need to challenge the Raiders captain Saturday to show the visiting side they can match their physicality and protect their home court.

The Riders and Raiders last met on the 15th of January 2021. The contest was a comfortable one for the visiting Riders, who won three of four quarters to secure a 70-82 win. The game was dominated by the Riders’ guards, Geno Crandall having a monster game of 18 points, 17 rebounds and 8 assists. Connor Washington posted 21 points and 7 rebounds of his own, and Zach Johnson added on 18 points too. The Raiders will hope that new Riders guard, Mustapha Heron, will not do as much damage as they look to extend their winning streak to nine.