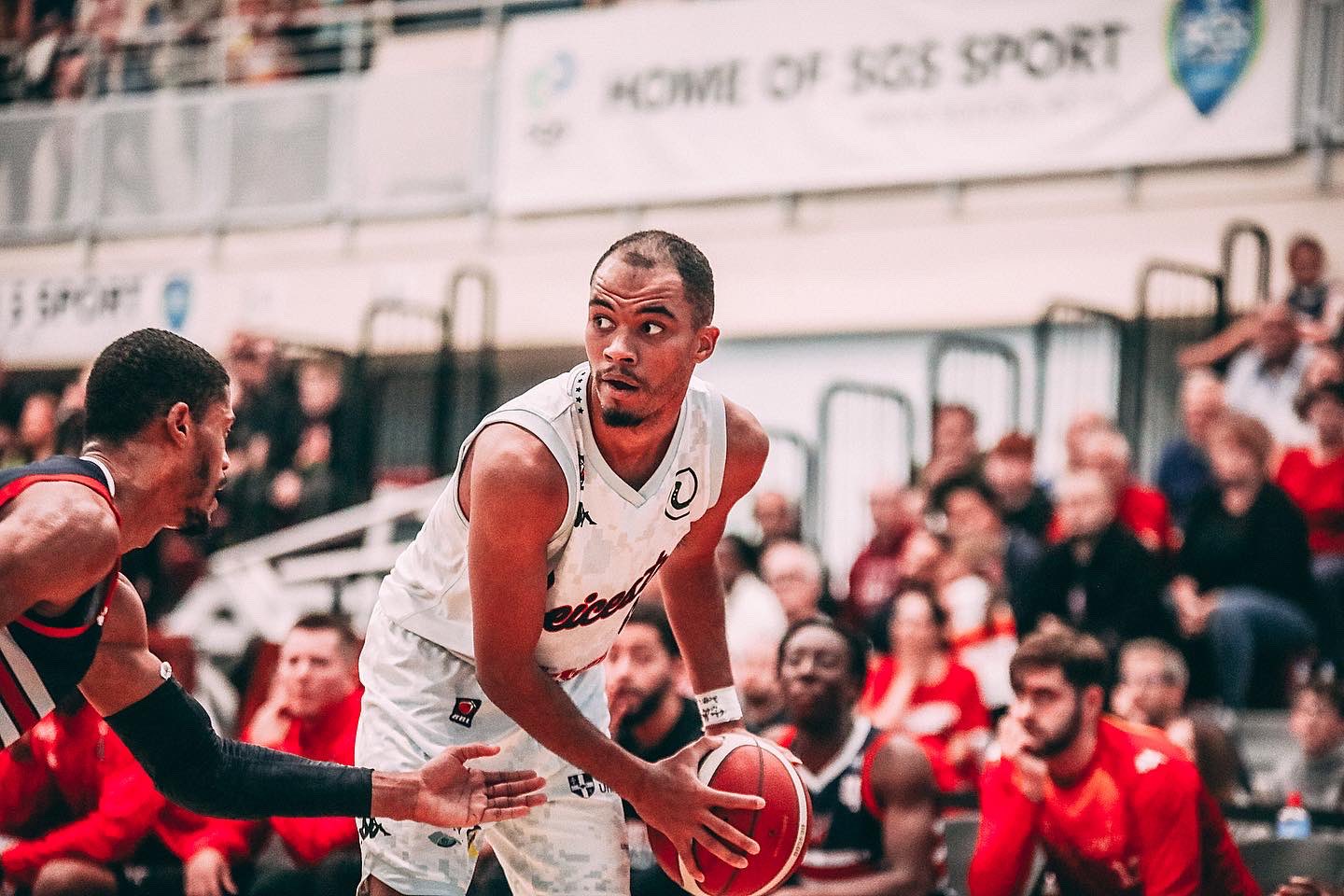 Riders defeat Flyers on the road

The Riders move to 2-1 in their BBL Cup group, tipping off their road trip with a 75-67 win against the Bristol Flyers. Reigning BBL MVP Geno Crandall stuffed the stat sheet with 13 points, five assists, four rebounds and two steals, leading the Riders over the line in a hard-fought encounter.

With captain Darien Nelson-Henry going down with an ankle injury early in the third, the Riders relied on a team performance to secure the win. Four players scored in double digits, with Zach Jackson enjoying a solid shooting night, going 6/12 from the field for 13 points.

The game proved to be a superb sequel to the thrilling season opener between these sides. The score went back and forth in a tug of war contest, with the Riders establishing several leads only to be pegged back by a gritty Flyers outfit. In the final four minutes, Crandall’s six points secured the win; the Gonzaga Graduate attacking the Flyers defence to score at will.

The Flyers, led by 18 points from 6’8” big man Malcolm Delpeche, showed tremendous fight despite falling into significant deficits on multiple occasions. Runs in key moments kept Bristol in the game, as they hit big shots to fire up the Flyers faithful.

The first quarter set the scene for a close encounter: the score swinging back and forth as the Riders edged a slight lead. Leicester’s defence was the key to their early advantage. The Flyers were forced to wait four minutes for their first field goal, beginning the game 0-5. Leicester found their offensive rhythm courtesy of Kimbal Mackenzie. The Bucknall graduate, who joined Leicester in the summer, scored seven in the first to put his team up 20-16.

The Riders fired out the gate in the second quarter, stretching their lead to double digits for the first time in the tie. Another summer signing took over the game, with Patrick Whelan scoring eight in the quarter to build the Riders lead to 14.

With the game slipping away from the hosts, Bristol crucially seized back momentum to close the half. Six straight Delpeche points helped the Flyers rally back into the tie, before the home crowd were lifted to their feet at the buzzer by a Mike Miller half-court three. Miller’s miracle shot brought the game back to a single possession, sending the Riders into the locker room up 36-39.

The third quarter developed into a back and forth battle. The Flyers responded to the Riders reestablishing their double-digit lead with a run of their own, as both teams hit big shots to swing momentum to and fro. Leicester’s offence clicked, assisting on seven of their nine field goals in the third, while the Flyers hung in the game with key baskets. The Riders entered the final period up 60-55, the game firmly in the balance.

With the encounter tied at 64 with five minutes remaining, the Riders closed out strongly. Marc Loving’s corner three kick-started an 11-3 Leicester run, in which Crandall took charge. His six late points sealed the game, as he relentlessly attacked his defender with his elite ball-handling ability. Crandall produced the play of the game during this run, dancing on Trejon Jacob before pulling up for a smooth mid-range jumper, putting the Riders up nine.

After the win, the Riders have a quick turnaround, travelling to Plymouth for the second fixture of their three-game road trip. They face the Patriots in their first home game of the season. Expect a rampant, packed house, as the Riders hope to improve to 3-1.