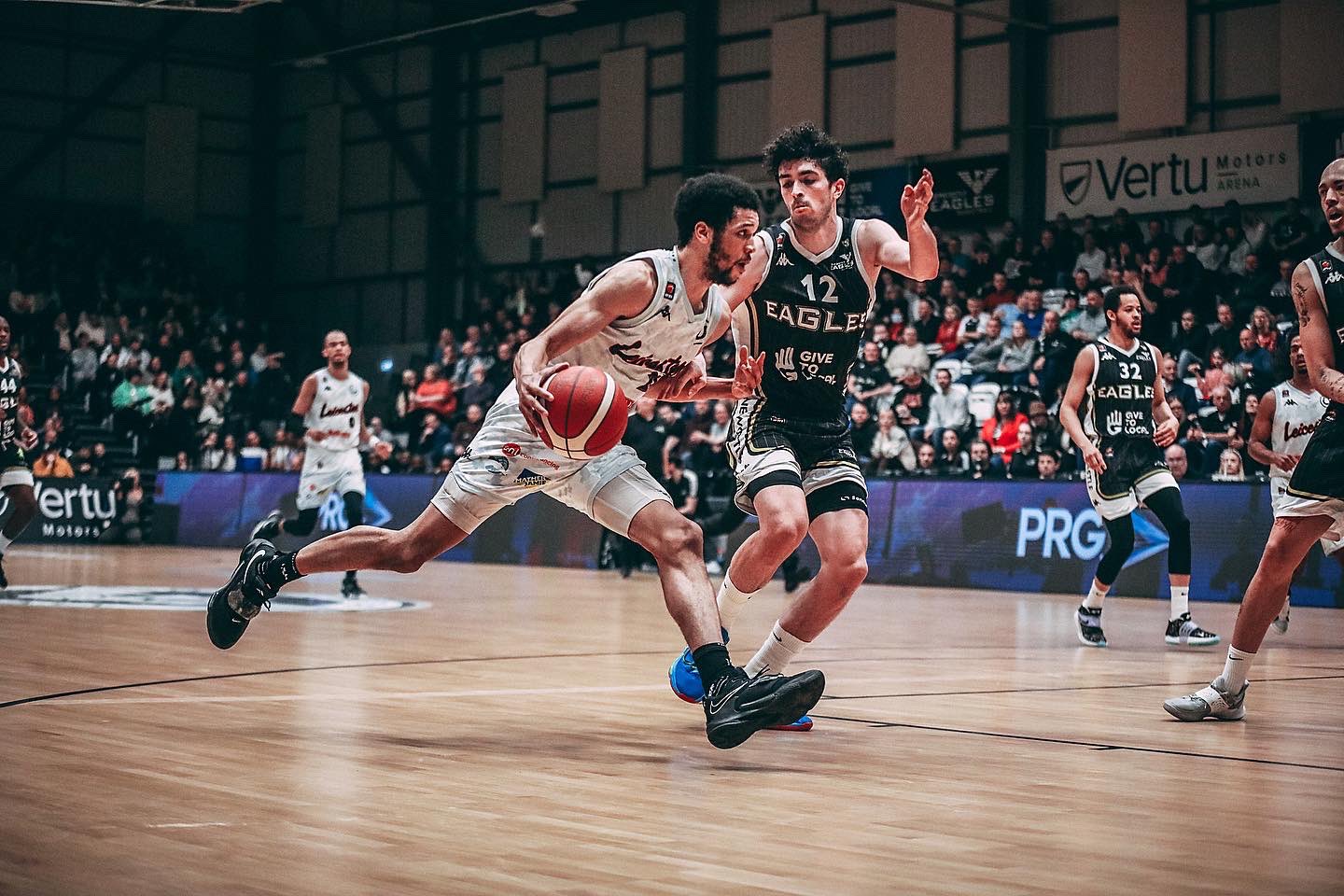 Riders defeat Eagles to close in on league title

The Riders are a win away from their second straight league title, after beating the Newcastle Eagles, 103-77. With the win, the Riders sweep the season series against their long-standing rivals 3-0, winning each of the games by over 20 while scoring over 100 points.

Darien Nelson-Henry led the Riders after a dominant first half, putting up 17 points and five rebounds, not missing a shot as he went 8-8 from the field. Leicester had seven players score in double digits in an emphatic team display.

In 25 minutes of play, MVP Geno Crandall put up a near triple-double showing with 12 points, 10 assists and eight rebounds. Meanwhile, GB sharpshooter Patrick Whelan made everyone better, finishing with a +/- of 28.

Leicester attacked the basket all night long to great effect, as they shot a scorching hot 73% on two-point shots. They got easy buckets on the fastbreak, scoring 37 fastbreak points by snatching 11 steals.

For the Eagles, Justin Gordan and Rahmon Fletcher scored 21 each in their side’s losing effort. Gordon nearly had a triple-double of his own, with nine rebounds and seven assists, but the Charlotte-born forward’s play still left Newcastle short in a heavy defeat for the hosts.

The Riders’ got to work on their gameplan from the tip, attacking the hoop to get the action underway. Their first six baskets came in close, and the paint wide open for the Riders to attack, the opposite was true on the other end, as Leicester blocked two shots in the opening five minutes.

All of Leicester’s starters got on the board in five minutes, their team play seeing them through a tightly fought first quarter. But a monster 16-0 run at the end of the period, led by five points from Geno Crandall, allowed the Riders to establish their first lead of the night, as they ended the first up 28-14.

After finishing the first quarter with a steal and a basket, Jubril Adekoya came up with another steal and four more points at the start of the second, the Valparaiso graduate capitalising on his side’s momentum.

Leicester continued their hot streak, as Kimbal Mackenzie caught fire to score 10 points in five minutes and stretch the lead. The Riders found themselves up 23 four minutes into the second.

Nelson-Henry showed off his passing skills midway through the period, making the play of the first half with a behind the back dish to a cutting Zach Jackson. He got to work on the next possession, the captain getting his back to the basket and laying the ball in for his seventh points of the night.

The Eagles fought back behind two-time MVP Fletcher towards the end of the half, going on a 13-2 run, with the seven-year Eagle scoring eight. The Newcastle run meant it was a 58-43 Riders lead entering the locker rooms.

The Riders started the second half with suffocating defence, getting two steals, finished off by two fast-break buckets from Crandall. They put up 12 quick points to re-establish their 20 point lead, as a Patrick Whelan three caused an early Eagles timeout.

Whelan continued his hot stretch, the Riders’ points leader scoring five points out of the timeout to continue the Leicester run. The William Jewell graduate had ten in the quarter, as Leicester cruised into the final period.

It was Crandall’s turn to show off his flashy playmaking skills, as his behind the back pass to Mo Walker down low gave him his 10th assist of the evening. The Riders won the third 26-13, entering the final quarter up 84-58.

Walker came out aggressively in the fourth, scoring the Riders’ first seven points of the quarter. Leicester stretched the lead to 30, as they continued to play hard until the final buzzer against their rivals. Loughborough’s Evan Walshe checked into the game, and his bucket put the Riders over the 100 point tally in a blowout win.

The Riders could be crowned league champions before their next fixture, should the London Lions lose their Sunday night clash against the Sheffield Sharks. Should London win, Leicester will get a shot at back-to-back titles on Tuesday, with a win against the Plymouth City Patriots enough to secure their sixth BBL Championship title.