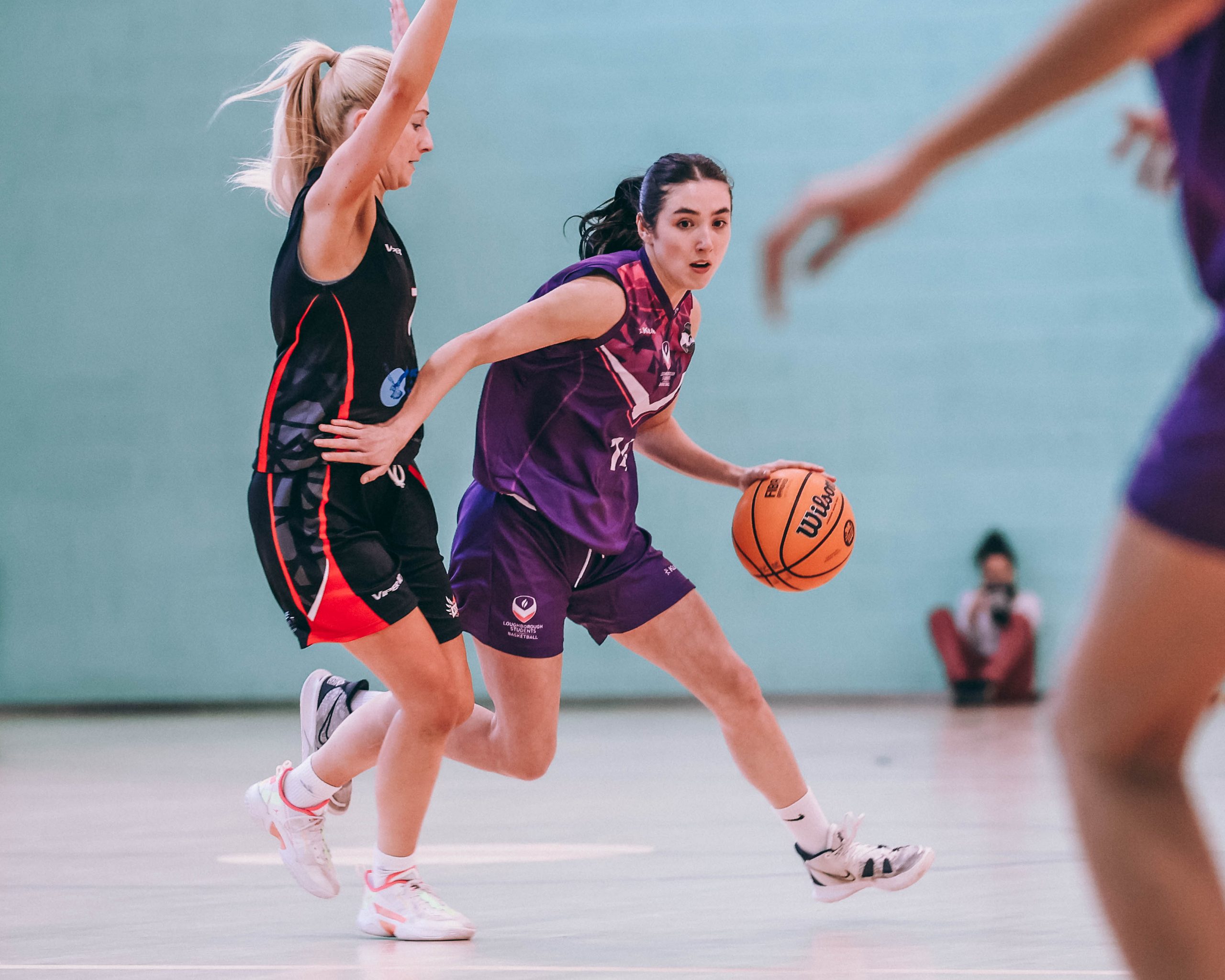 It was an intense outing and heartbreaking loss for the D1 Loughborough Women, losing 63-59 to the Solent Kestrels in a down to the wire thriller. Both teams put on a phenomenal display of defense and team basketball.

The Rider’s loss means they’ve been eliminated from the playoffs and their season is over. Though their season was nothing to hang their heads on. A phenomenal season by a phenomenal team. It’s just a shame it had to end so soon.

The game started with Robyn Ainge (Riders) and Kristina Karpova (Kestrels) both hitting 2 quick three-pointers to open the game. No team led by more than three points in the first quarter and there were a total of 8 lead changes.

Both teams continued to go back and forth, closing the first quarter out with a score of 22-20 for the Riders. The second quarter commenced and it became clear that the pace of this game was changing quickly.

Both teams turned it up on the defensive end forcing turnover after turnover. Besides a Robyn Ainge layup to open the quarter for the Riders both teams went scoreless for nearly 3 minutes of play time. Both teams exchanged four to five point mini runs.

However, in the last 3 minutes of the first half the Kestrels went on a 7-0 run to put them up 40-33 entering halftime.

The second half was once again headlined by both teams’ ability to force turnovers and slow down their opposition. Though only holding the Kestrels to 12 third quarter points they were only held to 11 of their own and couldn’t manage to bridge the gap made at the end of the second.

So the stage was set, Kestrels led 52-44 with one quarter left to play and the season on the line. The Riders played great. They fought their way back into the game. Robyn Ainge (16 points), Katie Januszewska (16 points) and Erin Powell (6 points 8 rebounds) were difference makers in climbing all the way back to a 3 point deficit, 62-59 with 44 seconds left in the game.

The Kestrels held onto the ball up until the 15 second mark where Katie Januszewska came up with a clutch steal, the Riders ran in transition, dished it out to an open Robyn Ainge on the three point line to tie the game, but her shot didn’t fall. At that point they were forced to foul and free throws put them away.

What a game. What an effort. The ladies truly left it all out on the floor and though it wasn’t the outcome they were looking for they should be proud. Congratulations to Team Solent Kestrels and best of luck to them in their playoff endeavours. Once again well done to the Loughborough Riders and their season. We’re all looking forward to seeing what comes next for this team.