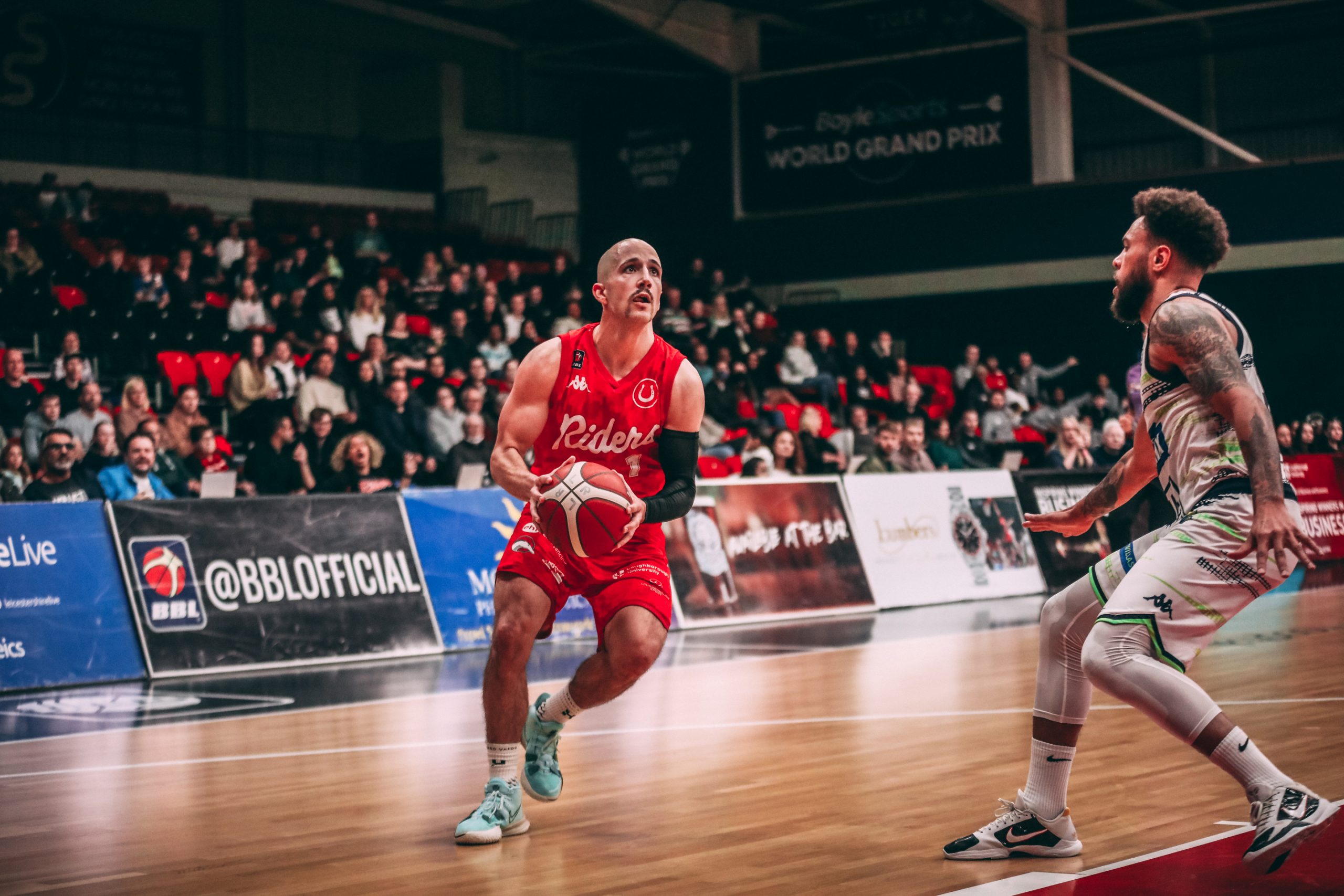 The Riders tipped off their league title defence in emphatic fashion, beating age-old rivals Newcastle Eagles 100-77 on Sky Sports. Zach Jackson went off for 26 points, draining four threes to lead the Riders to the perfect start to their league campaign. Jackson has enjoyed a blistering start to his second Riders season, averaging 13.5 points and making 40% of his threes.

In the BBL Cup, Leicester has progressed to the Semi-Finals, beating the Phoenix in their previous game. The Riders are the BBL Cup’s best three-point shooters, knocking down a red hot 41% of their attempts. Geno Crandall leads the Riders in the competition, the Gonzaga graduate scoring 17.2 points per game and dishing 7.6 assists.

After crashing out of the BBL Cup in the quarter-finals, the Phoenix turn their attention to the BBL Championship, where they have endured a rocky start. They are winless through their first four games, losing 109-81 to local rivals Manchester Giants in their previous league fixture. Former Rider Nahmon Wright went off for 28 in the game, but Cheshire gave up 53 bench points as the Giants had seven scorers finishing with double-digit points tallies.

Wright’s scoring leads the Phoenix, his 19.3 points per game the most in the BBL for those who have played multiple games. Despite Wright’s performances, Cheshire has struggled on the road this season, going 1-7 in all competitions. They will need to turn their road form around in this one, as they travel to the Morningside Arena for the second time in as many weeks.

Ohio born marksman Marc Loving has settled quickly into Leicester life, making 50% of his threes on his way to 13.5 points a night. Loving’s versatility on both ends has proved a valuable asset in the power forward position, his ability to defend any position on the court contributing immensely to the Riders defensive prowess. Loving is competing in his first European season and has adapted to life across the Atlantic seamlessly, following two seasons in the NBA G-League. His size and length give him a strong defensive foundation, while his elite shooting ability combined with his 6’7” frame make him a dangerous weapon on offence.

GB center Michael Ochereobia has dominated inside for Cheshire to start the season. ‘Big Mike’ crashed the glass relentlessly in the BBL Cup, leading the league in rebounds with 12.3 per game. Ochereobia is playing in his second Phoenix season, after putting up a solid seven points and six rebounds last year. The 6’8” big man graduated from Western Illinois, averaging nine points as a senior, and has gained experience with the GB youth setup having played for the under-20s. At 32 years old, Ochereobia brings a wealth of expertise to Cheshire.

The sides played out a thriller in the BBL Cup Quarter-Finals. The Riders got the better of their visitors after a Jubril Adekoya go-ahead basket won the game 85-84. Crandall led the Riders in the game with 24 points and seven assists, his final assist coming in the closing seconds, as he dished down low to Adekoya for a bucket at the rim. For Cheshire, GB sharpshooter Ben Mockford caught fire, scoring 30 points and making eight threes as his team fell just short of an underdog win.

Tickets are still available for Friday’s game, CLICK HERE to book yours now!