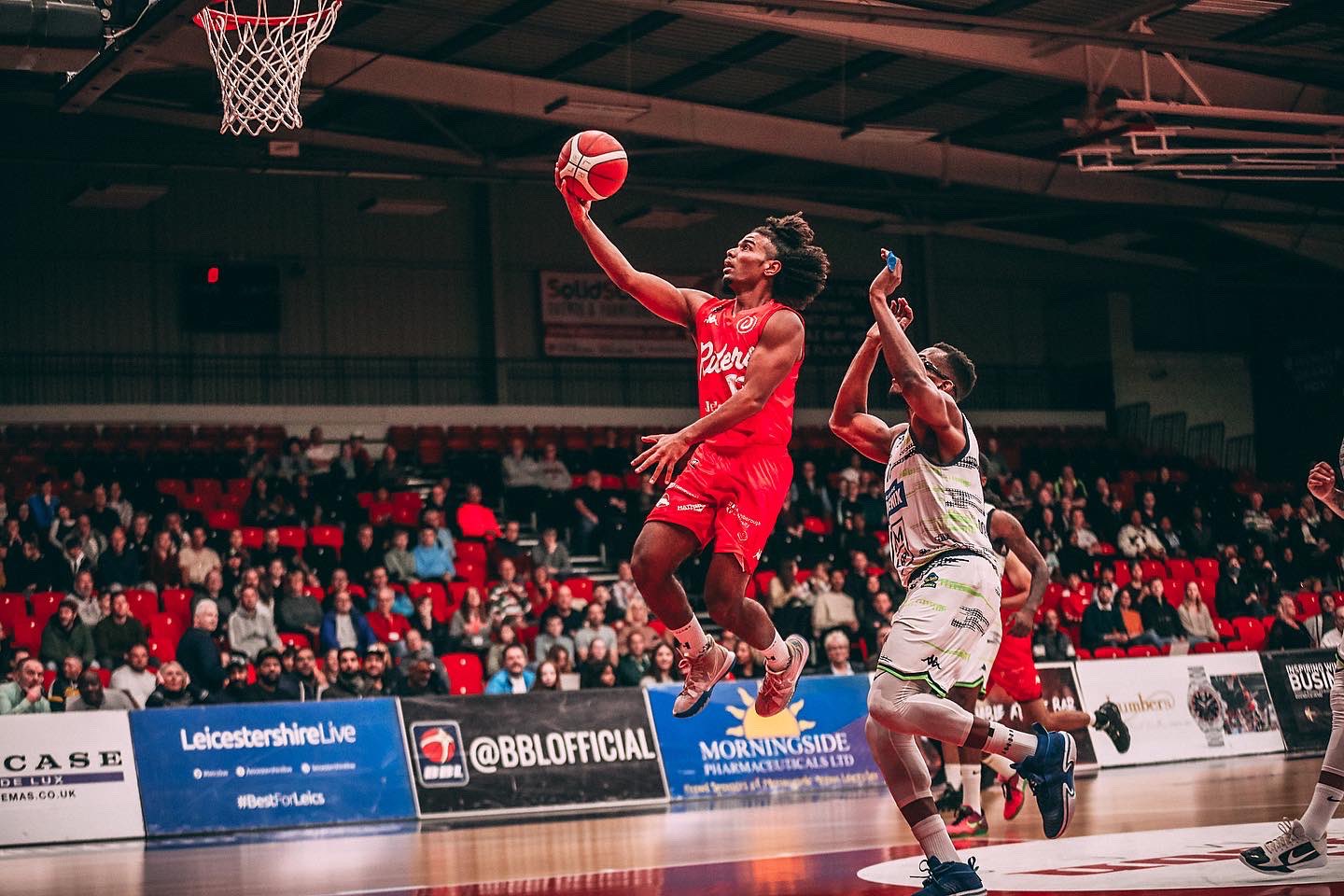 The Riders keep their BBL Cup run alive, beating the Cheshire Phoenix 85-84 to advance the semi-final. Jubril Adekoya layed in a bucket for the win with two seconds on the clock, assisted by Geno Crandall who led the game with 24 points and seven assists.

The Riders showed fight and determination as they found themselves in a tightly fought contest, coming back from three big deficits to win. Leicester struggled from deep, but found other ways to get a result, locking down defensively in key moments to stay in the tie. They play the London Lions in the semi-final, as they attempt to win the competition for the first time since 2014.

Crandall duelled with GB sniper Ben Mockford in the closing stages, as the reigning MVP scored six points in the final two minutes to keep it close. Mockford dropped 30 for Cheshire, making eight of his 12 threes and five clutch points late.

Off the back of a heavy defeat the day before, Cheshire came out hot and performed well. Coming into the tie, the Phoenix were the worst three-point shooting team in the league, but made 41% of their deep shots in this one.

“When a team gets beat like that, you know the next night they’re gonna come out with something to prove”, said Rob Paternostro. “In these knockout games, you’ve just got to find a way. It’s not about how pretty it is, it’s about the W. As the game went on we found our urgency, and it was important for us to play with passion.”

In the first quarter, Jackson got the Riders on the board with six points in the first five minutes. The 6’7” wing out of Omaha University had success driving into the lane, displaying delicate touch at the rim to finish. Jackson’s early buckets kept the score close despite a hot Phoenix start, the visitors starting the contest with 28 points against the Riders’ BBL best defence.

11 straight points from Crandall cut the Phoenix’s 12-point lead to three in the second. The reigning MVP took over the game in isolation against Cheshire’s Kyle Carey, nailing a three in his face before making an and-one play on the next possession. After Crandall cooked Cheshire to make it close, Jackson hit a floater at the buzzer to tie the game, completing a first-half comeback.

Mockford caught fire to start the second half, draining four threes in as many minutes to reestablish the visitor’s double-digit lead. The Riders responded by locking down defensively, holding Cheshire to four points in five minutes as they climbed back into the tie. Back to back threes from Crandall and Marc Loving meant the Riders entered the final quarter down 64-59.

Conner Washington took over the opening stages of the fourth, making a four-point play for his seventh points in two minutes to make it a two-point ball game. Washington’s play kickstarted a 9-0 Riders run, as Whelan made a three with seven minutes on the clock to give the Riders their first lead since the opening quarter.

The team’s traded buckets down the stretch, setting up a thrilling finale. Mockford and Crandall engaged in a back and forth battle, scoring 11 points between them in the final two minutes. With 10 seconds remaining, former Rider Nahmon Wright took it hard to the hoop and was fouled, making both free throws to put the Phoenix up 84-83.

The Riders had their chance to win it, getting the ball into Crandall at the top of the key. Crandall drove inside and dished to Adekoya, who laid it in to give the Riders the lead with 2 seconds left. The Phoenix’s opportunity to respond with two seconds left, but Wright left his three short, earning Leicester a hard-earned win.

This game is a back to back against the Phoenix. The sides will face off again on Friday, as the Riders resume their BBL Championship title defence. Leicester enters the game hoping to improve to 2-0, continuing their hot start to the season.