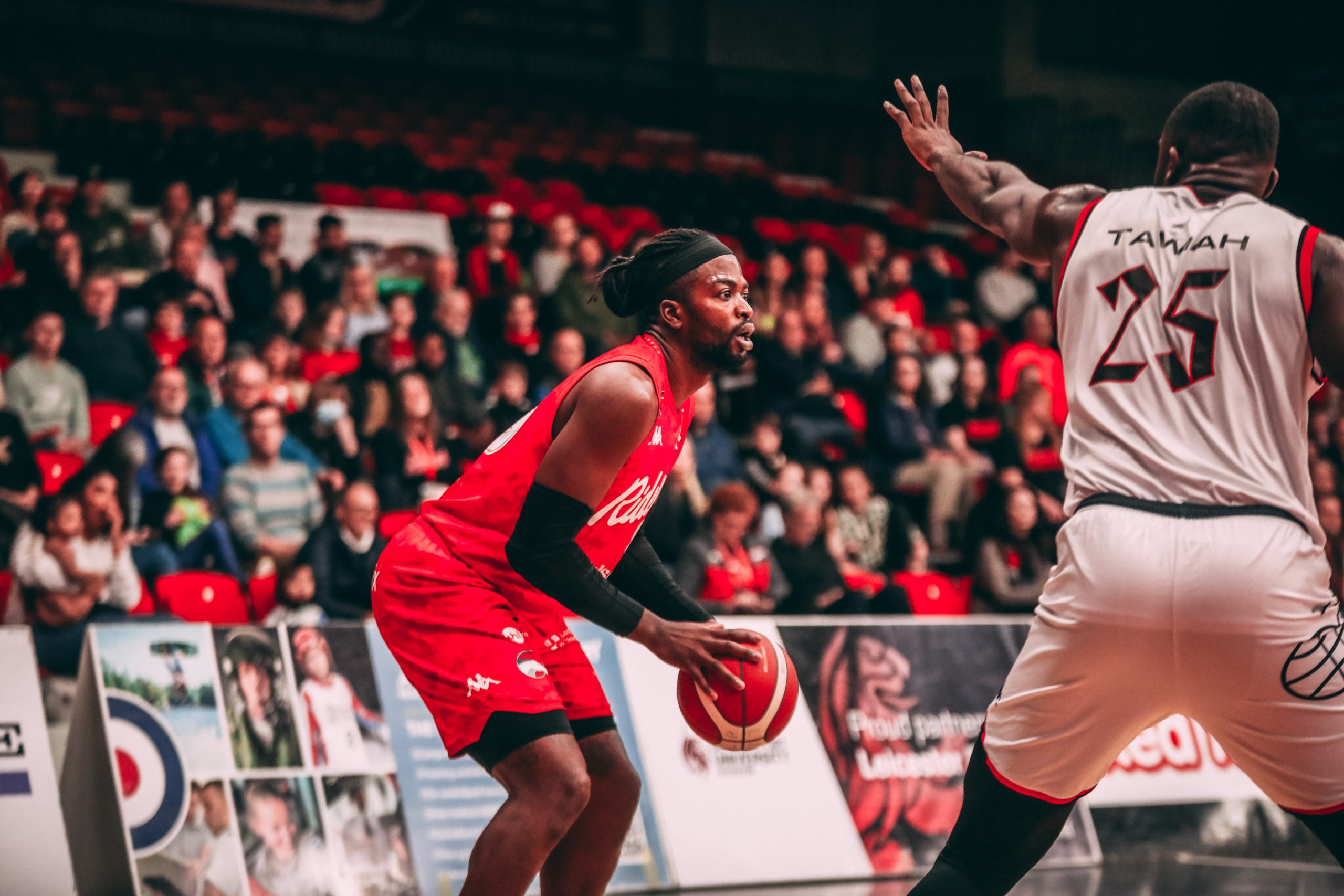 The Riders cruised through their BBL Cup group, winning six straight to qualify for the knockout stages with a 6-2 record. They are locked in defensively, holding their opponents to a BBL best 77 points per game, and have played fluidly on the other end of the court, their offence ranking second in the league. With a three-point percentage of a red hot 42%, the Riders are the best deep shooting team, helped by their ball movement, which generates a league-best 24.5 assists per contest. The Riders have a well-balanced roster, performing well in the absence of starting big man Darien Nelson-Henry.

Their most recent game, an 83-97 loss to the London Lions, wrapped up their BBL Cup group. GB guard Conner Washington led the game with 20 points off the bench, in a fixture with opportunities for Leicester’s young stars. Charnwood’s Victor Ndoukou and Louie Jordan played significant minutes, with Ndoukou granted a starting role in the vacancy of Marc Loving due to injury. The pair had 13 points between them, performing excellently against elite competition. The Riders hope for a deep run in the BBL Cup, attempting to win the trophy for the first time since 2014.

The ‘Nix endured a rollercoaster of a BBL Cup group stage, finishing third with a 4-4 record. They struggled to find consistency, never stringing back-to-back wins, but their home form secured their spot in the knockouts. The Phoenix won three of their four games in Cheshire, holding their opponents to a stifling 79 points per game. However, they will have to carry their home form on the road to progress in the Cup as they prepare to face the Riders at the Morningside Arena.

Cheshire has enjoyed less success to start their BBL Championship season, starting 0-3. Their most recent game was a 76-68 road loss to the Bristol Flyers, in which their offence struggled, shooting 41% from the field. Josh McSwiggan led Cheshire with 12 points and eight rebounds; the former Charnwood forward was one of just three Phoenix players to tally double digits. After suffering back-to-back losses last weekend, Cheshire enter the Riders game looking to snap a three-game losing streak.

Former Rider Namon Wright has led the Phoenix through their BBL Cup group, averaging 18 points and five rebounds a game. The American guard is cooking from deep, making 42% of his attempts from three-point range. Wright is a Colorado graduate, who averged eight points per game in his two year tenure with the Buffaloes. Playing in his third professional season, Wright is a scoring machine, able to breeze past defenders off the dribble with his lightning speed and pull up to score from anywhere on the court.

Catching fire off the bench in his previous game, 11 year Rider Conner Washington has been an integral part of the Riders roster for over a decade. Against the Lions, Washington scored 20 points in just 21 minutes, going 6/9 from deep in a red hot shooting night. The Bedford born point guard is a fan favourite, known for his elite playmaking ability and deadeye shooting, averging 37% from deep last season. Washington’s ability to run the offence off the bench is vital to the Riders success, adding strength in depth for the reigning league champions.

Champagne was sprayed and celebrations were thrown the last time these sides faced, as the Riders secured the BBL Championship title at the Cheshire Oaks Arena with a 97-65 win. Captain Darien Nelson-Henry led the team with 19 points, before lifting the trophy for the fifth time in the club’s history.

Tickets are still available for Saturday’s game, CLICK HERE to book yours and get behind the Riders as they look to advance to the BBL Cup Semi Finals.