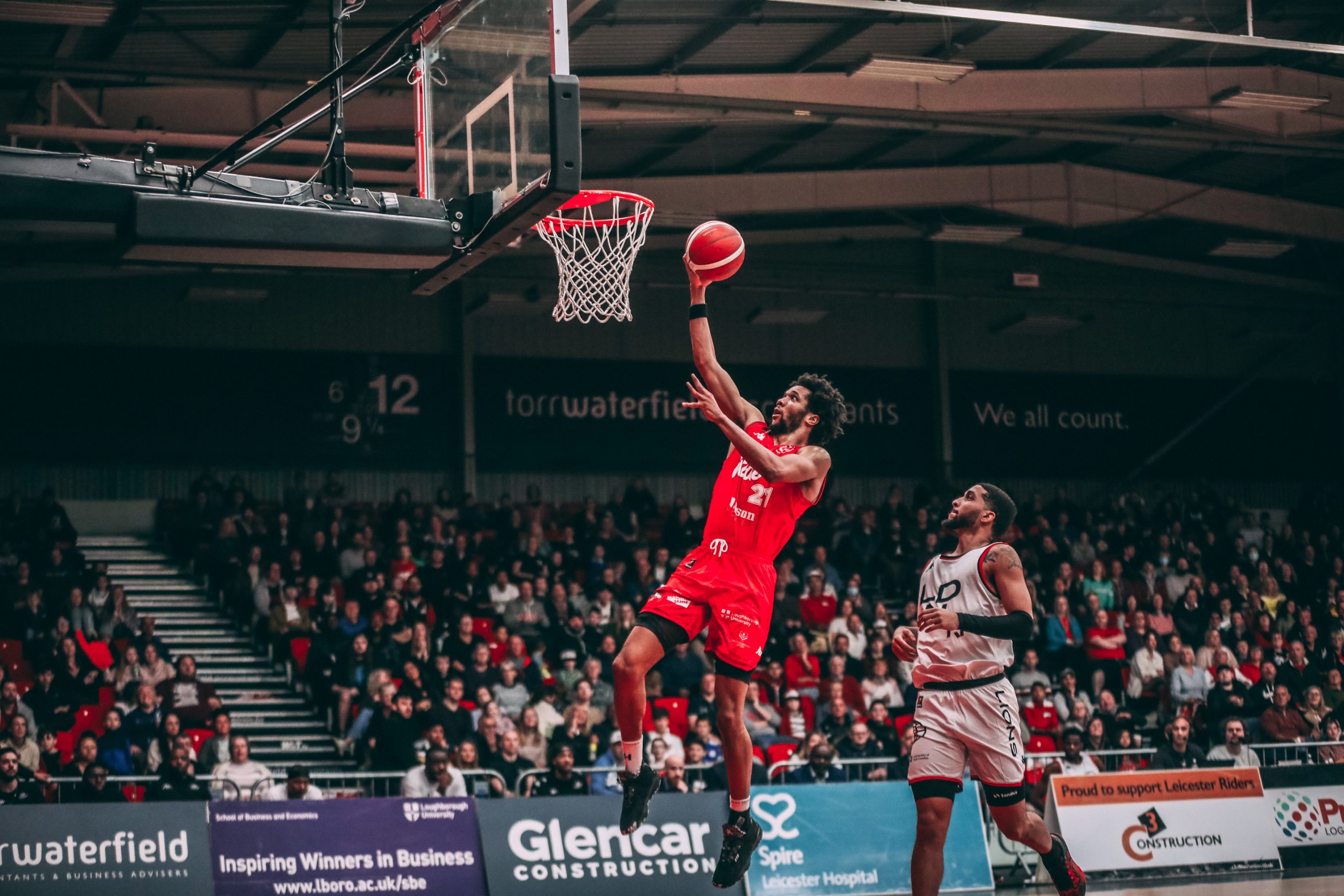 The Riders finished second in their BBL Cup group with a 6-2 record, following a 97-83 loss to the London Lions. The Riders cut a 15 point deficit to one in the fourth quarter, but couldn’t complete the comeback in a spirited performance. GB guard Conner Washington led the Riders with 20 points off the bench, knocking down six straight threes before his first miss.

Coach Rob Paternostro demonstrated faith in his youth, with Charnwood prospect Victor Ndoukou granted a starting spot in the absence of Marc Loving.

The 6’8” 18 year old rewarded Paternostro’s confidence with a stifling defensive effort, holding seven-foot big man Kylor Kelley to four points while Ndoukou was on the court.

“Being a young guy on the team and going against a good player like that really helps my development”, said Ndoukou post-game. “I felt I did a good job today. I played solid defence and played hard. It felt good being out there with the guys”.

For London, Italian sniper Lorenzo Cugini was on hot form, making four threes for 20 points. The 6’7” wing, who competed in the Spanish second division last season, went 53% from the field in an efficient showing.

Both sides came out hungry in the first, the teams trading big blows as the scoreline swung back and forth. Back to back threes from Crandall got the Riders’ offence cooking before an and-one from Whelan’s fastbreak jam brought the house down midway through the period. Whelan led the Riders through the opening quarter, scoring seven, as his team trailed 28-25.

Charnwood young-gun Louie Jordan kicked off the second quarter with a triple, as Lions’ shooting tandem Julian Washburn and Cugini built the visitors’ lead with 15 points between them. The Riders battled back to keep the game within reach, Crandall’s seven quarter points helping cut a 15 point deficit to 12, a Conner Washington buzzer-beater sending the teams into the locker room with the Riders down 59-47.

The Riders fought their way back into the tie in the third quarter, recapturing momentum to cut the lead to single digits. A fastbreak putback from Mo Walker made it a five-point game, as Leicester went on a 10-0 run. The hosts locked in defensively, holding the Lions to ten straight possessions with no score and just 14 points in the third, their lead shortened to seven entering the final stanza.

Back to back Washington three’s cut the game to one to start the fourth, the Riders close to completing their comeback. However, former G-League guard Isaiah Reese scored six points in two minutes to reestablish the Lions’ seven-point lead. Both offences’ dried up, with the game not seeing a score in three minutes before four quick London points sealed the game.

With the BBL Cup group stage complete, the Riders focus on the knockouts, where the Cheshire Phoenix await them in the quarter-finals. The game will take place on Saturday 13th November,  9the Riders hoping to kick on and win the competition for the first time since 2014.