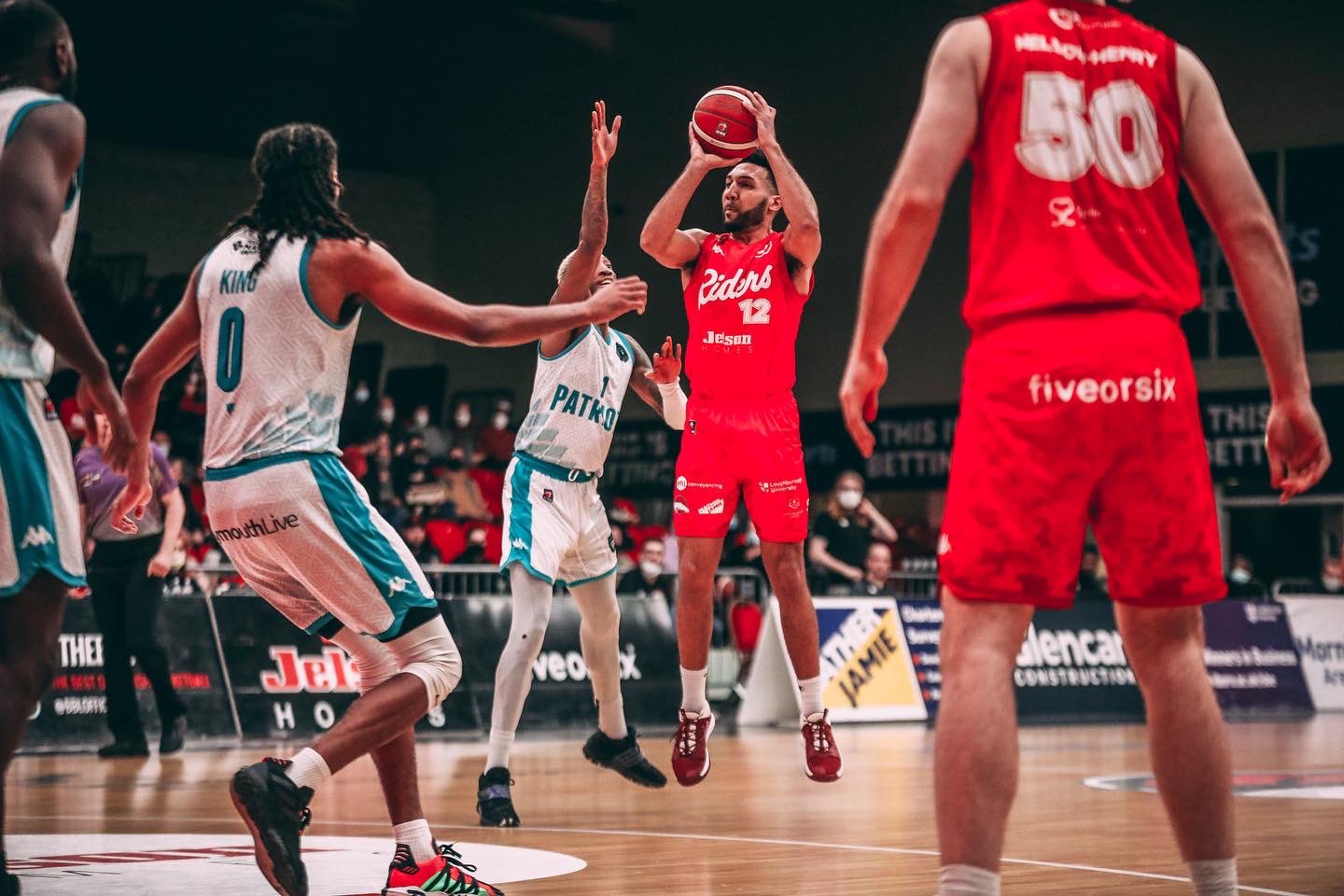 After falling to the Bristol Flyers in the first game of their BBL Cup group, the Riders enjoyed a six-game winning streak to qualify for the knockouts.

They then won a nailbiter in the quarter-finals, with Jubril Adekoya’s game-winner seeing them past the Cheshire Phoenix 85-84.

Geno Crandall leads Leicester in the BBL Cup with 16.6 points and 7.8 assists per game, the reigning MVP picking up where he left off last season.

The Riders enter the second leg with a slight edge over their opponents, having won the first game 99-96, led by Patrick Whelan’s season-high 25 point performance.

The Lions cruised through the BBL Cup South Group with a 7-1 record, topping the table to progress to the knockouts. They started their campaign with seven straight wins, losing only to the Riders.

In the quarter-final, London dominated against the Sheffield Sharks, pulling out a 100-68 win. Italian sniper Lorenzo Cugini led the game with 28 points, getting red hot from deep to make five of his 10 threes.

The Lions fought back against the Riders after falling down big in the first leg, making the score manageable ahead of a highly anticipated clash in Leicester.

Scoring 25 in the first leg, Warrington sharpshooter Patrick Whelan has enjoyed a string of solid performances in December.

Whelan has averaged 19.5 points while shooting a scorching 65% from three this month, playing aggressively to put points on the board.

Whelan can hurt defences in a number of ways from the two-guard position. He can play off-ball and hit shots, play in isolation by taking defenders off the dribble, and get out in transition for easy buckets.

No matter how he gets it done, Whelan is capable of going off for big performances any given night.

Dirk Williams has been on a tear this season, leading his team in the BBL Cup with 22.6 points per game.

The 6’5” wing is in his second Lions season, and has scored over 20 in six of his eight Cup games this year, with a high of 30 coming against the Riders.

Williams is a danger to opposing defences all over the court, his shooting ability opening up lanes to the rim where he can finish strong. The UAB graduate averaged 18 points per game last season and has taken leaps forward this year.

The Riders looked in control for long stretches of the first leg, taking a 19 point lead into the fourth. But a late Lions resurgence makes it all to play for in the second leg, with just three points between the sides on aggregate.

Whelan led the game with 25 points, firing from deep to make six of his seven three-point attempts. For London, Williams kept London in the game with 24 points, while Italian sniper Lorenzo Cugini backed him up with a 22 point night.