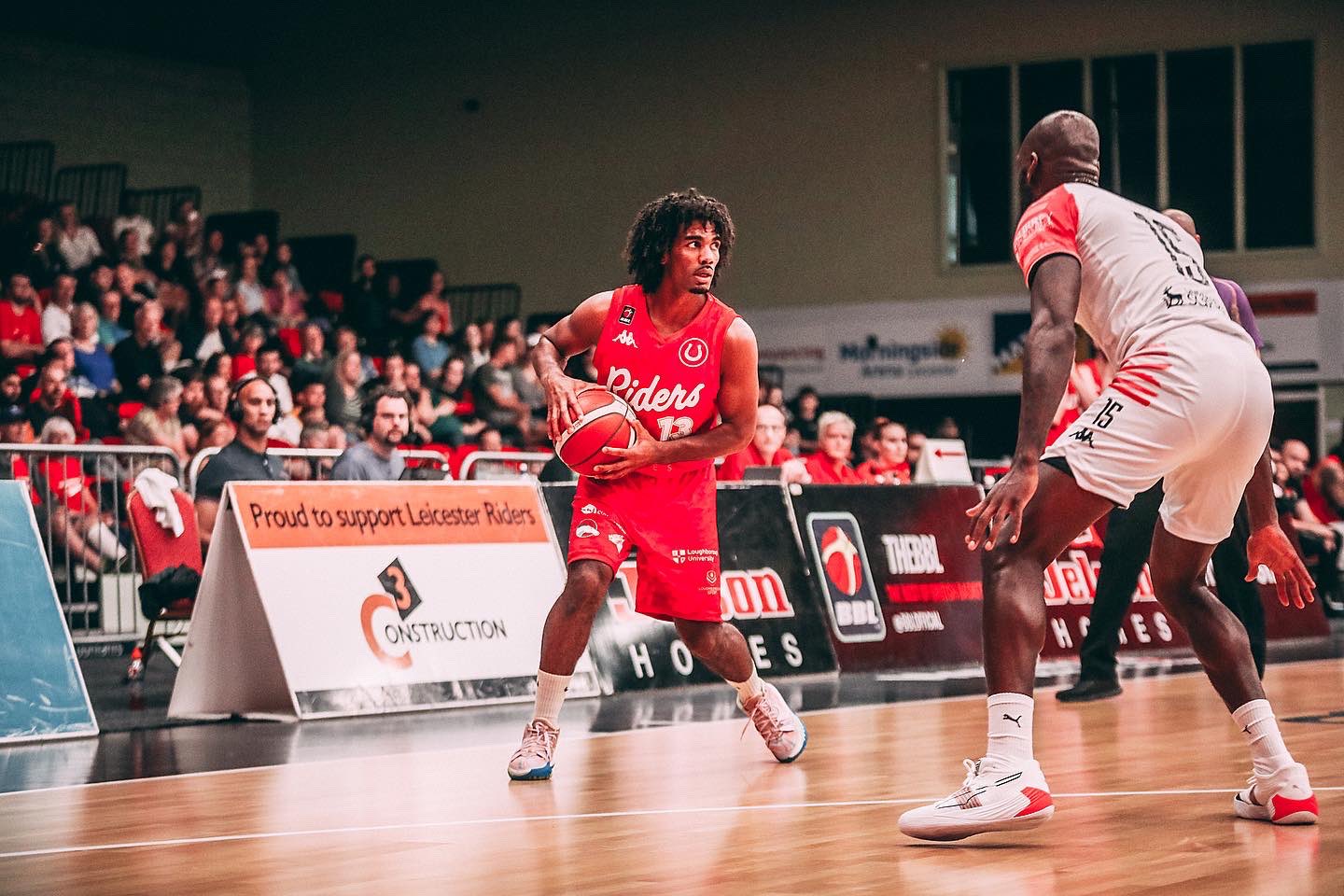 After an opening day defeat to the Bristol Flyers, the Riders have won four on the spin to cruise through their BBL Cup group. Their most recent game, a 94-89 win away to the Surrey Scorchers, earned them qualification to the knockout stages in coach Rob Paternostro’s 400th career win. The Riders now aim to top the group, with the one seed coming down to points difference should they win their two remaining games.

Leicester leads the league in scoring with 91.6 points per game, helped by their BBL best 43.2% shooting from behind the arc. In Surrey, the Riders knocked down a red hot 13 of 24 threes, led by an immense 27 point performance by reigning BBL MVP Geno Crandall. Crandall tops the Riders scoring charts early in the year, continuing last season’s form with 17 points and seven rebounds a night.

The Lions remain undefeated in the BBL this season, starting their Cup campaign 5-0. In response to the Riders’ dominant 109-53 win against the Plymouth City Patriots, the Lions balled out in their previous game with a 101-62 victory against the same opponents. London’s European campaign began emphatically also, beating the Netherland’s Donar Groningen 79-55 in the FIBA Europe Cup. They now turn their attention to the BBL to defend their top spot in the BBL Cup South group.

The Lions, led by second-year Lion Dirk Williams’ 21 points per game, are the BBL’s most efficient shooters, making 51% of their 69 attempts per night. Their team brand of basketball early in the year has earned them the league’s highest assist tally, and their rim protection also tops the BBL, swatting away 5.3 shots per contest.

Patrick Whelan has enjoyed a blistering start to Leicester life after signing for the Riders in the summer. Brother of Jordan of the Manchester Giants, the 6’5” two-guard has cooked from behind the three-point line, making 50% of his 22 attempts for 10 points per game. A William Jewell graduate, Whelan averaged 19.2 points in his senior year of college before achieving promotion to the Spanish second division with Real Murcia. Whelan’s shooting ability has contributed greatly to Leicester’s fine form, and is always a danger when afforded a yard of space.

A man who may attempt to go punch for punch from deep at the Morningside Arena is Italian wing, Lorenzo Cugini. The High Point graduate caught fire in his previous game, going 9/12 from three on his way to 35 points. Cugini played last season in the Spanish second division for Palencia, after previously playing in Norway after college. Shooting 43% from three in his senior year, he possesses the ability to consistently knock down shots and explode for historic scoring nights.

The teams last met towards the end of last season, as the Lions delayed Leicester’s league win with an 86-81 nail-biting win.  The Riders shot 19% from three in an off shooting night, while Dirk Williams scored 29, his third-highest tally of the year.

Tickets are still available for Friday’s game, CLICK HERE to secure your seats!