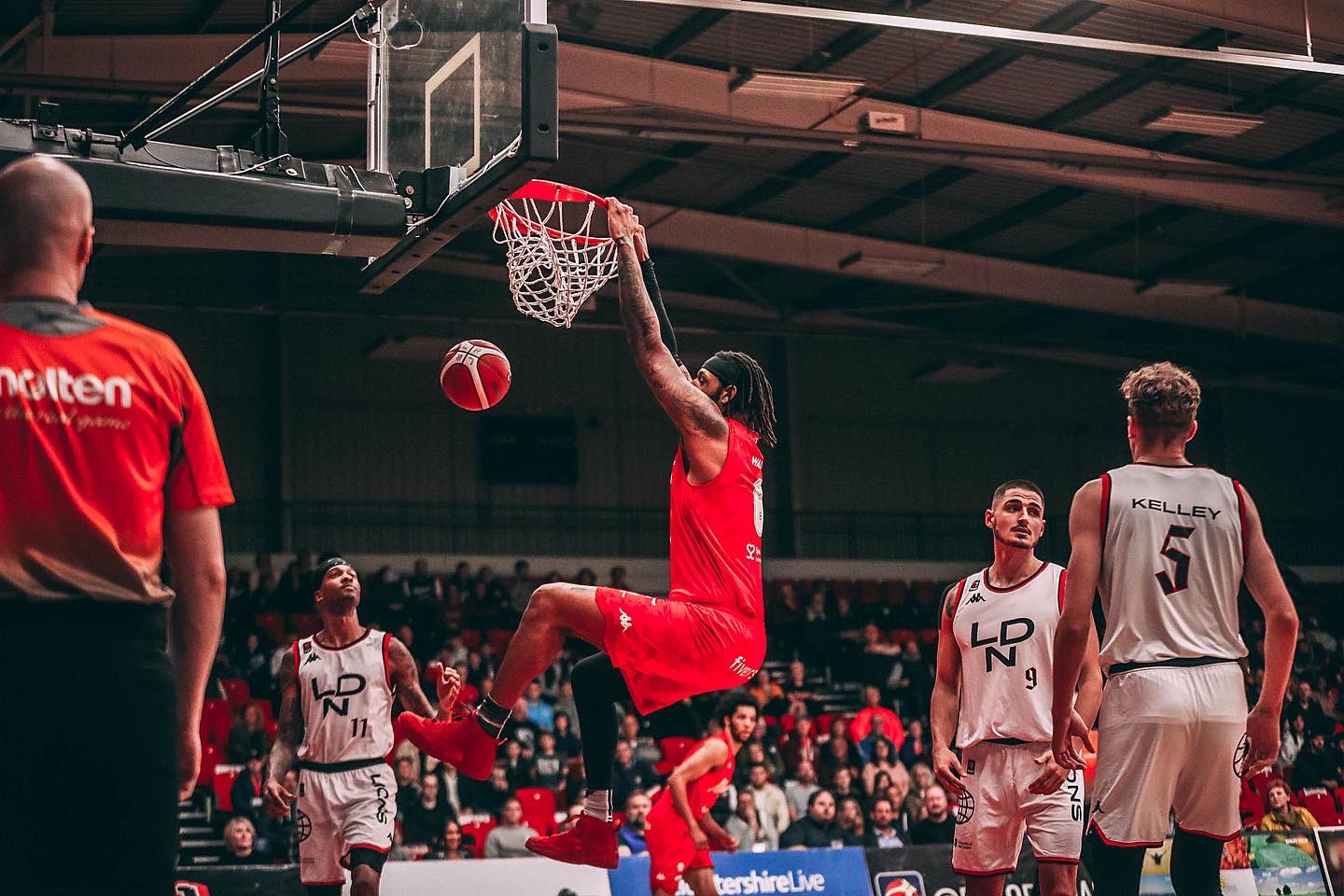 The Riders handed the Lions their first defeat of the season, beating London 93-76. A 25-12 fourth quarter sealed the tight affair, with Geno Crandall’s 20 points and nine assists leading the Riders to a 5-1 record.

With four minutes remaining in the tie, Zack Jackson produced the play of the game to turn the tide for the Riders. The Ohama graduate drove at the hoop before rising high and jamming it down over two Lions defenders, sending Riders fans into a frenzy and putting Leicester up 10. The visitors never recovered against a rocking home crowd: Jackson’s jam giving the Riders the momentum they needed to see the game home with a 15-0 run.

Dirk Williams caught fire for the Lions, dropping 30 points in his side’s loss. The second-year Lion, who averaged 18 a game last season, went 12 for 18 to quiet the home crowd with critical buckets.

After the hosts fell into a slight deficit early, Jackson took the game by the horns midway through the first. Playing in isolation, Jackson demonstrated his ball-handling ability to take defenders off the dribble, going off for six successive points. The 6’7” wing shot momentum into the Riders team, who went on a 14-2 in the period to take an 18-10 lead.

With their shot not falling early, the Riders took the ball inside to keep in the game. Feeding Walker, who scored six in four minutes to open the third, the Riders kept the score close, before a Jackson corner three reclaimed the Riders’ lead. Jackson’s bucket took the lid off the basket as Leicester made four straight threes to build their advantage.

It was then the Lion’s turn to survive the Riders’ charge, with Williams making tough shots to keep the score tight. Williams had seven third-quarter points, rising above defenders to make deep shots. But, despite Williams’ scorching hot form, the Riders took a four-point lead into the fourth.

In a close final period, Jackson’s jam took momentum for the Riders to seal the win. They held the Lions offence to 12 in the quarter, locking up the visitors to claim the victory. “It was a great play from a player that had a really good night”, said coach Paternostro post-game. “Any time a player makes a play like that, the team and fans get excited”.

Paternostro also had praise for Valparaiso graduate Jubril Adekoya, who signed with the Riders in the offseason. With captain Darien Nelson-Henry sidelined due to injury, Adekoya stepped up off the bench to play key minutes at center. He had 11 points, four rebounds and a crucial, momentum building block late in the fourth. “Jubril was an unsung hero of the game tonight. His defence is excellent at that position, and his rebounding was really good”.

The Riders improve to 5-1, sharing the top spot of their BBL Cup group with the Lions. They play their last game of the group on Sunday, facing off against the winless Patriots in the hopes of locking up the one seed for the knockout stage.