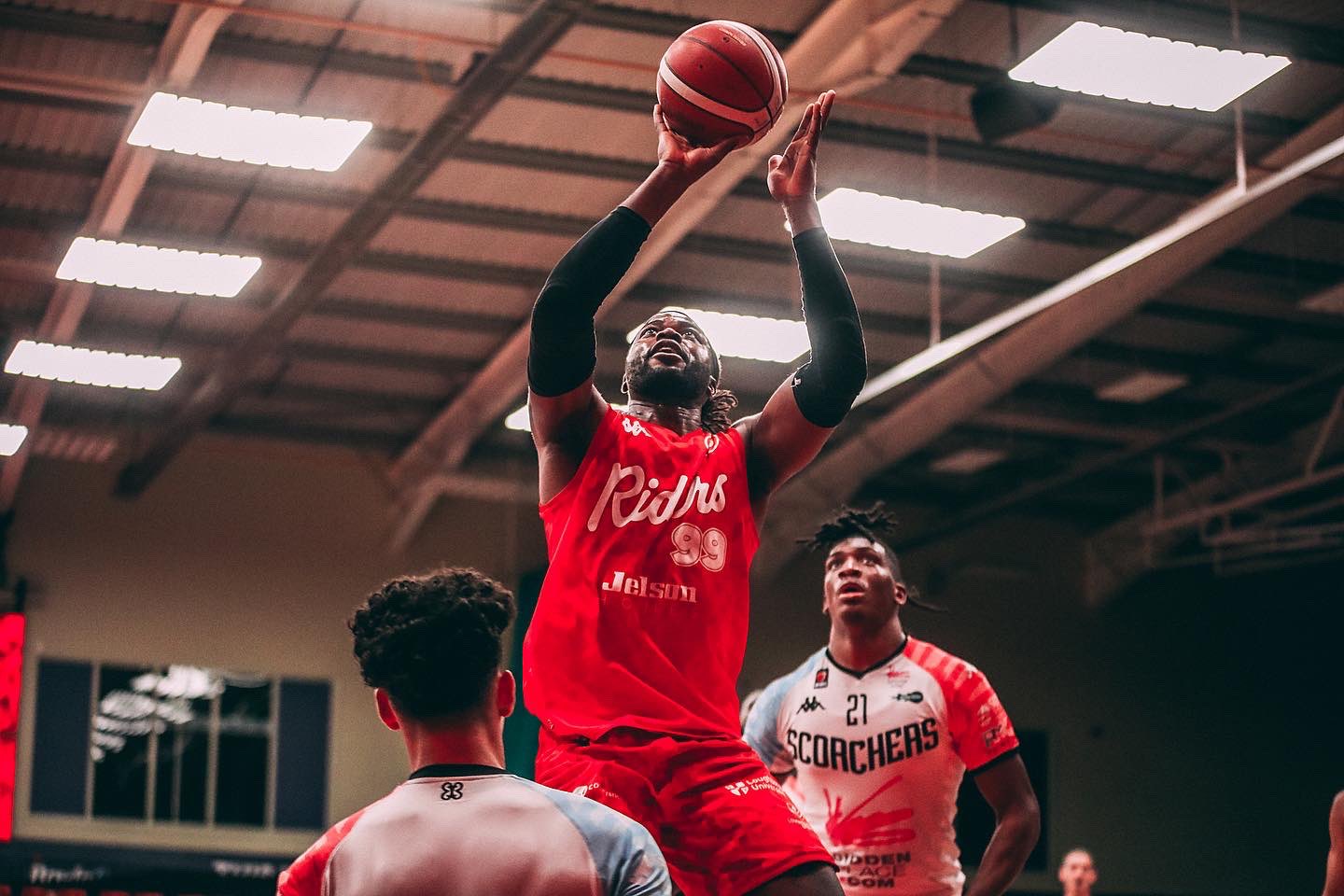 Starting the season 3-0, the Riders have played exceptional team basketball to start the season. Averaging 26 assists a game, the second-most in the BBL, Leicester’s elite ball movement and team-first style generates consistent open looks, allowing them to shoot 51% from the field and 43% from three. Led by league MVP Geno Crandall’s 16 points and nine assists per game, the Riders have five players averaging double-digit points, sharing the wealth among an abundance of offensive weapons.

In their previous fixture, it was their defence that won the contest. They held the Surrey to a season-low tally of 61 points, forcing the short-handed Scorchers to shoot just 30% from the field and 21% from three. Crandall led Leicester with 24 points and nine assists in just 23 minutes, the Gonzaga graduate caught fire from three to knock down seven of his 10 attempts.

The scintillating Sharks have started the league season emphatically with a 3-1 record. After falling short in a challenging BBL Cup quarter-final to the London Lions, losing 100-68, Sheffield has impressed through the opening stages of the season. An efficient outfit, shooting 50% from the field and 40 % from three, the Sharks make the most of every possession, of which they have many, turning the ball over just 10 times a contest. Second-year pro out of Illionois Kipper Nichols leads his side with 14 points and five rebounds a game, improving on his 10 point average from last season at Ponds Forge.

The Sharks dispatched the Newcastle Eagles on Sky Sports in their most recent game. They forced the Eagles into 44% shooting, while they torched Newcastle to make 43% of their three-point attempts. San Fransisco graduate Jordan Ratinho led the way in this department, hitting four of seven threes, and scoring a game-high 22 points.

In his second Riders season, off the back of a season-ending injury last year, Zach Jackson has returned better than ever. He is averaging 13 points, five assists and a steal while shooting 40% from behind the arc. The Omaha graduate led his college in scoring in his junior and senior years, averaging 18 points before going pro. He started his professional career in Ukraine for Kharkivski Sokoly, averaging 12 points per game, before taking his elite scoring and defensive talents to the Riders last season. The 6’7” wing lifted the roof off the Morningside Arena with a monster dunk against the London Lions, showcasing his ability to hurt defences in an abundance of ways.

Kipper Nichols has taken the helm of the Sharks roster in the opening stages of the season. The 6’5” two-guard’s team-high 14 points per contest has led them to a winning start, after his successes as a rookie last year. The Cleveland native helped the Fighting Illini to a fourth-place finish in the Big Ten in college, graduating from the University of Illinois after averaging ten points in his junior year. Nichols is an elite scorer who can play both ends, averaging 1.5 steals and a block per game while knocking down 52% of his shots on the year. Nichols will hope his step forward from last season can lead the Sharks to success.

The Riders have won four of their last five meetings with the Sharks, their only loss coming in the BBL Cup group stage as they listed a roster of Charnwood and Loughborough prospects. Their previous fixture was on Valentines Day, and it was Leicester who felt the love after a 107-93 victory. Captain Darien Nelson-Henry led the game with 23 points, seven rebounds and six assists, the Penn graduate scored 90% of his ten shot attempts.