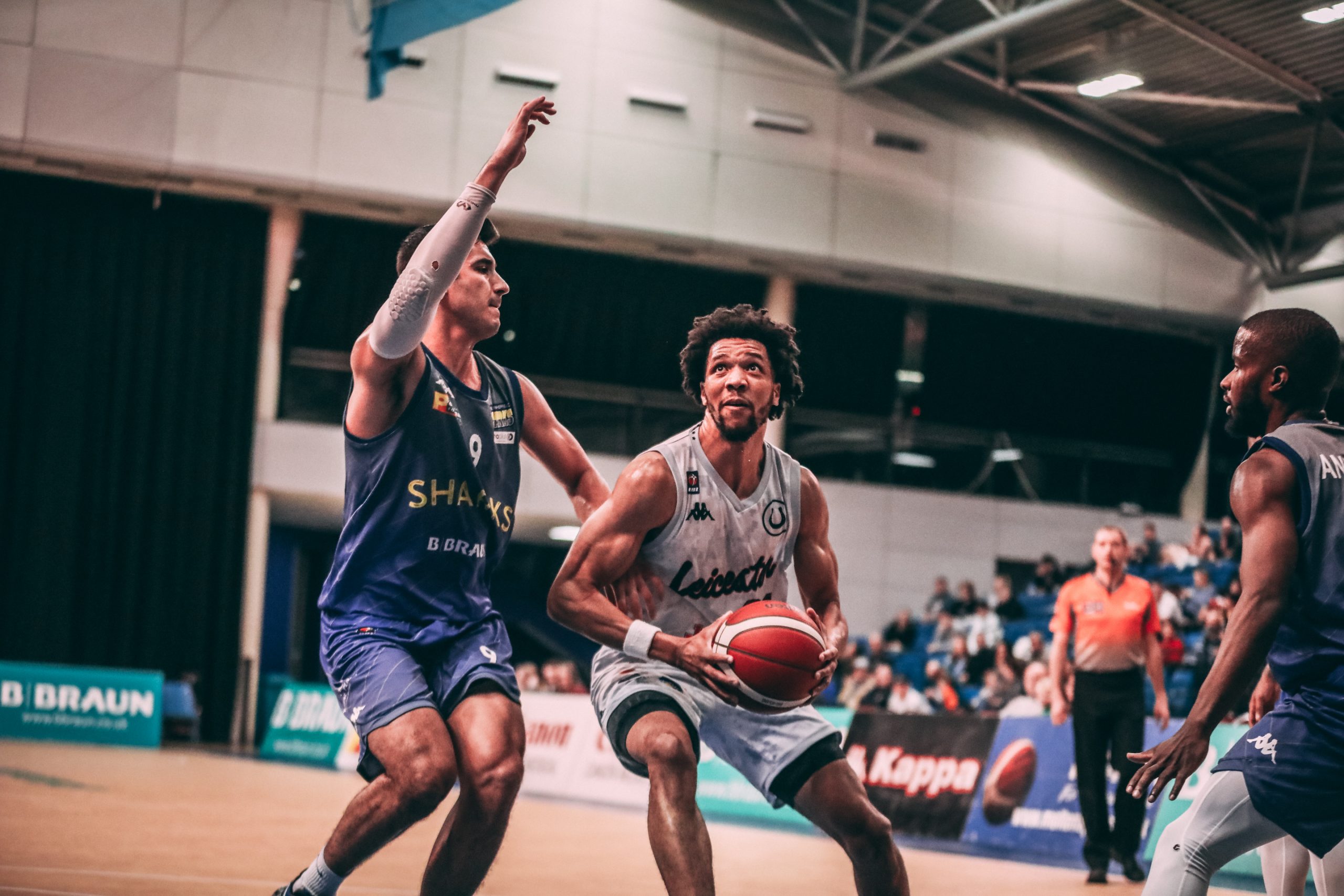 The Riders won the first road game of their league campaign, beating the Sheffield Sharks 80-72 to improve to 4-0. Marc Loving led the game with 23 points, taking Leicester to the top of the BBL Championship table.

The game was contested deep into the fourth, with a late Riders surge enough to tip them over the edge. Geno Crandall came up clutch in the closing stages, scoring four in the final two minutes to conclude a final period with five lead changes. Crandall scored 20 in the game and dished nine assists for a near double-double.

Leicester attacked the hoop all game long, getting to the line 27 times. Loving knocked down all seven of his foul shots in an efficient game, the Ohio State sniper led his team for the second straight fixture at Ponds Forge.

The Sharks had all five started in double-digit points in a team effort, but eventually fell short against a battle-tested Riders outfit. Aaron Anderson, who like Crandall attended the University of North Dakota, led his team with 14 points, five assists and four rebounds.

The Riders fell behind early, getting into a 15-4 hole in the opening three minutes. Facing a Riders defence off the back of their best defensive display of the season against the Scorchers, the Sharks made 10 of their first 11 shots.

Against the scintillating Sheffield start, the Riders captured momentum late in the first, with six straight points from Marc Loving making it a four-point game. Loving had 13 in the first period, keeping his team in the fixture.

After the Sharks responded to the momentum shift with a 10-2 run, Leicester bounced back with a 15-2 run of their own, this time coming back to take their first lead since their opening shot. Crandall began to attack, scoring seven in the quarter including a go-ahead fastbreak bucket.

Matched up against 38-year-old Sharks veteran Mike Tuck, Mo Walker got to work down low. Tuck had no answer for the bruising Canadian, as Walker cooked his opponent with his full bag of post moves. Walker had 12 points by halftime, as Conner Washington’s three marked the last Riders points before Leicester entered the locker rooms up 43-42.

As the sides traded buckets to start the second half, the Riders walled off the paint with elite interior defence, emphasised by shot-stopping swats by Walker and Zach Jackson. The Sharks edged a low-scoring third quarter 15-12, with the teams entering the fourth quarter with the game in the balance. The score: 57-55 in Sheffield’s favour.

Loving kicked off the final quarter with a lead taking three. The shot was the start of a back and forth battle, as the teams traded blows until deep in the day. Neither team led by more than a point six minutes into the fourth. Leicester earned an inch of breathing room, making it a six-point game with two and a half minutes left. The lead was enough to make it a game of free throws, and Crandall knocked down his foul shots to seal a hard-earned road win.

“I’m big on believing it’s how you finish, so when the time comes and it’s time to put a team away and make a push late, I pride myself on being a guy you can count on to score the ball or make the right pass,” said Crandall postgame.

“We’re still meshing, so to be able to pull out games like this when we’re not at our best is important for guy’s confidence.”

“We’re a team now. We’ve won 11 of 13 games, and we believe in ourselves” said coach Rob Paternostro. “This is an experienced group that don’t fear a close game. In crunch time we made the right plays when we needed to.”

“We believe in ourselves. Even though they were scoring for fun early we all knew if we buckled down we could get some stops. When you look up at the board and it’s another 72, you can tell we’re in a good place.”

The Riders return home for their next fixture, where they will face the Glasgow Rocks on Friday.