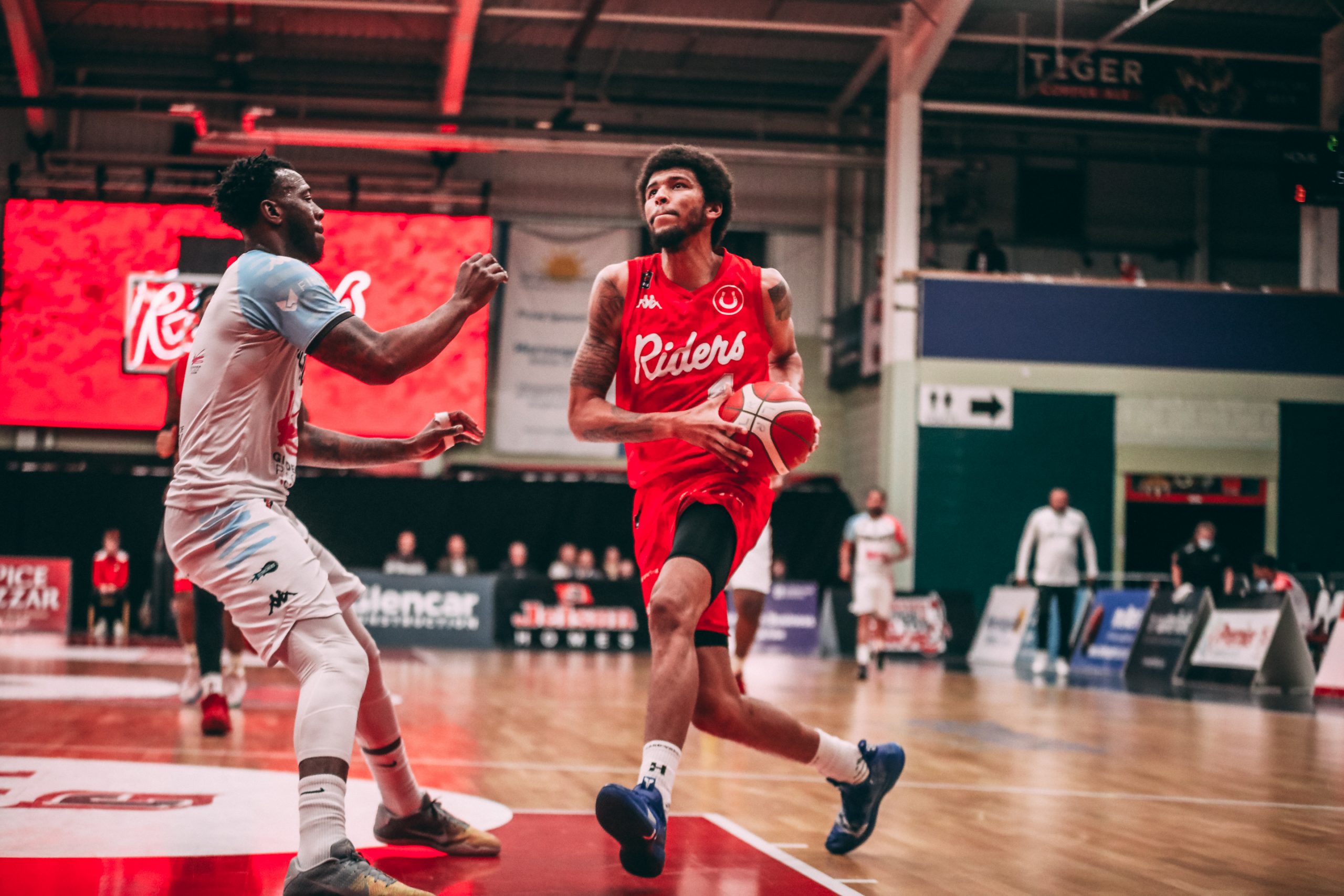 The Riders blitzed the Scorchers with a 90-61 win to improve to 3-0 in the BBL Championship. Geno Crandall bested the game with 24 points and nine assists in just 23 minutes, his team leading wire to wire.

The win is the 32nd on the bounce for the Riders over Surrey, their most recent loss dating back to 2012. This is the second-longest streak against an opponent in BBL history, after Leicester’s 33 game run against Plymouth.

Leicester’s defence merited them the victory. They forced Surrey into shooting 30% from the field and 21% from three, stealing the ball 11 times and blocking four shots to hold the visitors to their lowest points tally of the season.

“We want to keep improving on that end of the floor. We talked about how last week was a major improvement, and we’ve got to keep that going,” commented coach Rob Paternostro postgame.

In his game leading effort, Crandall exploded from three, making five of his seven attempts.

“He’s a guy that can hurt you in so many ways, and what’s noticeable this year is his three-point shot. He’s close to 40% from range, and while last year teams dared him to shoot it, this year if you give him that opportunity, he’s going to take it”.

Offensively, the Riders enjoyed an efficient night, shooting 50% from the floor and 38% from deep. Accompanying Crandall’s performance, Mo Walker’s 14 points and five rebounds in 15 minutes marked a solid display from the big man. Walker anchored the Riders defence, protecting the paint to great effect in his battle against 7’1” Legend Robertin.

Paternostro enjoyed his center’s performance: “When he’s around the basket he’s tough to go by, and he’s really strong. He did a lot of nice things out on the floor.”

Shorthanded Surrey’s struggles came in the absence of Lamar Hamrick and Stanley Davis Jr. Despite 27 points between Scorcher’s tandem Tayo Ogendengbe and Martelle Mclemore, the Scorchers fell into a hole early and never recovered. Surrey legend Ogendengbe had 11 by halftime but couldn’t replicate his successes in the second as he shot 41% on the game.

To start the contest, Crandall hit back to back threes to get the Riders on the board early. They stamped their authority in the opening stages courtesy of two Walker blocks, bolting out the gate to take a double-digit lead. The Riders’ stifling defence set the tone, with five team steals leading to nine fast-break points in the opening period.

Jubril Adekoya dominated defensively in the second quarter; his IQ was on full display as he covered every inch of the court. He earned two steals with his efforts, helping hold Surrey to four points in the opening five minutes.

The Riders held their opponents at arm’s length, subduing a Scorcher resurgence led by six from Ogendengbe, maintaining a double-digit lead. Crandall cooked, once again hitting consecutive threes to start the game 4/4 from distance. The Gonzaga graduate scored 10 in the quarter and 18 in the half, as the Riders entered the locker rooms up 46-32.

Eight Walker points to start the second half allowed the Riders began to extend their advantage. An 11-2 run put the hosts up 20, affording Leicester a comfortable final period, which they entered with a 69-45 lead.

Canadian guard Kimbal Mackenzie got the fourth underway with a three, starting a quarter in which the Riders cruised to victory. Their lead allowed playtime for Loughborough and Charnwood prospects Joe Bielak, Louie Jordan and Victor Ndoukou. All three gained valuable experience against a BBL outfit.

After the win, Leicester remains one of two undefeated teams in the league, positioning themselves strongly ahead of a long season. Next, they head to Ponds Forge for their first road fixture of the campaign, facing the Sheffield Sharks.

On the game ahead, Paternostro said, “we’ve got a game this weekend against a really good team. Our defence will be tested on Sunday”.