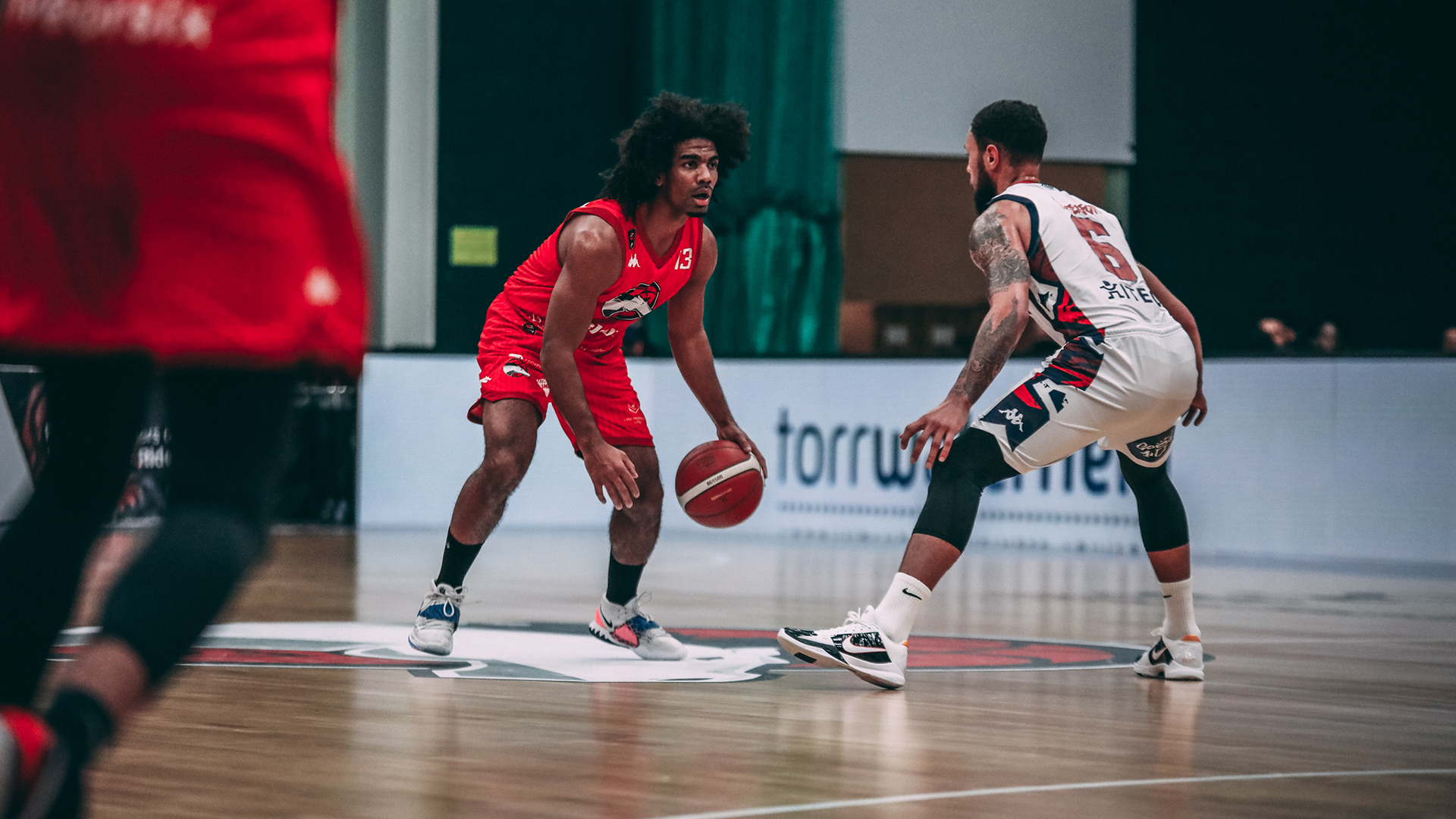 After last weekends break, the Riders take the court again on Saturday at 7:30pm for the first of a double-header, travelling to the SGS College Arena in Bristol to face a hungry Flyers side.

The Riders were impressive in their last performance, outlasting a gritty Cheshire Phoenix side to end a dangerous winning streak. It took a gritty effort of their own to capture the victory, a 22-3 4th quarter, by the way of a Leicester defensive masterclass, securing an 82-70 final score. The Riders sit 10 points clear at the top of the BBL table with an 18-3 record, flexing wins over 2nd, 3rd, and 4th placed teams in their last four contests. Leaving the Morningside Arena for the first time in three matches, they look to continue their success and play spoiler against a Flyers side fighting for a play-off spot.

Clutching the 8th seed with 16 points, the Bristol Flyers are hungry to convert their games in hand to wins. After traveling to the Worcester Wolves on Friday and displaying a dominant performance in an 82-62 win, the Flyers will be confident in doing just that. The Flyers are the best at crashing the offensive glass in the BBL, pulling down 11 offensive rebounds per game for second-chance points. Saturday Bristol faces the challenge of crashing the boards against a Leicester team that leads the league in average defensive rebounds per game with 28.4. Add to this the contest being the second of back-to-back games for the Flyers, and it will take an incredible effort to topple the fresh, top-table side.

With the absence of star starting point guard Geno Crandall in their last contest, the Riders players to step up. Conner Washington put on a big performance against the Phoenix recording a points-assists double-double with 15 and 12 respectively. Perhaps going unnoticed in his first start of the season, was Washington’s herculean effort. The Riders number 13 was benched for only two and a half minutes, his defensive presence matching his offensive contributions leaving him with an impressive 17-points plus/minus. Given his ferocious pressing defensive approach, and his ankle bruising attacking style, this feat is something that is sure to catch the attention of the Flyers. They will know that Washington is a player that will cause problems all over the court from the opening tip to the dying minutes, and will have to devise a way to limit him if they plan to come out of Saturday with a win.

Also wearing number 13, Flyers small forward Eric Lockett delivered an impressive performance in their last match. Posting a stat-line of 16 points, 8 rebounds and 4 assists with a game leading monstrous 31-points plus/minus, Lockett proved vital to the Flyers victory. Lockett has started all 19 games this season for the Flyers, and while not leading the team in any stat, averaging 14.1 points, 6.7 rebounds, and 4.3 assists, he is as reliable as they come. A former NCAA Division 1 player, Lockett can now be found on the Bristol wing slashing to the hoop and jumping on second chance opportunities. The Riders will look to disrupt Lockett on Saturday to slow down a Flyers team that seems to feed off the forward’s effort on the court.

The last meeting between these two teams dates to last year, the Riders hosting the Flyers on the 18th of December 2020. Double digit points from four of the Riders five starters led the home side to a 12-point win, the contest finishing 85-73. Each team has markedly changed since the last time they shared the court though, so both Leicester and Bristol will look forward to running things back in the coming double-header.

Tonight’s game will be streamed via Flyers TV, Riders fans will be able to purchase a game pass for £4.99.