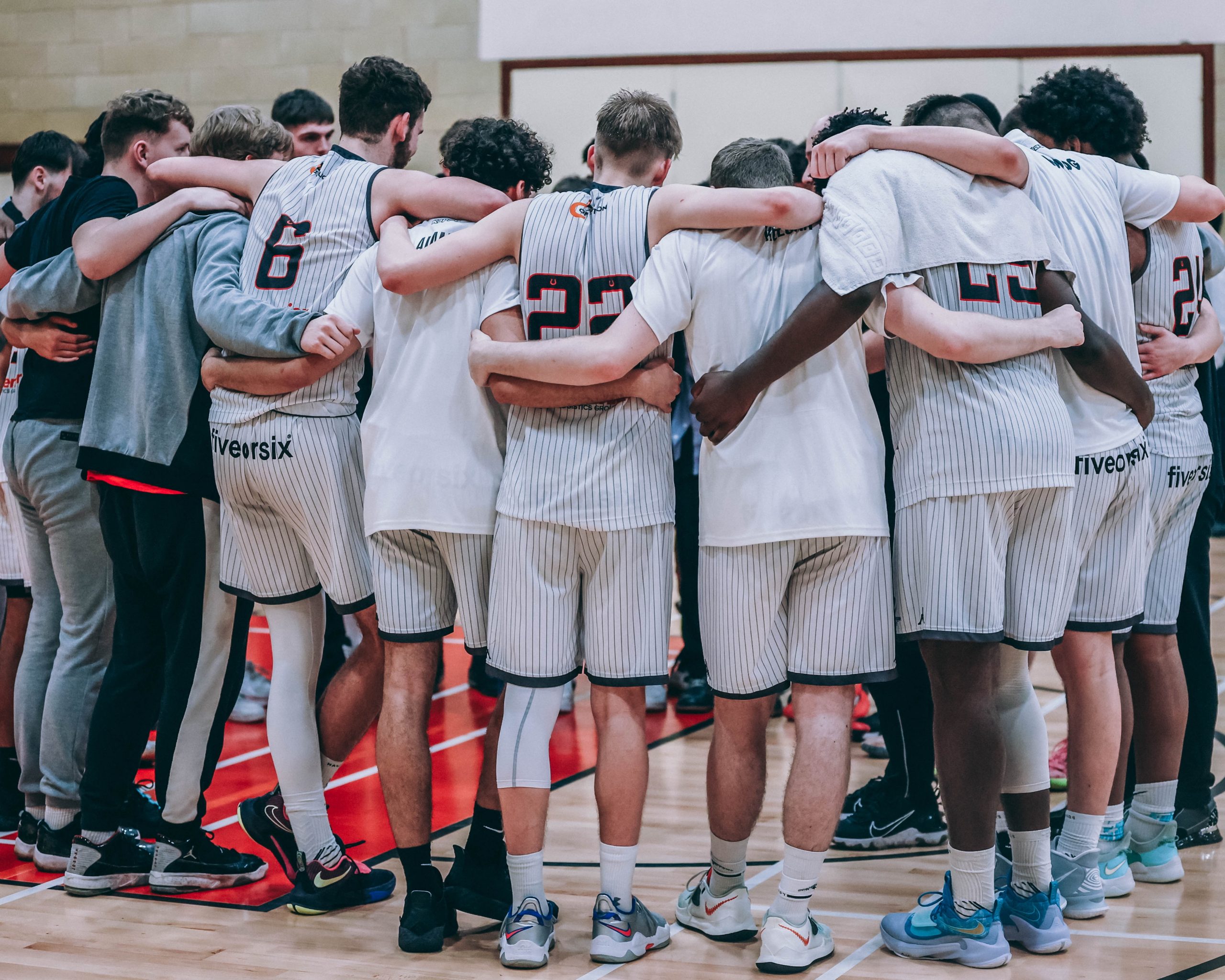 What a thriller of a game in Charnwood last night! The Charnwood Riders faced off against Barking Abbey in the EABL semi finals in front of a packed crowd. The energy in the building was through the roof and it seemed inevitable that this game was going to be a good one.

The Riders came out scorching hot. Getting stop after stop and after 2 quick triples from Louie Jordan the Riders started the game with a 12-0 run. Barking Abbey however answered with a scoring spurt of their own. Narrowing the gap behind excellent finishing around the rim.

Both teams continued to battle and it became clear that this was going to be a game of defense. Abbey’s zone defense was smothering and forced the Riders to get more creative when it came to attacking the rim. And the Riders smooth switches and communication helped them force several turnovers and shot clock violations in the first.

At the end of the first quarter, the Riders saw themselves leading 21-16.

The second quarter is when the intensity of this game became abundantly clear. Both teams went back and forth at each other. Both teams showed excellent heart on the glass as they’d crash and battle every time a shot was put up.

As the second quarter came to a close the Riders still held the lead but were now not so comfortable with the position they were in, leading 37-36.

The third quarter kept up with the pace of the first hand, chippy defense, runs and tough shots. Both teams remained neck and neck. Exchanging the lead and fighting for each possession. The Riders came up with some clutch steals but seemed to struggle at times to score against Abbey’s zone.

A nice three from Dan Hadley put the riders within 3 points of Abbey’s lead, but a layup as the quarter ended put Barking Abbey up 5 with 10 minutes left to play. Abbey leads 54-49.

The fourth quarter was intense as could be. A quick transition dunk from Zamoku Weluche seemed to give Abbey a burst of energy as they came out looking to extend and extinguish the Riders in the fourth.

It then became a game of ‘big plays’, Victor Ndoukou answered Abbey’s run with a three pointer. Both teams exchanged blows. And with 2:45 left to play the Riders found themselves down 4, 61-57.

Victor Ndoukou ended the Rider’s scoring drought with a heat check three to bring the game within 1 point. After a quick stop the Riders came down and Kanu Gudza hit a three pointer of his own to put the Riders up 63-61 with 2 minutes to play.

2 free throws from Abbey tied the game up at 63 with 1:13 left to play. Abbey brings up the ball but gets stripped by Kanu Gudza who connects on his transition layup to give the Riders a 2 point lead. Abbey hits 1-2 free throws on their next possession and with 35 seconds left it was time for a big moment.

Victor Ndoukou received the ball at the top of the key and proceeded to hit a step back and one three point BOMB. The crowd went wild and that was the dagger that put the Riders over the top. Now leading by 5 Abbey had no choice but to foul and the Riders put them away at the Charity stripe.

It was an absolute thriller in Charnwood which came down to the wire. Playoff basketball is here and it is delivering. It was a phenomenal win for Charnwood as they now advance to the EABL Finals and a fantastic effort from Barking Abbey as the Riders win 72-67.