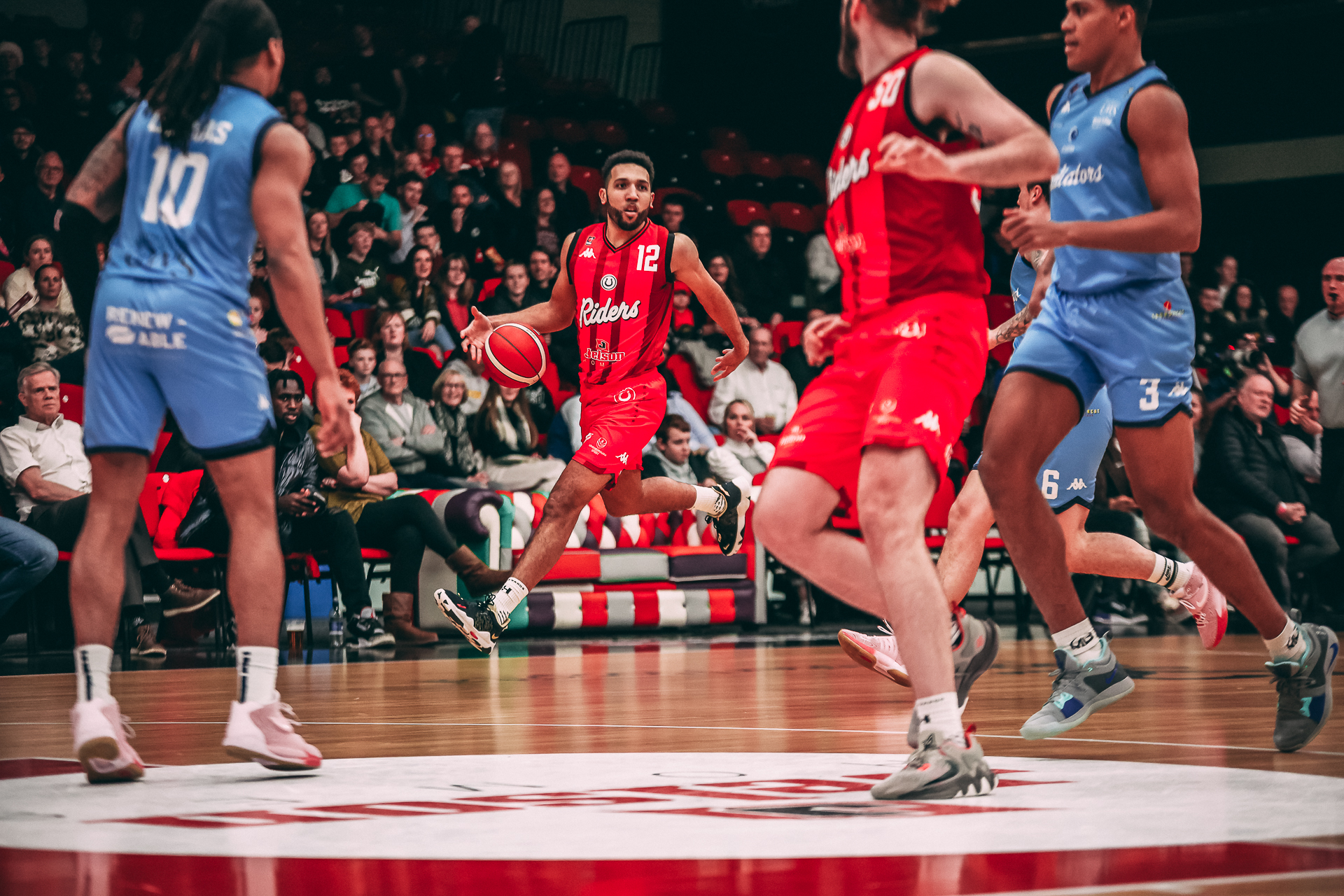 The Riders booked their place in the BBL Cup final for the second straight season, beating the Caledonia Gladiators89-68 in the semis. The holders have the opportunity to defend their title in Birmingham, meeting the London Lions at the Utilita Arena.

Leicester led wire to wire in the game, seeing off spirited Gladiators’ comeback attempts to seal the win. Marc Loving, Zach Jackson and Patrick Whelan combined for 49 points, Loving leading the trio with 18.

GB big man Aaron Menzies dominated the glass of the bench, putting up nine points and 10 rebounds in 17 minutes of action. Jackson also had a double-digit rebounding effort, going off for a 14-point double-double.

The Riders caught fire from deep in the game, the league leaders in three-point percentage going 13-22 led by Jackson’s four makes. On the other end, they locked down the perimeter to hold the visitors to 25% from three.

Patrick Tape led the Gladiators with 21 points, the first-year pro putting up a season-high effort. Caledonia cut the game to six in the third period, but could not get over the hump to challenge Leicester late.

The Riders came out firing, bolting out to a 15-4 lead after drilling their first three threes. Their defence locked in from the tip-off, holding the Gladiators to just two makes from their first eight attempts as they built an early double-digit advantage.

Marc Loving helped set the tone on defence, sending Jeremiah Bailey’s shot back with authority midway through the first quarter. Loving ended the period with nine points to pair with his block, as the Riders continued their dominance to go up 30-13.

7’3” Menzies got to work on the glass to start the second, coming up with two second-chance baskets inside.

But the Gladiators stalled the Riders’ surge in the early stages of the quarter, cutting the lead to 11, led by eight points off the bench from Jordan Burns.

The Gladiators had momentum through most of the second quarter, but the Riders had the best of the running going into halftime. They exploded with two minutes remaining, scoring 10 straight points to re-establish their advantage, topped off with an Evan Walshe and-one.

In an attempt to get back into the tie, Caledonia came out firing to a 16-5 start to the second half. Tape put up nine points to make his game total 19, the 6’10 center getting to the basket effectively.

The visitor’s run made it a six-point contest midway through the third period, triggering another Riders response. Kimbal Mackenzie led the run, scoring five straight points to get it underway, including a tough three off the dribble.

The quarter ended 66-56 to the Riders, with a Walshe corner three concluding the action.

Leicester carried their momentum through to the final period, scoring seven straight points to get it underway. The points made it an 18-7 after the Gladiators cut it to six in the third.

Having started the fourth the better of the teams, the Riders saw out the game professionally to advance to the final. Derryck Thornton and Zach Jackson’s late threes sealed a hard-fought Riders victory.

The Riders now face a quick turnaround, as they face the Manchester Giants on the road on Friday. A win would put them top of the BBL Championship standings with an 11-4 record.