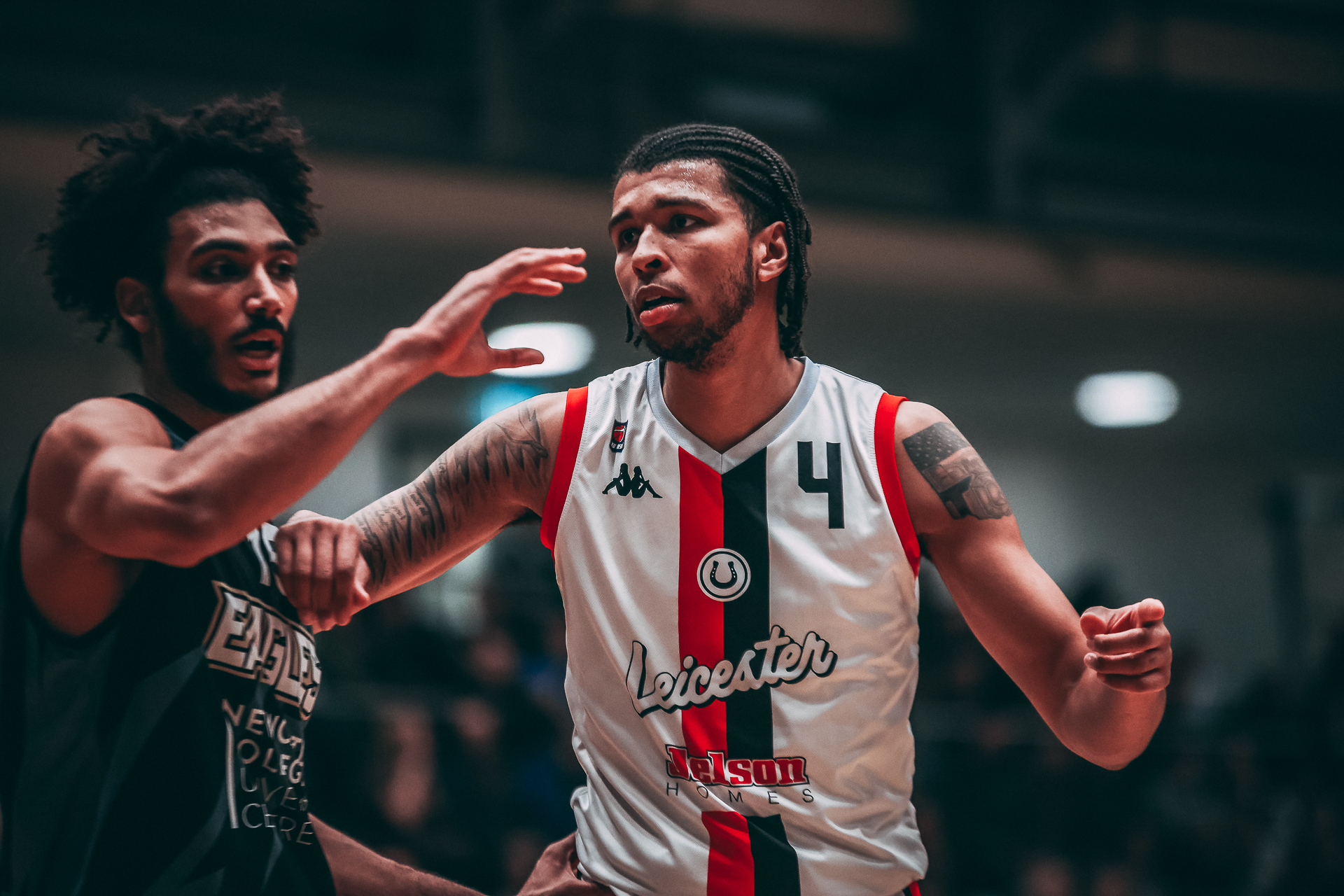 The Riders host the Caledonia Gladiators in the BBL Cup semi-final. A win would see them advance to the final in Birmingham, as they look to defend last year’s crown.

With a change of format of the BBL Cup being implemented this season, the Riders are just two wins from back-to-back BBL Cup winning campaigns.

The semi-final has been reformatted from two legs to one, meaning a game against the Caledonia Gladiators is all that stands between Leicester and the final in Birmingham.

However, this is no small task, as the Gladiators have proved a stern test to their opponents this season. They have beaten the Riders twice so far, but the Riders saw out their most recent game at home in dominant 100-67 fashion.

Patrick Whelan led the team with 25 points. The GB sharpshooter has been on a scoring tear of late, averaging 24.5 points in his previous two fixtures. Whelan ranks eighth in the BBL in scoring and is the best three-point shooter in the league, hitting 50.6%.

Whelan’s three-point shooting is indicative of the entire Riders’ offence, which leads the league in three-point and field goal percentage, and ranks second in points per game.

A win in this one would make it 10 wins from the Riders’ last 11 games; the reigning champions are rolling through the mid part of the season.

The Gladiators find themselves in their second BBL Cup semi-final in as many years as they look to go on and lift the trophy for the first time in their history. Last season they fell to the Manchester Giants in the semis, who would go on to fall to the eventual champion Riders.

In the league this season, the Gladiators are enjoying a successful run of form, having moved their record to above .500 in their previous game. It was a 117-96 win against the Cheshire Phoenix, which was the second of back-to-back wins that brought them to 7-6 in the league.

Jeremiah Bailey exploded for a season-high 36 points, the first-year pro being one of two major scoring threats on the Gladiators roster. The other, David Sloan, is third in the BBL in scoring with 20.2 points per game and has already put 37 points on the Riders earlier in the year.

Sloan and Bailey have helped their side generate the third most efficient offence in the BBL, shooting 47% from the field. They will hope for every bit of production in this one, as they hope to make their first Cup final since 2019.

The BBL’s third-leading scorer David Sloan has averaged 22 points a night against Leicester this season. The East Tennessee State graduate has torched the league with his scoring so far and can go off for huge numbers every night.

Sloan scored 12.6 points per game in his final college season and dished five assists per game. The Louisville native ranked third in his conference in assists, showing off his ability to both score and facilitate.

Sloan possesses all the qualities needed to score in the backcourt. He’s a quick, athletic ball handler with crafty moves and a quick release, keeping defenders alert for all 40 minutes.

Charged with the task of guarding Sloan is Riders point guard Derryck Thornton. Thornton was an early season addition to the Riders’ roster, and enters this one on a run of good form.

The California native has scored double-digit points in his past four appearances, including 16 points and four assists in his last showing against Caledonia.

Derryck adds explosive energy to a stacked Riders backcourt, as he looks to go toe to toe with the talented Sloan.

The game tips-off at 7:45 pm at the Morningside Arena Leicester: Get your tickets here!

It will be streamed live on the British Basketball League YouTube channel, starting from 7:30 pm.