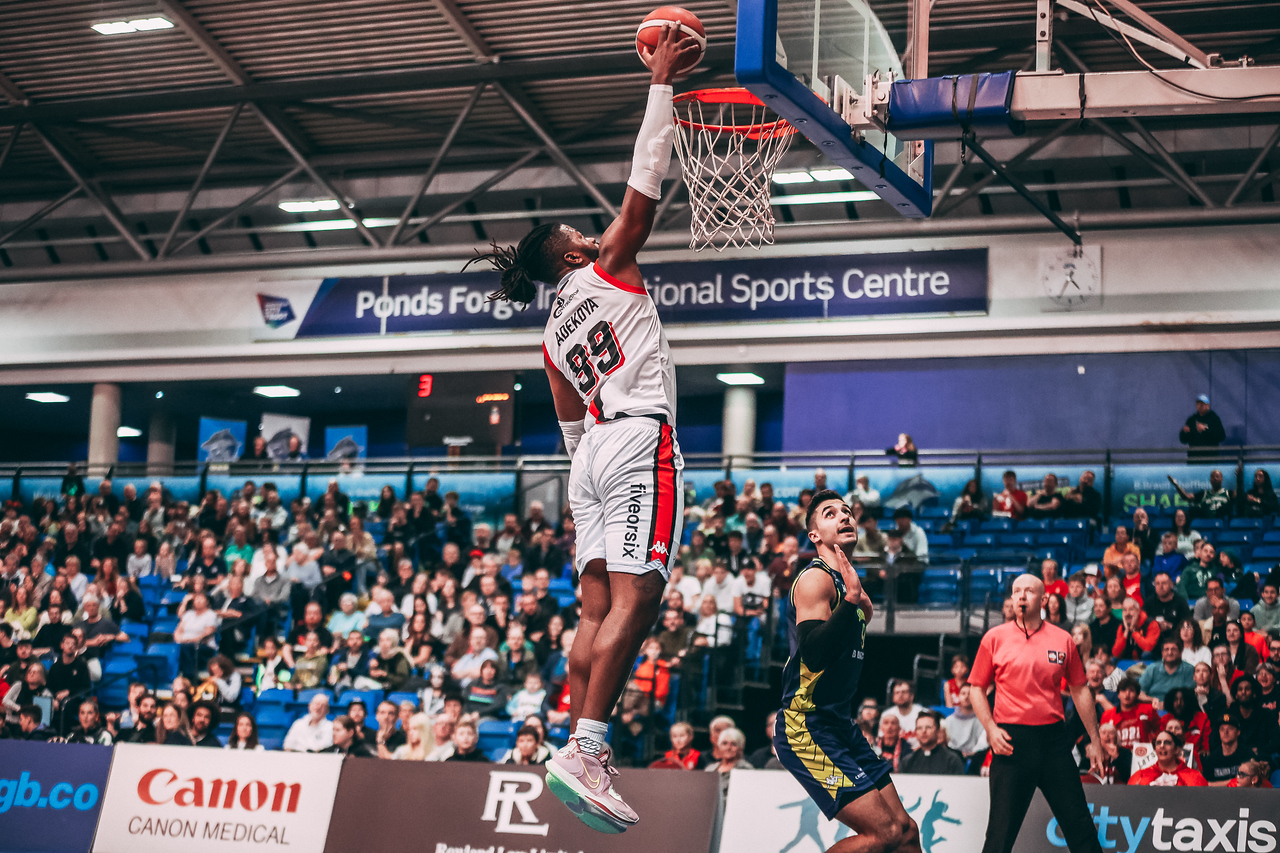 The Riders take on the Sheffield Sharks at home, trying to make it five wins in a row. A win would improve their record to 7-3, as the reigning champions climb up the league table.

In-form Riders on the charge

Coming out of the international break, the Riders are looking to build on the momentum they gained and continue their longest winning streak of the season.

They were in full control against the Plymouth City Patriots in their previous outing, outscoring them in every quarter of the game. Finishing the game with a 79-101 win, five Riders players scored double digits for the second game in a row.

Since then, the Riders’ made a major addition to their squad, as GB international Aaron Menzies signed from Germany to join the Leicester frontcourt. The 7’3” center steps in for the injured Mo Walker and looks to make an impact inside.

“It’s an exciting signing for us. He’s great on the glass, he adds a lot of size and the ability to change the game for us. What’s really exciting for me is that his best basketball is ahead of him. He’s getting better every day, and we’re looking forward to seeing him wear the red.”

Menzies will join the team for this one, after playing twice for GB in the break.

This is the second time these two teams will have played each other this season, with the Riders coming out on top in the last game, winning 86-72. Derryck Thornton posted an impressive stat line of 21 points and 4 assists.

They will look to replicate their success to continue to build into a long season.

Sharks save their season

The Sharks come into the game 5-5, having overcome a poor start to the season that left them 0-4. They look to improve on their 17-10 season last year and gain their first win against the Riders in the BBL Championship since December 7th, 2018.

Since then, the Sharks have lost 10 consecutive games to the Riders in the league. They enter the game with three players scoring with a double-digit average, Saeed Nelson, Kipper Nichols and Bennet Koch.

Leading them is Nelson, who has started his third pro season strongly with 13.7 points and 5.6 assists per game. The 6’2” guard exploded for 31 points in his second Sharks game and has scored double-digit points in seven of his ten outings this year.

Leicester will have to put pressure on the Sheffield offence, as the Sharks enter the game with the least turnovers in the league. They succeeded in their last game, winning the turnover battle in Sheffield 11-8 in their 86-72 win in October.

The Riders will have their hands full, facing this in-form Sharks team for the second time this season.

Kipper Nichols has been on a tear as of late, entering this one having scored over 20 in two of his last three games. The third-year Shark put up 20 points and five rebounds against the Riders last time out, going 9-17 from the field.

Nichols has shown improvement every year of his young career. He scored 10 points per game last season and was an integral part of his team’s second-placed finish. The Illinois graduate stands at 6’6” on the wing, and uses his shooting touch to score from anywhere on the court.

Lining up against him is Zach Jackson, who has established himself as one of the BBL’s elite wings this season. He’s scoring 14.7 points per game and led the team to a win against the Patriots with 18 points and eight rebounds.

The Omaha graduate excels on both ends, able to get his head down and get a bucket and take on a defensive assignment one-on-one. He showed his in a recent win against the Cheshire Phoenix, scoring a go-ahead basket late before locking up former Rider Jamell Anderson to seal it.

Jackson will need to be at his brilliant best on both ends on this one, as the Riders go for their fifth straight win.

Tip-off is at 7:45 for this fixture. The game will be broadcast live on Sky Sports, and streamed on the Sky Sports YouTube channel!