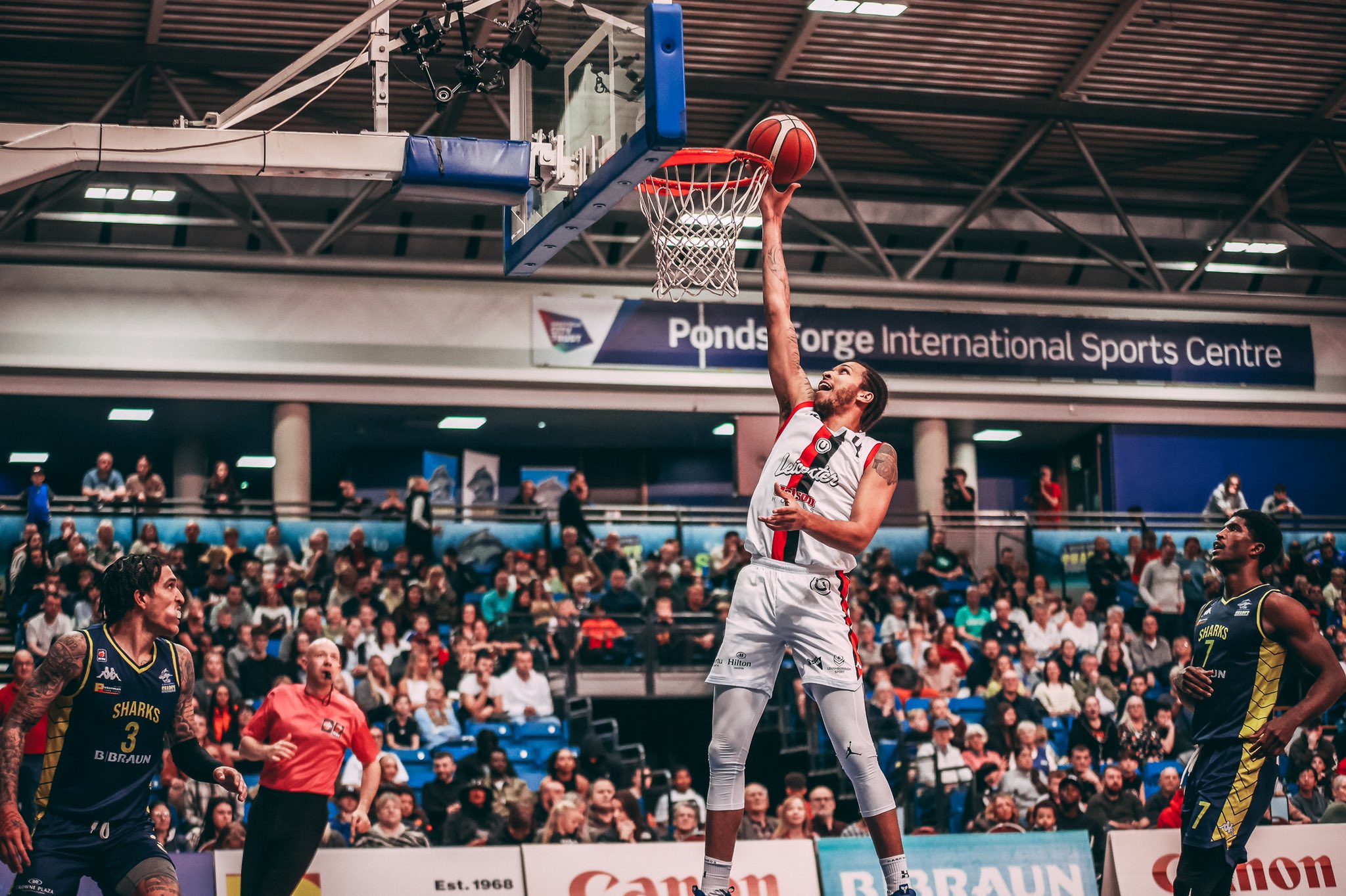 The Sharks result was significant, with their opponents entering the game having won four on the bounce, beating the London Lions in their previous fixture. The Riders had four starters score over 15 points, led by 21 from Derryck Thornton.

“We said before the game that we’re tired of this lose one win one stuff; let’s string some together,” said coach Rob Paternostro after the game.

“Our offence has been playing well. Statistically, we’ve been up there in the league offensively. That’s a product of the talent we have, and our unselfishness. We played unselfish basketball today, so I feel good about where that’s at.”

Marc Loving leads the Riders’ offence, scoring 18.1 points per game after a 34-point outing against the Flyers. Leicester has been one of the BBL’s most efficient teams, ranking top two in points per game, field goal % and three-point %.

Winning this one would bring the Riders’ record to 5-3, as the reigning champions look to chase down the top spot.

Over the offseason, Cheshire looked to fellow North Western club, the Manchester Giants, for their most significant acquisition: GB international Jamell Anderson. The former Rider has discovered new scoring form, putting up back-to-back 20-point games to start the year and logging a career-high scoring average.

With new addition Marcus Evans, formerly of the Bristol Flyers, lining up in the backcourt, the Phoenix built a well-balanced team. But it’s second year Phoenix Larry Austin leading the scoring for Cheshire, putting up 14 points per game.

Austin led the team in their previous game with 23 points, as they beat the Surrey Scorchers 76-66. The win improved their record to 3-4, after losing back-to-back games previous to the result.

Defence has been key to Cheshire’s success, as they hold their opponents to an average of  71 points on their wins. Their aim will be to keep the Riders’ scoring to a minimum in this one, as they rank in the bottom two in the BBL in points per game, field goal percentage and three-point percentage.

The clash on the perimeter may prove pivotal to the outcome of this fixture, as two of the BBL’s best talents face off.

Larry Austin has led the Phoenix in points this season, scoring over 20 in back-to-back games. Meanwhile, last season’s leading scorer for the Riders has cooked from deep early in the season, putting up key points from the wing.

Austin, a 6’2” two-guard from Springfield, Illinois, is a second-year Phoenix and a four-year pro, having played in Turkey, Portugal and New Zealand. He averaged 14.4 points per game last season, establishing himself as one of the BBL’s elite perimeter threats.

Austin has active hands-on defence, coming up with steals for quick transition points. He is fast on the break and can run it coast-to-coast himself using his speed and handles. His handles are a weapon in the halfcourt too, with his ability to take on defenders one-on-one forcing elite defenders to take on the challenge.

Whelan will look to be up for it though, the GB international having received another call-up for his country after playing in Eurobasket in the summer.

Whelan was named to the BBL Team of the Year last season, averaging 15.3 points per game for the treble winners. The Warrington-born wing picked up where he left off this year, scoring 16 points per game and shooting 44.4% from deep.

Whelan is a deadly shooter from outside, his smooth release keeping defenders honest when guarding him. He’s an exceptional defensive player, and will fancy his chances of stepping up against Austin.

The game will be shown live on the British Basketball League YouTube channel, tipping off at 7:45 pm.