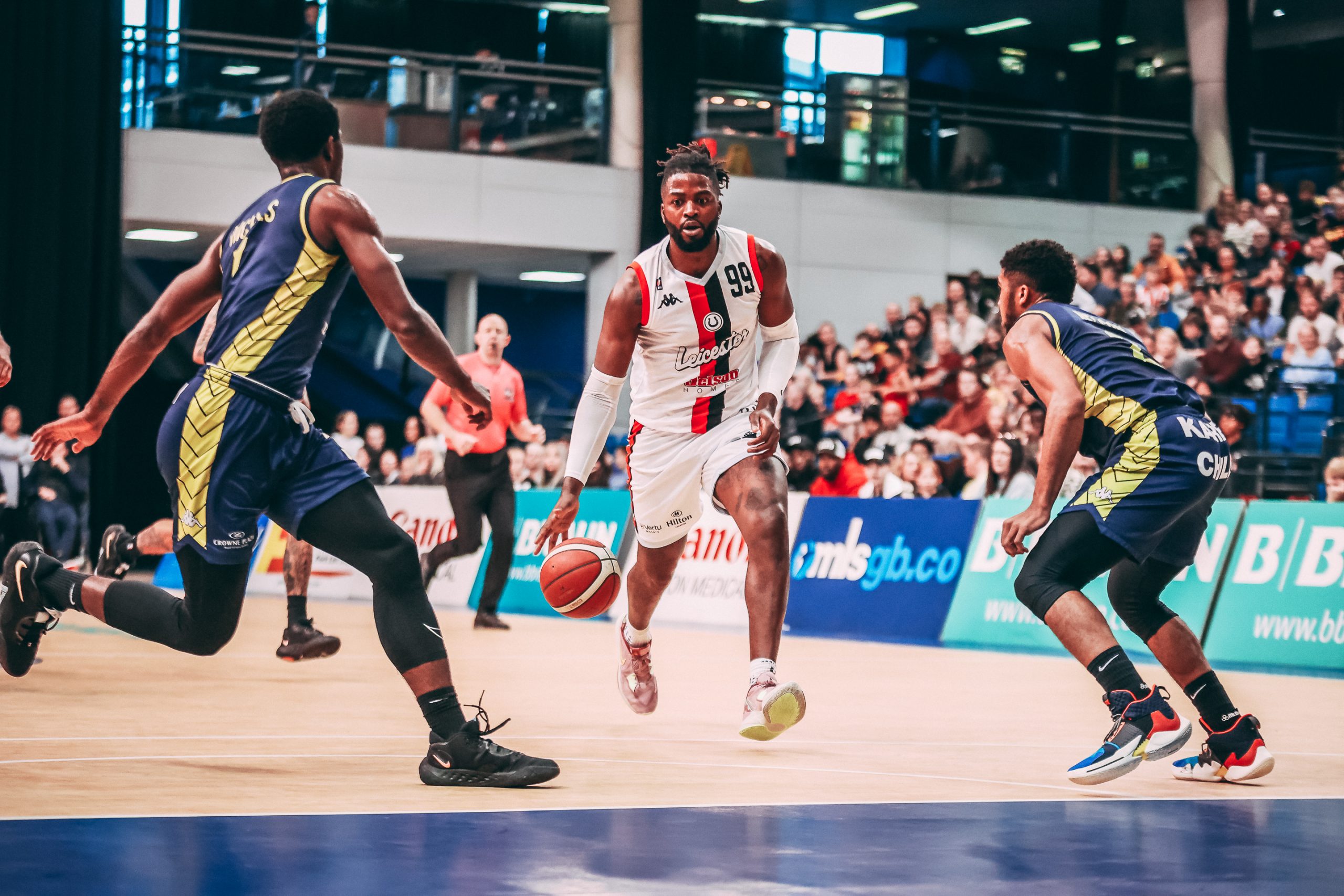 The Riders secured back-to-back wins over a weekend of games after beating the Sheffield Sharks 86-72.

In an exceptional team effort, the Riders had four starters score over 15 points in the game. They were led by 21 points from Derryck Thornton, the 6’3” point guard shooting 50% from the field.

Leicester exploded for a 24-13 third quarter, after falling down 15 five minutes into the period. Zach Jackson scored nine points in five minutes to end the third to build the Riders’ foundation to see the game out.

As a team, the Riders shot 47% from the field and 43% from three in a red-hot shooting night. Patrick Whelan led the charge from deep, making four of his seven attempts.

The Sharks enjoyed the better start of the sides, getting off to a 10-0 start. They scored eight points at the basket, finding success attacking the bucket. Following a timeout, the Riders’ found their feet offensively to stall the Sharks’ progress. They won the rest of the quarter 15-14, led by four from Thornton.

Blake Bowman got the second underway, bursting past Kipper Nichols on the baseline before going up strong to throw it down with two hands.

The hosts responded with an 11-3 run, still finding joy in the paint to get another eight points inside.

Thornton put the scoring load on his back to get Leicester back into the tie. He attacked the rim, getting two and-one plays using his speed and athleticism to explode to the hoop. The Riders put their first dent into the Sheffield lead, cutting the game to four following a Patrick Whelan triple.

They rode the momentum into the half, finishing the second with threes from Whelan and Kimbal Mackenzie to enter the locker rooms down 44-43.

The teams traded buckets in the third, with the score remaining within a possession seven minutes in. Zach Jackson attacked the rim with 5:45 left in the period, laying it in with his left to give the Riders their first lead of the afternoon.

Two minutes later, Jackson put two more on the board in explosive fashion. The Riders ran the fastbreak, and Jubril Adekoya threw up a lob from behind the three-point line to Jackson, who rose up high and threw it down.

Jackson took the game over, going on to score seven in 90 seconds to give his side a 10-point lead entering the fourth.

Leicester continued the scoring barrage to start the final period, and Loving and Whelan hit threes to make it 73-57. Whelan scored eight in the final quarter, as the Riders held the Sharks at arm’s length to see out the win.

“We said before the game that we’re tired of this lose one win one stuff; let’s string some together,” said coach Rob Paternostro after the game.

“Our offence has been playing well. Statistically, we’ve been up there in the league offensively. That’s a product of the talent we have, and our unselfishness. We played unselfish basketball today, so I feel good about where that’s at.”

“I thought our second unit did a great job turning the game around. Their impact on the game in the first half allowed us to be in the position in the second half to win.”

The Riders return home on Friday, taking on the Cheshire Phoenix in the hopes of getting their record above .500.